In a remastered version of Lynch’s 2006 film, the line between Laura Dern and acting is an infinitely rich mindfuck. 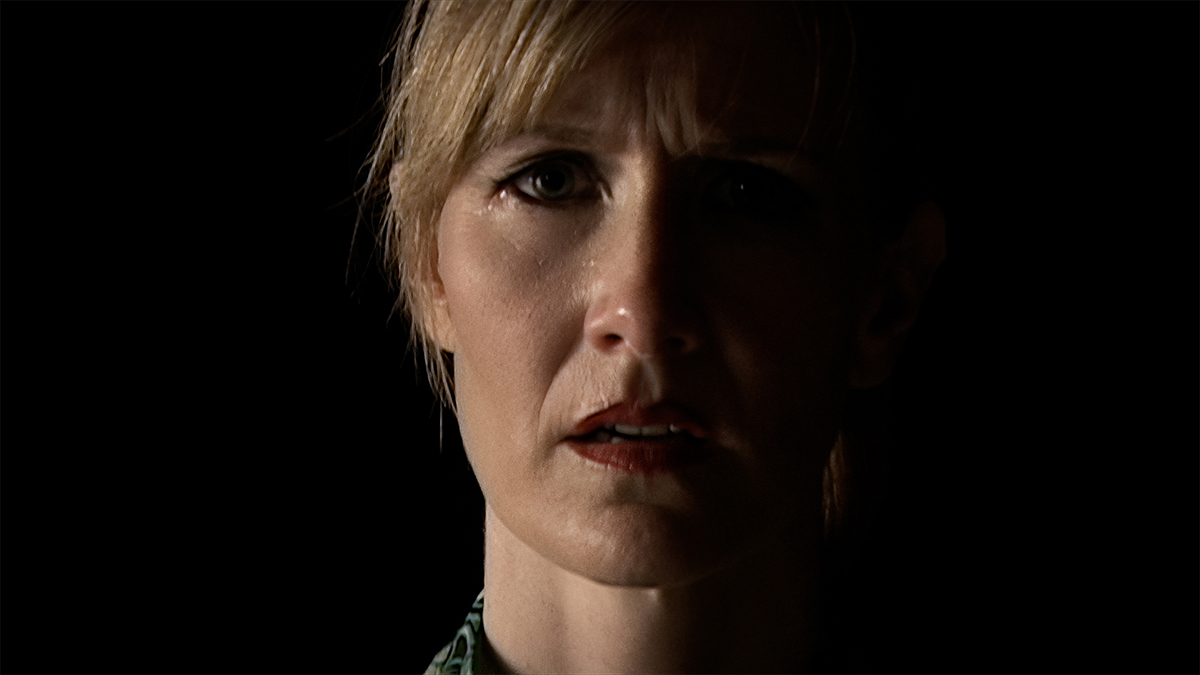 Inland Empire, the most disconcerting and labyrinthine of all David Lynch films, opens with a flurry of bewilderments that establish its confounding logic. No less than its immediate predecessor, Mulholland Drive (2001), Lynch’s 2006 dissociated epic of “a woman in trouble” (per the film’s tagline) is a coherent enigma, a mesmerizing discombobulation that consistently signposts its premises, the rules of its game, and the nature of the unanswerable questions upon which the movie is predicated. Cryptic to the max, Inland Empire is devoted to pondering an infinitely rich mystery: What is cinema?

Released between the launch of YouTube (2005) and the found-footage phenom Paranormal Activity (2007), Inland Empire was shot on cheap consumer video without a script over the course of three years, returned to in fits and starts, and assembled in bits and pieces into its final form. (Or perhaps semi-final? A newly remastered version is now playing in New York and LA and will open in other US cities.) Consistent with the Lynch oeuvre, the movie simultaneously evokes the emergent amateur video culture of Web 2.0 as well as Godard’s longstanding video interrogations of cinema. Mulholland Drive is the greatest movie about people who seem to be aware they’re in a movie; Inland Empire is equally preoccupied with the nature of cinema, albeit from a perspective of intensified technological and aesthetic estrangement. 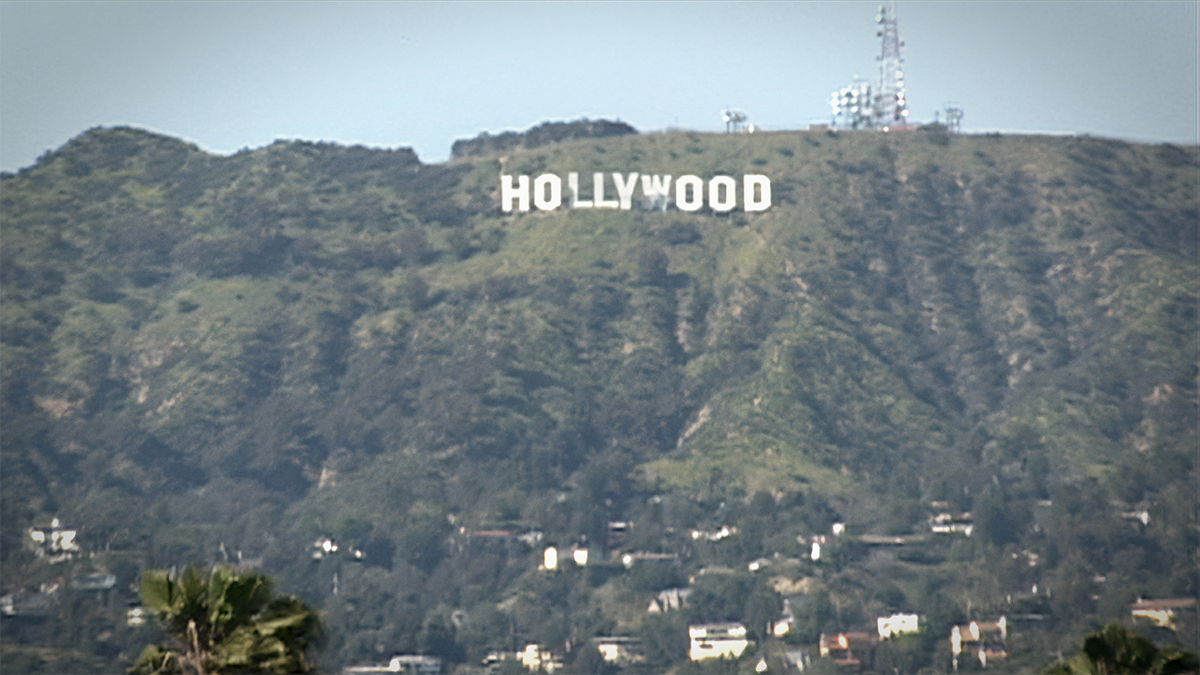 We open at Cinema Ground Zero: a projected beam of light slicing through the void to reveal the title of the film followed by an extreme close-up of a record needle accompanied by a voiceover: “Axxon N., the longest-running radio play in history. Tonight, continuing in the Baltic region, a gray winter day in an old hotel.” We will later encounter an “Axxon N.” glyph scrawled in chalk on one of the endless doorways through which characters enter and exit, transported to inscrutable locales with no causal explanation beyond the fact that editing is a technique to secure continuity by convention, not necessity. One of the great pleasures of Inland Empire, once you’ve made peace with its protocols, is the equanimity with which it liberates itself from the dictates of spatiotemporal consistency—which is to say, the codifications of normative storytelling.

As foretold (Inland Empire is overstuffed with oracular pronouncements and premonitions), we are indeed transported to an old hotel in the Baltic region, where a sex worker, accompanied by a menacing handler, their faces digitally smudged, ponders her predicament in subtitled Polish: “I don’t recognize this hallway . . . Where are we? What’s wrong with me? This is the room? I don’t recognize it.” Everyone we encounter throughout Inland Empire, where the conundrum of identity is axiomatic, is comparably bamboozled. The script is laced with riddles and questions: “What time is it?” “Look at me and tell me if you’ve known me before.” “Where was I?” “I’m sitting here wondering, how can this be?” “I don’t know what was before or after . . . and it’s kind of laid a mindfuck on me.” 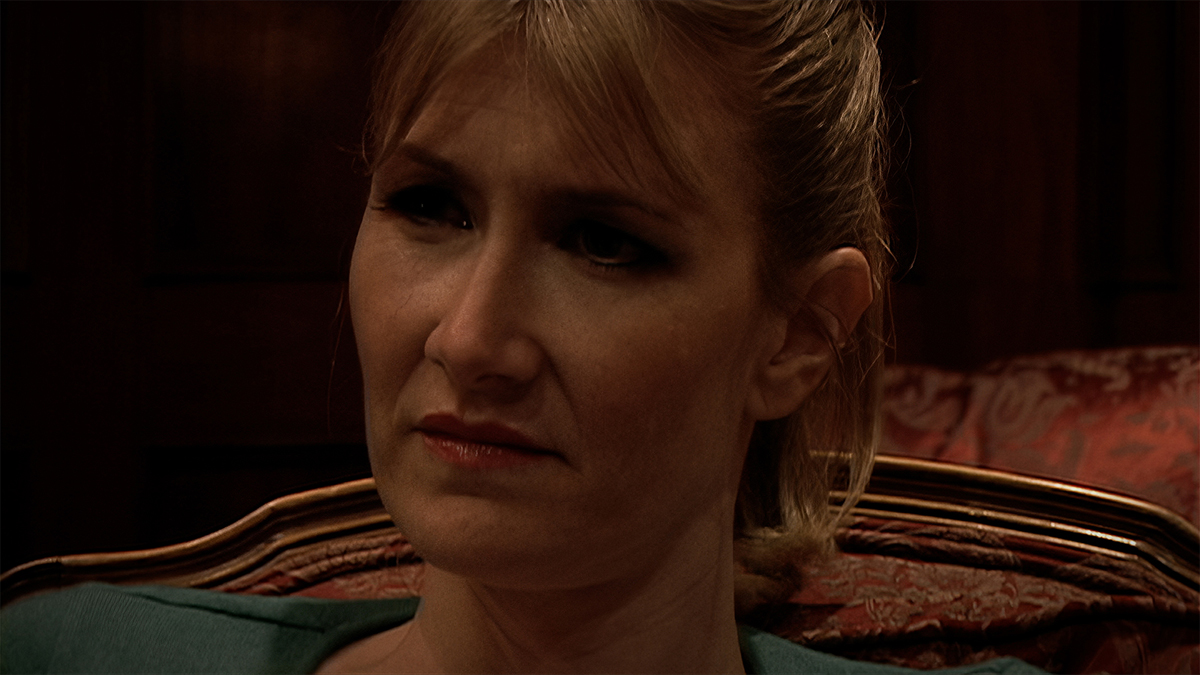 Abrupt dislocations and temporal wormholes are the film’s chief storytelling principles, but a narrative premise eventually comes into focus, even as Lynch, doing much of his own cinematography, revels in the fuzzy depth of field, blotchy textures, and warped perspectives of his camcorder. Laura Dern stars as Nikki Grace, an actress playing the part of Susan Blue in a romance entitled On High in Blue Tomorrows alongside leading man Devon Berk (Justin Theroux) in the role of love interest Billy Side. For the first of its three hours, Inland Empire more or less adheres to the template of the making-of-a-movie-within-the-movie genre, replete with rehearsals, coffee breaks between takes, intimations of a growing attraction between the leads, and a hilarious promotional appearance on a talk show hosted by Diane Ladd.

Irrational shenanigans are nevertheless stirring in the background, heralding an incipient rupture that sends the remainder of Inland Empire spiraling. During a read-through of the script, a strange noise emanates from the back of a soundstage, which Devon investigates to no avail. Meanwhile, the director (Jeremy Irons) springs some unsettling news: On High in Blue Tomorrows is a remake of a cursed German film based on a Polish folktale left unfinished due to the effect, never specified, of “something inside the story,” as well as the fact that both of the leads were murdered. 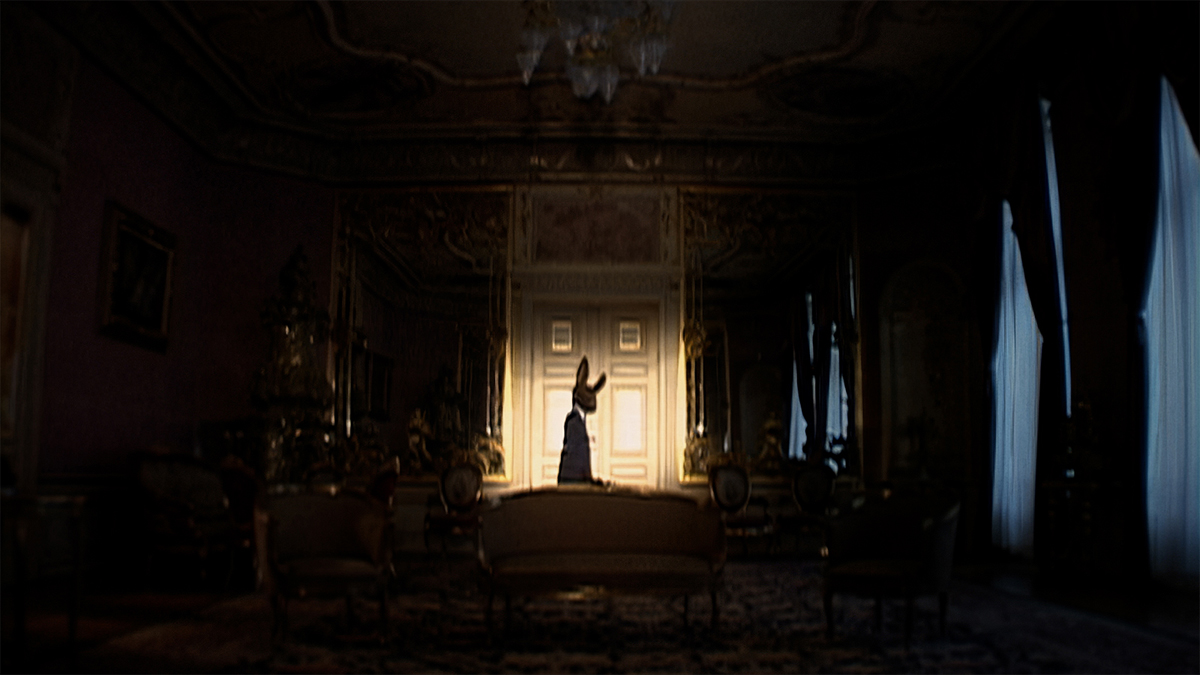 One can’t help but think of Mulholland Drive, another corpse-ridden project that was rejected as a TV pilot and then recuperated as a feature film. As in that earlier tale of a woman in trouble, Inland Empire seethes with toxic men and an atmosphere of sexual menace. One night at dinner, Nikki’s creepazoid husband, Piotrek (Peter J. Lucas), pulls Devon aside and warns him that “my wife is not a free agent” and is bound to him by the bonds of marriage. “There are consequences to one’s actions,” he intones, “and there would, for certain, be consequences to wrong actions. Dark they would be, and inescapable.”

This admonition serves less as a diegetic warning not to bang my wife than as a textual utterance not to fuck with the primal, deeply fraught bond that links actor to character. Inland Empire is indifferent to the stakes of a potential affair but ferociously concerned with the commitment actors make to dissemble themselves, to the truth they invest in lies, to the consequences, dark and inescapable, of pretending to be someone you’re not. That tagline—“a woman in trouble”—is a variation on another of the film’s motifs: “I’m not who you think I am.” 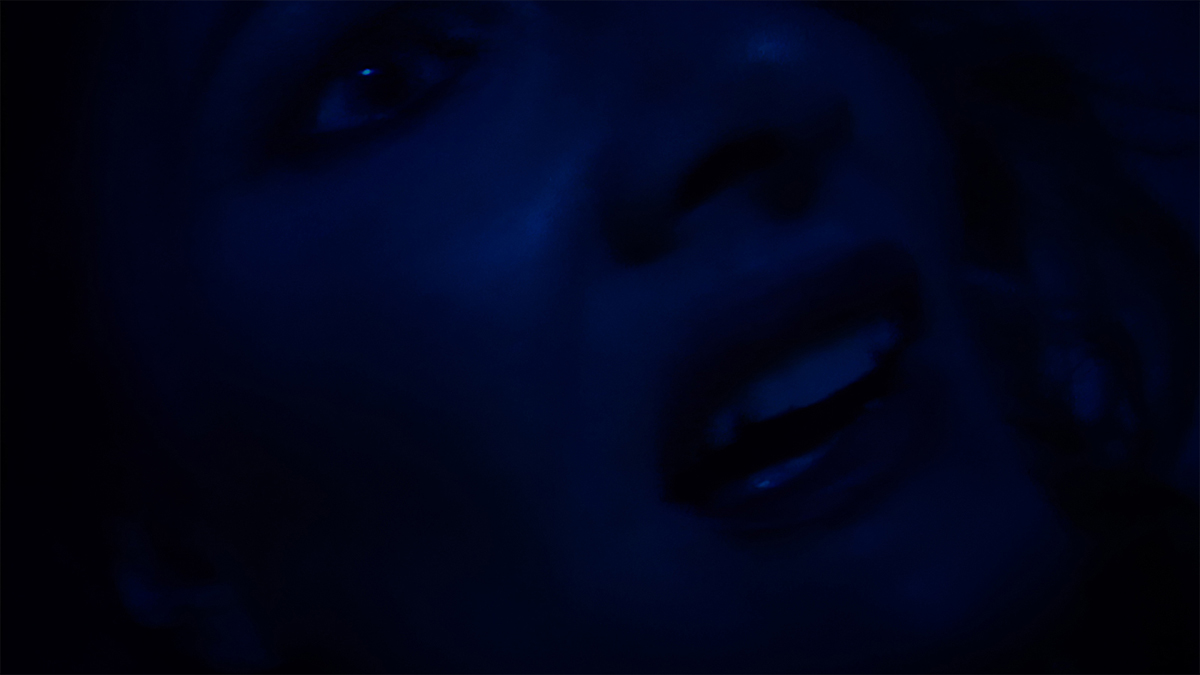 Soon thereafter, Nikki and Devon (or is it Susan and Billy?) wind up in bed together, bathed in rich blue light, as if canoodling inside the cerulean box from Mulholland Drive. Indeed, their sex scene is a crypto–Club Silencio, the moment when the movie cracks apart and reconstitutes itself. Except here we enter not a second phase of narration with a legible premise, along the lines of the ill-fated love between Mulholland Drive’s Diane and Camilla, but rather a dizzying proliferation of non sequiturs, doppelgängers, roads to nowhere, and implications of a brooding multiverse. The narrative doubles and triples back on itself, phase-shifting between California and Poland, and all but abandons any connection to On High in Blue Tomorrows.

Or does it? The concluding stretch of Inland Empire riffs with galvanic force on the question posed at the finale of David Cronenberg’s eXistenZ (1999): Are we still in the game? If the film ends with Dern/Nikki/Susan emerging from their ordeal on an ambivalent note of catharsis, the resolution is no more determinate than what preceded it. And yet, however erratic the film’s detours and whimsies, the sovereign empire being traversed is ultimately the sublime topography of Laura Dern. Onscreen for nearly the entire runtime, she pulls off the remarkable feat of being in total control of a scenario organized by undermining her identity, obliterating her characterization, and so scrambling the distinction between Nikki and Susan that one eventually comes to view Inland Empire not as a maze to exit, a puzzle to solve, an ouroboros to gawk at, but rather as both a generalized treatise on the enigma of acting and a very specific, exquisitely perverse mash note to one of Lynch’s most formidable collaborators. Working under the capricious production conditions, Dern admitted to not knowing what the movie was about. But if she didn’t know what was before or after, that mindfuck belongs to us, agog at her dedication to the bliss of an abyss.

Nathan Lee is a visiting assistant professor in the Department of Film and Media at Emory University. He is a former film critic for the New York Times, Village Voice, and Film Comment.