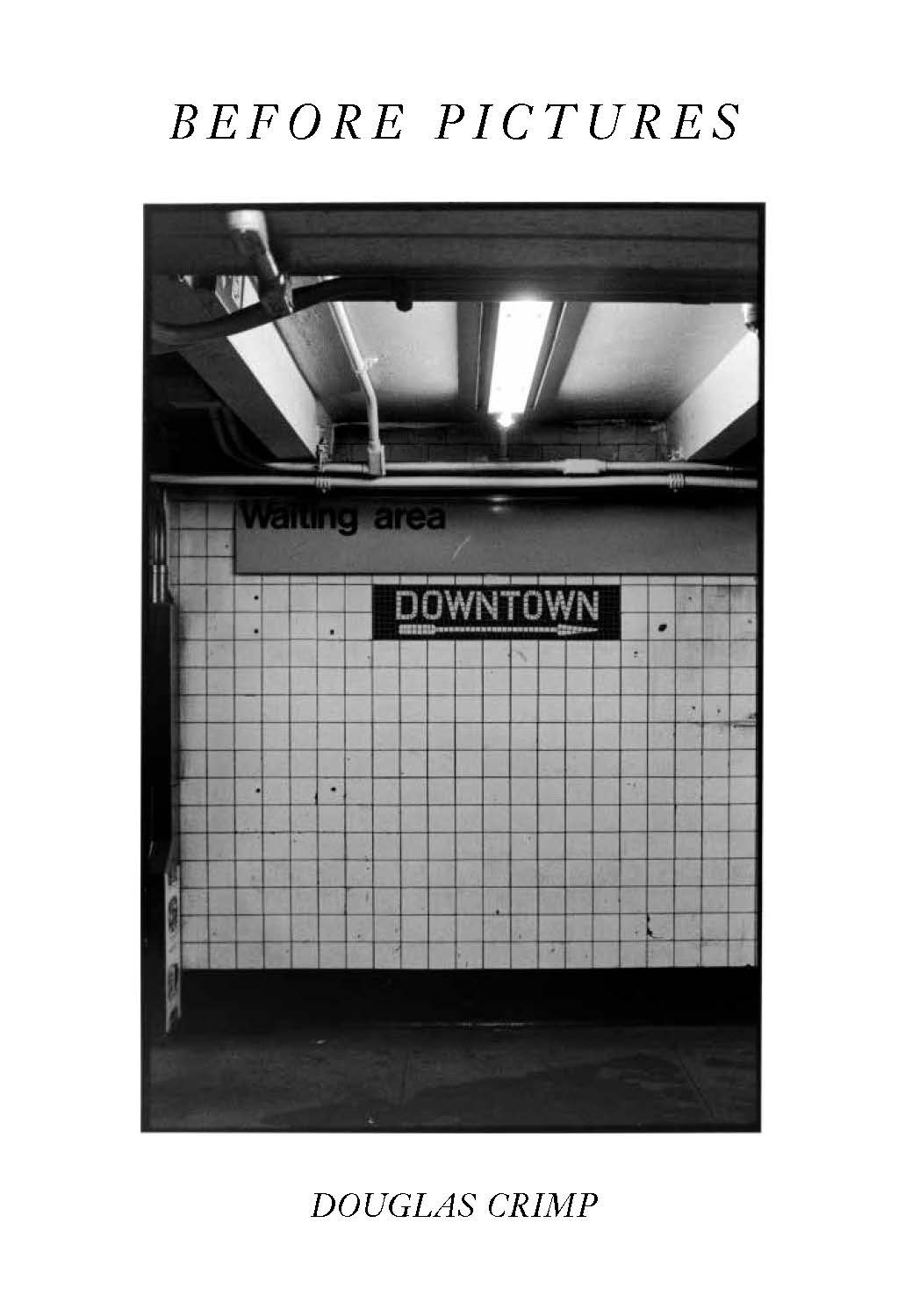 Before Pictures, the memoir by esteemed art historian and pioneering queer activist Douglas Crimp, begins with an idyllic image of rural Idaho. It’s a snapshot, taken by a member of Crimp’s family, on a day of sun and a few graceful clouds; in the foreground are dry summer meadows that open onto a panorama of bushy pine trees lining the glassy sheen of Lake Coeur d’Alene. For all its natural beauty, Crimp characterizes the area as one populated by shameful white-supremacist ideologues and far-right conspiracy theorists—people who motivated his escape from the small town in 1962.

In the summer of 1977, the author returned to Coeur d’Alene from his adopted home of New York City, making a family visit on the precipice of two events that would contour both his personal life and his career: the sudden death of his father and, shortly after, the opening of the group exhibition Pictures, which he organized at Artists Space in New York. The bulk of Before Pictures revisits the events and relationships of his life between 1962 and 1977, detailing his regrets, lusts, and passions while simultaneously addressing his role as an art critic and historian through dutiful argumentative claims and ex post facto corrections. More than anything, Crimp’s written testimony here reveals a profound ambivalence toward the act of historicization in which he partakes both as a writer and subject.

Mounted in the fall of 1977, Pictures included works by Troy Brauntuch, Jack Goldstein, Sherrie Levine, and Philip Smith that—in Crimp’s view—revealed new truths about the status of images in mass culture. Although not included in Pictures, Cindy Sherman, Richard Prince, and Louise Lawler over time became associated with it, and the exhibition was regarded as a bellwether of postmodern art. But as Crimp himself points out, while Pictures toured to a number of venues around the US, it was the eponymous article he published with the academic journal October nearly two years later that continues to be read and discussed today. Crimp devoted much of his later writing to AIDS and queer politics, publishing in 1987 (as then co-editor of October) a special issue of the journal on AIDS activism and visual culture. He also authored a number of cherished books, including “Our Kind of Movie”: The Films of Andy Warhol, a study of Warhol’s vast and protean film oeuvre, and since the early 1990s he has served as a professor of art history and visual culture at the University of Rochester.

Crimp’s accounts of critical and art historical discourse during the years “before Pictures” reveal a remarkable level of passion and commitment when contrasted to the empty pluralism that marks today’s open field of commingling critics, artists, curators, and consultants. He recounts one job that he held at Art International for only five months, being fired by its publisher for opposing what Crimp called the “cliché that drawing is private, intimate, revealing of an artist’s true sensibility.” It’s difficult to imagine such consequences leveled toward this kind of medium-specific critique today, in a field now as equally informed by economic and cultural liberalism as by its rapacious demand for content.

Other aspects of Crimp’s memoir similarly beg comparison between “then” and “now.” With respect to Crimp’s particular period in New York City, the book draws attention to habits or locales of the era that have been pushed out or destroyed, underscoring the familiar sense of how much the city has changed. Crimp illustrates how Max’s Kansas City, a lively downtown Warhol-crowd haunt, had a room in the back “dominated by a Dan Flavin sculpture hung above a booth in one corner, bathing the room in fluorescent red.” Today, Flavin’s sculptures illuminate the shop windows of Calvin Klein’s flagship on Madison Avenue as a holiday light installation. Elsewhere Crimp renders enchanting descriptions of his lustful ventures along the West Side piers, where scenes of gay cruising gave Alvin Baltrop a compelling subject for his voyeuristic photographs. Now, many of the piers are inaccessible and generations of gays have opted to sext across hookup apps on mobile devices—cruising in the cloud.

On one hand, Before Pictures invites readers to make these kinds of temporal contrasts; such juxtapositions, however, serve to seal off the past as something distinct from current conditions. Crimp argues, pointedly, for a more nuanced and porous view of history in his discussion of Pictures. He deflects retrospective appraisals of the show by New Yorker art critic Peter Schjeldahl (“I missed “Pictures,” a movement-initiating, instantly legendary group show”) and Guggenheim curator Nancy Spector (“Pictures has entered the pantheon of paradigm-shattering exhibitions . . .”) that reductively pin the exhibition’s legacy as somehow destined. Instead, Crimp insists that the exhibition’s “reputation accrued over time and inevitably departed from its origin.” In his closing words, the author reiterates his ambivalence to the forces of record that have guided Pictures’ reception: “It historicizes me,” he laments. Such dynamics, though, are not exactly a process this memoir overcomes.

Still, Before Pictures offers readers much to savor, from marathon disco parties to the ballets of George Balanchine—all of which Crimp describes with a languid, light prose, and a socially inclined, sanguine temperament that should appeal to non-specialized readers with broad cultural interests. Crimp evinces his dexterous combination of sweeping enthusiasm and incisive observation in a passage assessing club dancing’s culminating phase at dawn:

“At that point, the music is always good, there’s plenty of room on the dance floor, and only the serious discoers are left. But best of all your body has quit resisting. It has unstoppable momentum. That is the one thing about disco comparable to any other experience. It’s like what happens in distance running or swimming. You pass a point where you’re beyond tired, beyond pain, beyond even thinking about stopping, thinking only that this could go on forever and you’d love it.”

When it comes to specialized topics, like postmodern image critique or experimental ballet, Crimp renders them accessible not by watering down complex ideas, but through an endearingly anecdotal and highly personal style. Indeed, Crimp’s devotion to articulating the delights and the hazards of his experience and fascinations—and the sprawling set of practices they encompass—is precisely what gives the book its richness, and its pleasure.

Nicolas Linnert is an art critic and historian living in New York. He is a regular contributor to Artforum, and was recently a Helena Rubinstein Critical Studies Fellow of the Whitney Museum of American Art Independent Studies Program.