Pop
A Seat at the Table 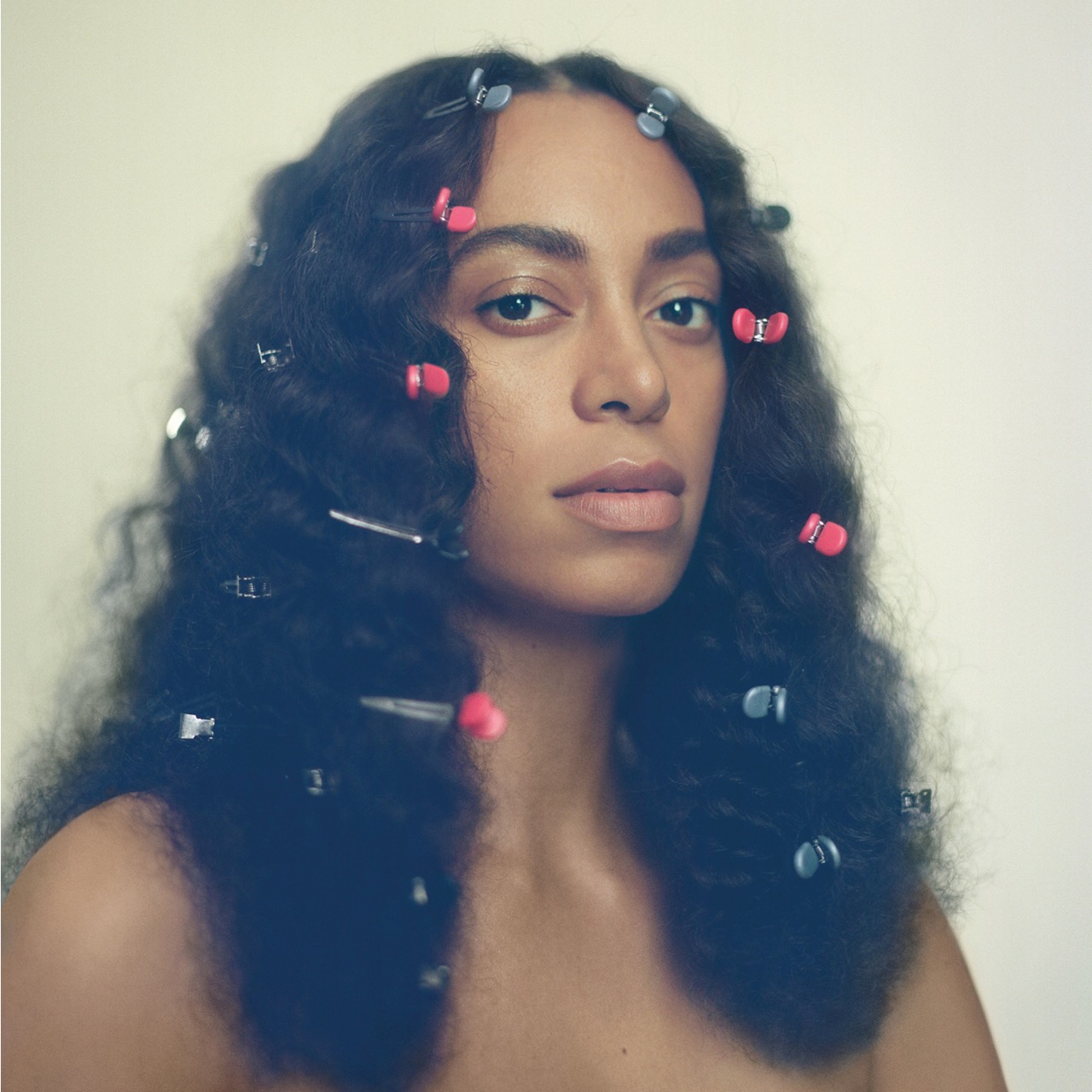 The outward interpretation of the title Solange Knowles gives her third full-length studio album, A Seat at the Table, is Knowles’s place at America’s table. As a black woman, she claims this at a time when systematic racism and violence have gained an urgent level of national awareness. The album melds a half-century of genres pioneered by black musicians—funk, jazz, hip hop, R&B, soul—into a cool, sultry, modern, and gorgeously produced journey of pathos and avowal. Musical interludes narrated by artists and entrepreneurs like Master P and Mathew Knowles, her father, speak directly to the quandaries black Americans experience at all stages of life and success. During the track “Tina Taught Me,” Tina Knowles, the artist’s mother, assures, “Because you celebrate black culture does not mean that you don’t like white culture, or that you putting it down, it’s just taking pride in it.”

Only the most diehard cynic could allege that sailing Black Lives Matter values into the content stream of consumer culture exploits the movement selfishly. On the contrary, the soul-searching of a woman of Solange’s wealth and influence drives home the point that racism is not an issue limited to class; class is only one of many constructs leveraged to enact racism. A friend of mine summed up the cultural metamorphosis this album signals in one flippant observation: “Solange takes being woke from crunchy to sexy,” from a style steeped in militant liberalism to one that reflects worldly polish and chill. Mainstreaming radical politics is of course a double-edged sword: It can be a powerful weapon for a cause’s objectives. But it can also dispossess those constituents who don’t live up to the cause’s sparkly new image.

A week after A Seat at the Table’s release, Solange had the cheering reverence of critics and fans, a spate of trending singles, and the No. 1 album on the Billboard 200 chart. This last achievement puts her in the rare company of her sister, Beyoncé, earning a seat at the metaphorical Knowles family table, too. That said, comparisons to her famous sibling shouldn’t dilute Solange’s own sudden arrival as pop poet of the moment, finding her voice during the American Walpurgisnacht stoked by Donald Trump. The sisters’ embrace of Black Lives Matter couldn’t be channeled more diametrically through their work. Beyoncé’s earth-stopping “Lemonade” delves into Southern regionalism in a way that reinforces her own creation myth. Solange does little to locate herself, which rather than a telling provenance conveys a strong sense of being present.

The vexing misperception that Solange’s success trickles down from Beyoncé’s empire may never be dispelled. The truth is more complex: the radiance of her supernova sister has given Solange a kind of cover—a celestial sanctuary from which to access unfathomable resources that have enabled her to mature as an artist while keeping one foot planted in the anxieties and insecurities of everyday reality. Whether strategically tailored by the artist or not, Solange’s sound and look have to this point been consumed as counterpoints to her sister’s Aphrodisiac blaze. She is the edgier one, the less-assuming one, the underdog, the real girl, the keeper of the flame—however mythic—that indie culture exists in opposition to mass culture (rather than being merely its brand extension).

The video for “Cranes in the Sky,” the album’s lead single, is the first time I have seen Solange styled in such a way that capitalizes on her natural godliness as a Knowles, but through a lens that is distinctly her own. Beyoncé’s visual albums are works of grandiose cinema; “Cranes” is more aligned with the optical appetites of Instagram and for play on smartphones. The video is a carousel of moving images advanced by the downbeat of an acoustic drum set, in which each scene places Solange as the focus of a new, aesthetically engineered environment. With or without the company of uniformed models, she starkly addresses the camera in a sequence of fanciful monochrome outfits, first in studio settings, then in locations of curious geometries and textures—a sea of maroon carpet bounded by sweeping modern staircases, a white-tiled arboretum, a room gridded with construction materials—and by the song’s climax, in a globetrotting panorama of awesome landscapes. This is unequivocally a logic for courting likes. It was on Instagram that Solange wrote that she composed “Cranes” eight years ago. “Away, away, away, away, away”—the willowy refrain captures a solace gained from confessing sorrows she cannot shed.

Solange’s ascent illustrates the power of timing in today’s media landscape. Typically, the ebb and flow of twenty-first-century singers adheres to the first law of thermodynamics. Energy can neither be created nor destroyed, only transferred or changed from one form to another. Top entertainers fall in and out of favor with fans and followers, and when one loses relevance, the opportunity arises for another to move up a notch. When an artist upsets this order as Solange has, it seems to be a transubstantiation of the real political temperature of the moment into song. Four years ago, during the last election—as America attracted comparisons to the late Roman Empire—Lana Del Rey similarly apparated in the pop pantheon. Christopher Glazek described Del Rey, in Artforum, as “postironic satire—a Swiftian revival that multiplies the objects of its parody with such reckless guile that it seems challenging and new.” If Solange has inherited Del Rey’s mantle, she has rewoven its fabric from hipster decadence and millennial ennui into one of social consciousness and collective empathy. While we are squarely living in the age of disruption, the transformative might of A Seat at the Table doesn’t come from jostling the status quo. Its sounds and credos aren’t new—in fact, they are mostly throwbacks and echoes of a lineage that has only been denied attention because it has lacked a fashionable vernacular. Solange has opened that portal to the mainstream. By synthesizing the good and the bad of the national political climate, as well as the privileges and prejudices that define her own duality, she has made a commercial record that is formidably popular yet sublimely human.