Film
The Worst Person in the World

Thirtysomething: coming of age, and nowhere to go. 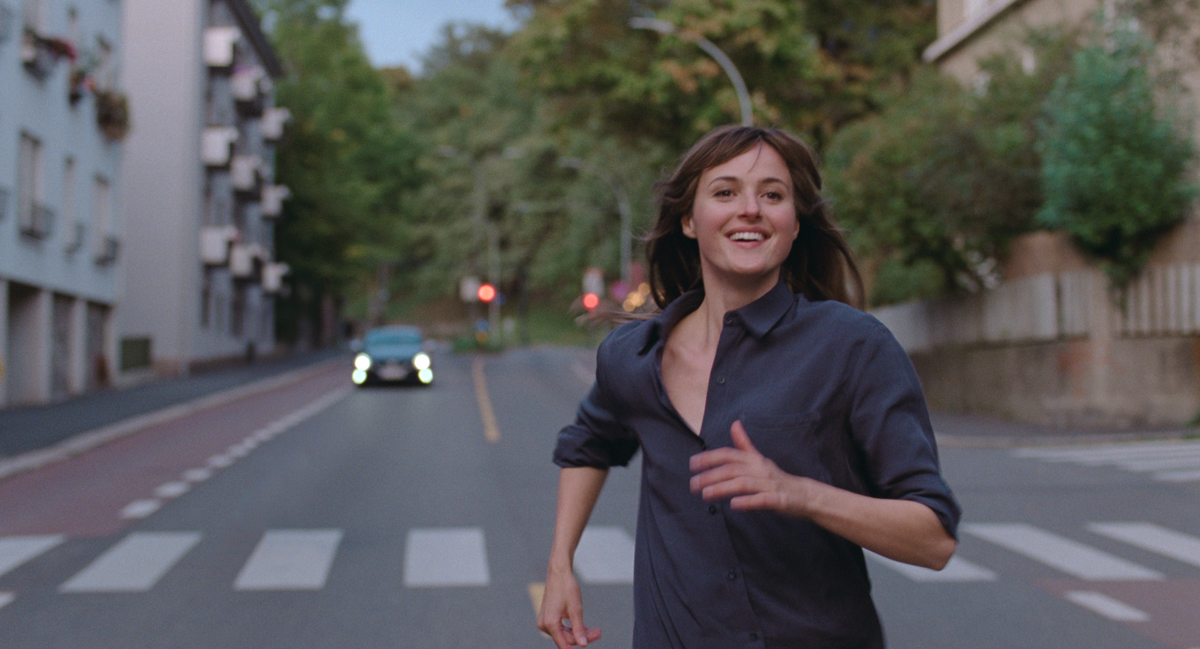 Renate Reinsve as Julie in The Worst Person in the World. Courtesy Kasper Tuxen. © Oslo Pictures.

The Worst Person in the World, directed by Joachim Trier, now playing in New York and Los Angeles

Long a successor to the marriage plot, the search for self is a story whose purview only expands. In real life and in the realm of narrative, the secular and the privileged especially now come of age as often and as endlessly as circumstance requires. The removal of limits from this process, essential to its redefinition, places a particular burden on the stories told about it: a tale of self-discovery might be measured by its reckoning with the banality of passing years, if not decades, in a state of wet-eared unbeing. For no one more than the becomer, becoming one’s self is in fact among the most extravagantly boring things a person can do. For sympathetic audiences the genre’s appeal lies in the way it ennobles—or at least enlivens—an ordeal whose primary features they know to be tedium and shame.

Such were my thoughts on first watching and wondering about The Worst Person in the World, the third film in Norwegian director Joachim Trier’s so-called Oslo trilogy, which also includes the literary coming-of-age drama Reprise (2006) and Oslo, August 31st (2011), about a man’s halting attempt at sobriety. Not because I was bored, exactly: divided into fourteen sections with headings like “Cheating” and “Oral Sex in the Age of #MeToo,” The Worst Person in the World if anything works too hard to animate a young woman’s desultory slide into her thirties. Instead I was keenly, perhaps newly aware of not being as enrapt by the question of how things would turn out for the luminous, perfectly aimless Julie (Renate Reinsve) as I was meant to be. At its most mannered and perfunctory, the film felt a bit like opening an old diary only to discover how little of herself its author was determined, or able, to leave behind. 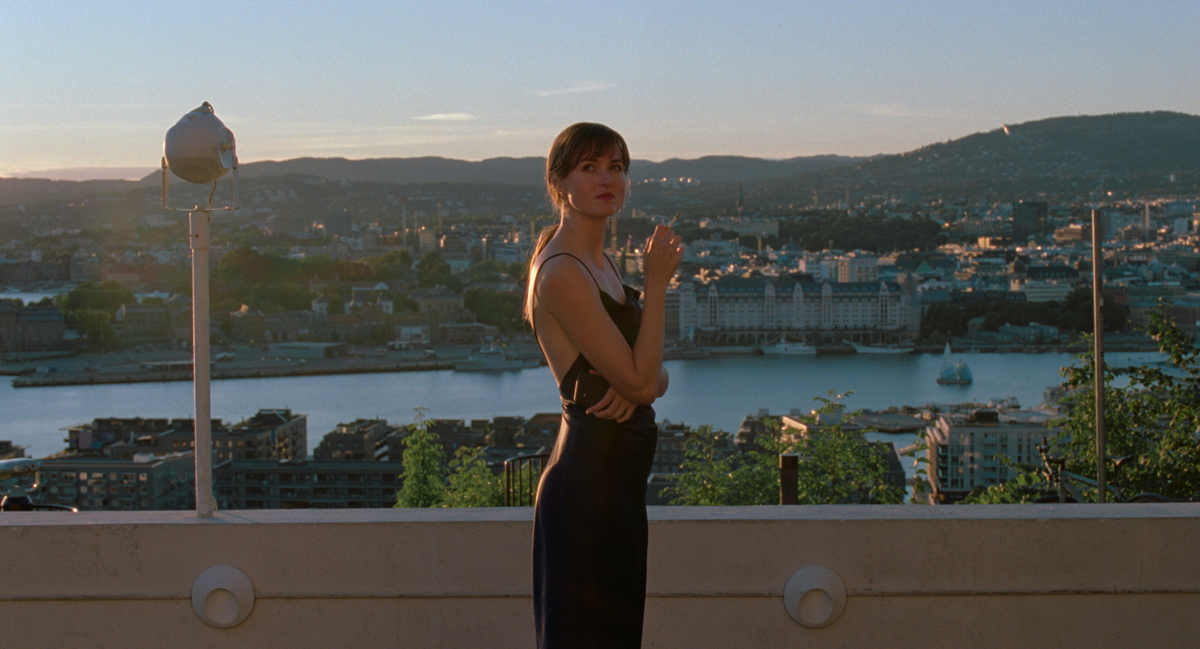 Renate Reinsve as Julie in The Worst Person in the World. © Oslo Pictures.

And yet The Worst Person in the World—the only film in the male-centric trilogy to foreground a woman, and which Trier coscripted with his longtime writing partner Eskil Vogt—has a distinctly authored feel. When narration intervenes, as it does in four of the first seven sections, it is not Julie’s voice we hear but that of a generic, more mature woman. “Julie disappointed herself,” this narrator confides during the prologue, which opens with Julie standing alone on the margins of a party, a sylph-like figure in a slinky dress, cigarette poised as she gazes out over the Oslo Fjord. A frenetic pop song–driven sequence follows, in which we track Julie from college through a cycle of career-path restarts (medicine, psychology, photography) and a corresponding rotation of model-hot men. The last of these is Aksel (Anders Danielsen Lie), a fortyish underground cartoonist whose best-known character, we are told, is a fiendish cat with “one of the most iconic buttholes ever.” I found that claim more believable than Julie’s feelings for Aksel, which according to the narrator solidified only when he tried to dump her. The passive, reactive quality of Julie’s desire forms a kind of operating premise for the story. To become the hero of her own life, this protagonist would first have to breach its periphery, stop watching it pass from a vaguely cinematic remove. 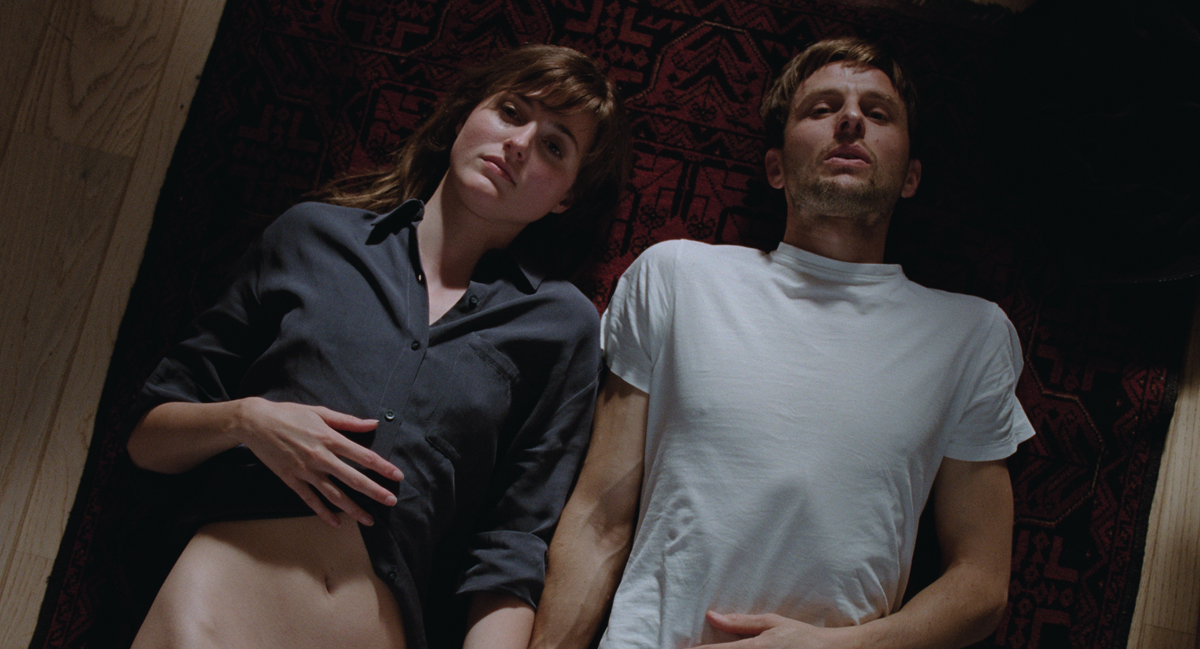 Renate Reinsve as Julie and Anders Danielsen Lie as Aksel in The Worst Person in the World. Courtesy Kasper Tuxen. © Oslo Pictures.

Of equal interest, for me at least, was the intertwined question of whether Reinsve (who won the best actress prize at Cannes for this film and had a small role in Oslo, August 31st) could free Julie from the various traps Trier has set for her. Fine-featured and slight of frame, Reinsve, for the first two-thirds of the film, must sustain a coherence of character across chapters that veer wildly in tone and concept, from the manic-pixie rom-com feel of “Cheating,” in which Julie crashes a wedding and spends the night engaged in regressive flirtation with a new man (Herbert Nordrum), to her Mike Leigh–inflected thirtieth birthday with family, to a Trainspotting-esque mushroom bender with friends. That Reinsve must make Julie’s blurriness particular is a task impeded by Trier’s tendency toward the broad: the joke of the title is how basic, if not uninteresting, Julie and her problems (wanting “more,” creative frustration, kid ambivalence, “a gnawing unease”) turn out to be. Even her freedom, the novelty of which is highlighted in a sequence noting the fate of her maternal ancestors, is no longer special; indeed, it appears of a piece with her ennui. Julie’s mess is strictly meta, a matter of poor existential hygiene—and never less than pleasing to the eye. 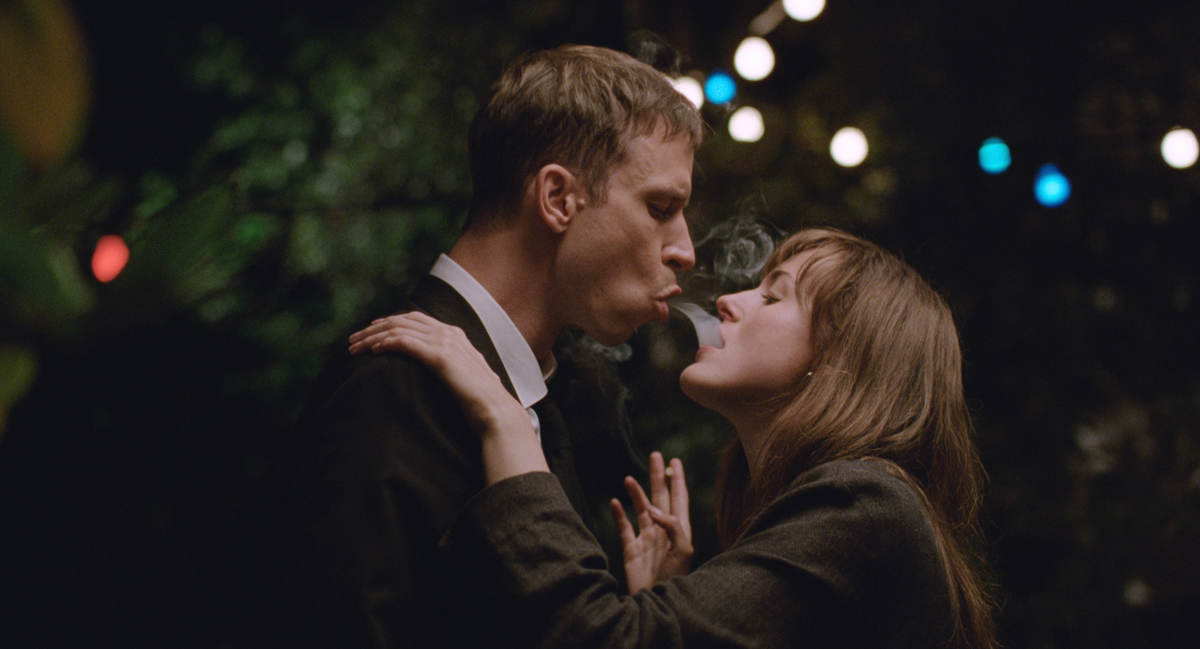 Herbert Nordrum as Eivind and Renate Reinsve as Julie in The Worst Person in the World. © Oslo Pictures.

Before its sudden turn in chapter ten, The Worst Person in the World plays mostly as a gentle, bemused indictment of extended young adulthood, specifically the havoc we wreak on each other in the name of knowing ourselves. Lacking the wherewithal to better channel her energies, Julie buries herself in two relationships, then blames them for her stagnation. Having complained of being a spectator in her own life, she appears to see very little. The stilling effect on Julie of a rude confrontation with mortality is echoed in Trier’s direction, which calms down enough to reframe and clarify his main characters, Julie and Aksel, two people who, having known one another for years, appear to be meeting for the first time. Trained on the terminal dwindling of a loved one, Julie comes into focus. It is here that Reinsve prevails, bringing to sustained, understated life a character she has been forced to inhabit in labored fits and starts.

The epilogue expands further the connection between Julie’s ability to engage the world and a more fixed sense of her place in it. Knowing where it arrives, I had more patience on my second viewing for the film’s reliance on shorthand and disjuncture. Those are two solutions, at any rate, to the problem of a “plot” with boredom and inefficiency baked into its foundation. If every story of becoming is a story about time—learning to tolerate its passage, accept its limits, show up anyway—in its arrangement of moments both loud and exceedingly small, this one insists on the possibility that through every unused hour and wasted year, despite all evidence to the contrary, life continues to be lived.

Michelle Orange is the author, most recently, of Pure Flame: A Legacy (FSG).