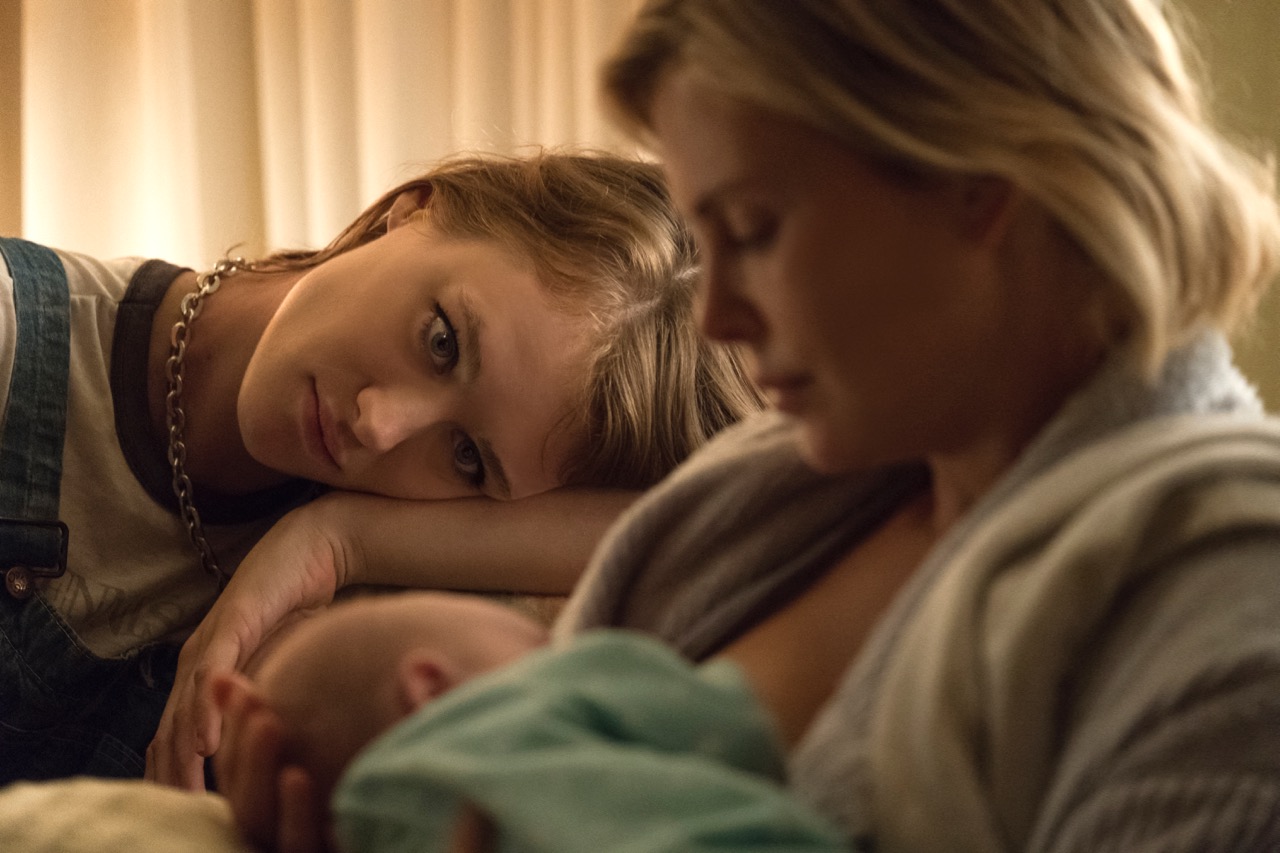 Motherhood is a bright line, a story often told in terms of severance, transformation, before and after. That it should be a story told at all remains a novel idea, dating roughly to the separation of those women who might choose whether or not to reproduce from their predecessors. When it became a matter of individual choice, and not a forced circumstance or a given in the life of any woman who hoped to qualify as a woman, motherhood took a step away from millennia of mythic abstraction and metaphor, toward a new narrative viability. A condition of this step was the greater enfranchisement of women as humans, individuals, storytellers—all of whom might be free to disagree, even with one another, and especially on the subject of motherhood.

In becoming a question—rather than an unremarkable facet of woman’s existence—motherhood became a story of dimension, consequence, and, above all, division. In modern formulations, motherhood threatens to cleave a woman from herself, and from the world. “The twentieth-century, educated young woman, looking perhaps at her mother’s life, or trying to create an autonomous self in a society which insists that she is destined primarily for reproduction,” Adrienne Rich wrote in the mid-1970s, “has with good reason felt that the choice was an inescapable either/or: motherhood or individuation, motherhood or creativity, motherhood or freedom.”

Marlo (Charlize Theron), the central character in Tully, the third collaboration between director Jason Reitman and screenwriter Diablo Cody, would have been a baby when Rich wrote those lines. Juno (2007), for which Cody won an Oscar, and Young Adult (2011), which also starred Theron, established the Reitman-Cody milieu: salty female protagonists in conflict with a sense of how and who the world wants them to be. The pair became known for giving a fresh edge to stories of female becoming (teen pregnancy, the crisis of single womanhood), and for doing their best work in partnership. Marlo, the latest Reitman-Cody heroine, is also the eldest: fortyish and pregnant with her third child, she is a woman whom motherhood seems to have placed beside herself. 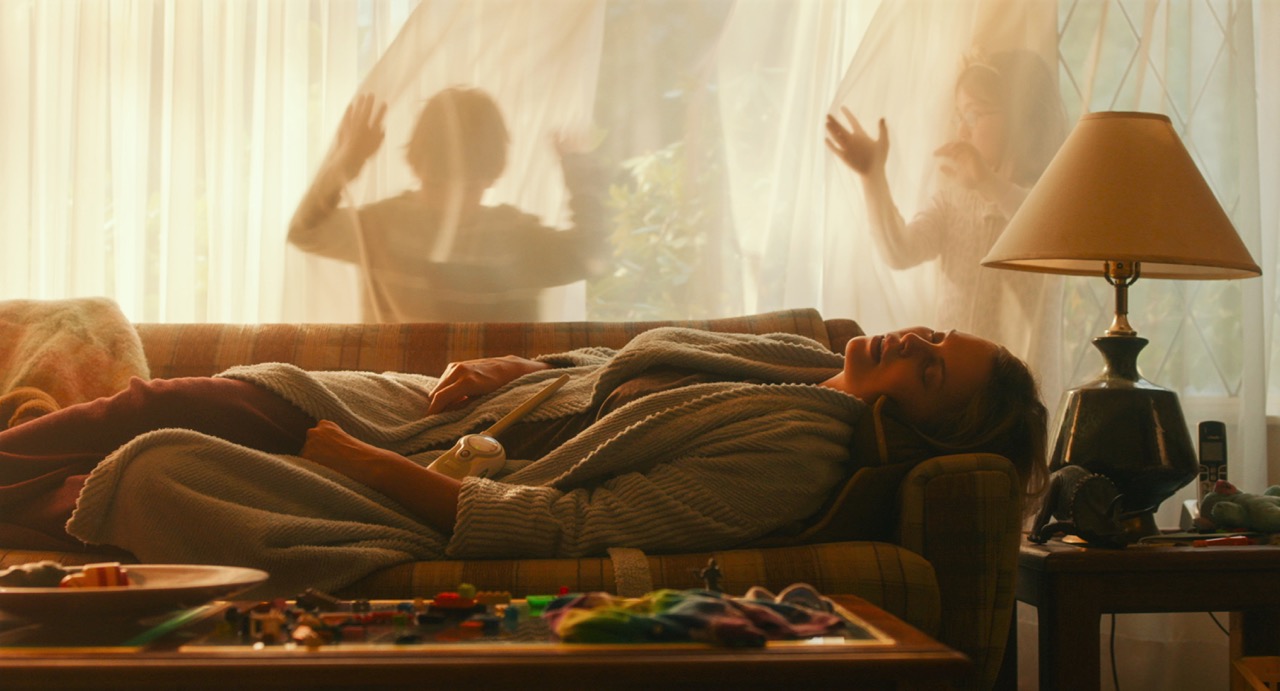 For the first half of Tully, Cody and Reitman suggest that the better part of Marlo’s plight is circumstantial: she is miserable because she is tired, not the other way around. Married to the pleasant, benign Drew (Ron Livingston), and settled in a suburb outside New York City, where she spent a raucous youth, Marlo’s choice to live a modest, middle-class life and raise children is not in question. Her work in human resources is mentioned in passing, with a shrug, and she claims no greater—or at least no specific—ambition. “If I had a dream that didn’t come true, I could at least be pissed off at the world,” she says.

Still, Marlo is angry—and divided. A third child, we are meant to understand, was not part of the plan. (Then why have it? asks no one.) The cluttered home where Marlo lives with Drew, her special-needs son (Asher Miles Fallica), and eight-year-old daughter (Lia Frankland), is mired in the kind of curtain-filtered haze that cries for an opened window. In the final stage of her pregnancy, Marlo is a figure of suffering and isolation, hectored by her kids, neglected by her husband, and judged and belittled in the unforgiving, daylight-flooded spaces beyond her home. In one scene, Marlo runs into an old roommate and former lover, a child-free woman still living the dream in hipster Brooklyn. Taking in her stained clothes and massive belly, the woman looks at Marlo like she’s a rotting corpse, a gross perversion of what she was and is meant to be. 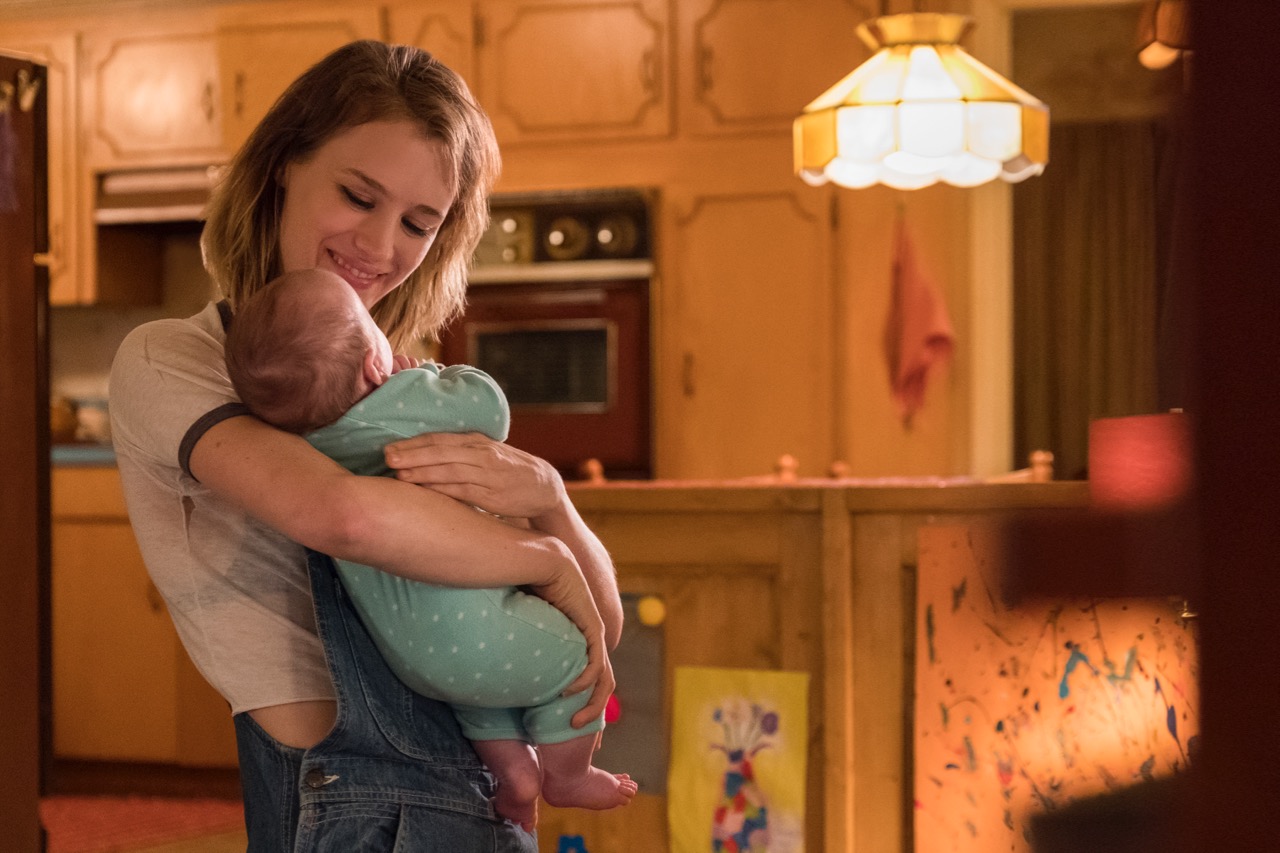 Tully hinges on the arrival of its title character (Mackenzie Davis), the night nurse whom Marlo’s wealthy older brother, Craig (Mark Duplass), offers to bankroll. Hints drop about Marlo’s previous experience with postpartum depression; the nurse is meant to be a hedge against recurrence. More elf than nanny, Tully is a millennial savior in nineties jeans: super chill, insinuating, mindful to the point of idiocy. She has chiseled deltoids and the conversational style of an Instagram poet. Tully unnerves, amuses, and above all relieves Marlo, who is able to rest at night, and see the world in color again during the day. Theron and Davis have a rapport that is at once uneasy and familiar; Marlo’s fear and skepticism cedes to fascination and real intimacy, a dynamic rarely depicted between women on screen. Cody’s humor—rabid in its pursuit of one-liners—relaxes in their scenes, which have an engaging warmth and appeal.

The appearance of a stranger at the door traditionally sets a story in motion; Tully’s arrival, though, stalls Tully, or at least draws some pressing questions to the fore: What, if anything, is the price of being helped in this way? What are the terms of Marlo’s success, her revival? Does she just need a good night’s sleep, or is something else at stake? The movie sags as Marlo appears to rise: she brings fresh cupcakes to her son’s school, like a good mom; she serves a tasty meal, like a good wife; she puts on makeup, like a good woman. But who is Marlo, and what is the point of all this?

Like Young Adult, in which Theron starred as a thirtysomething woman obsessed with her own adolescence, Tully is less interested in story than in sustaining a certain tone, and invests less in character development than in the revelation of hidden or ignored aspects of the female experience. There is considerable value in both things, and in Tully the latter is a central feature. “Nobody told me,” the new mothers I have known say. “No one tells you it’s this bad.” I imagine those women finding vindication in Tully’s rendering of the indignities of medicalized childbirth, the obliterating grind of early infancy, the sadness and feelings of erasure, the resentment of manifold betrayals, one of which is watching an otherwise decent, liberated partner recede into a gendered refusal of the real work of newborn care. (The recent Australian series The Letdown covers similar territory.) 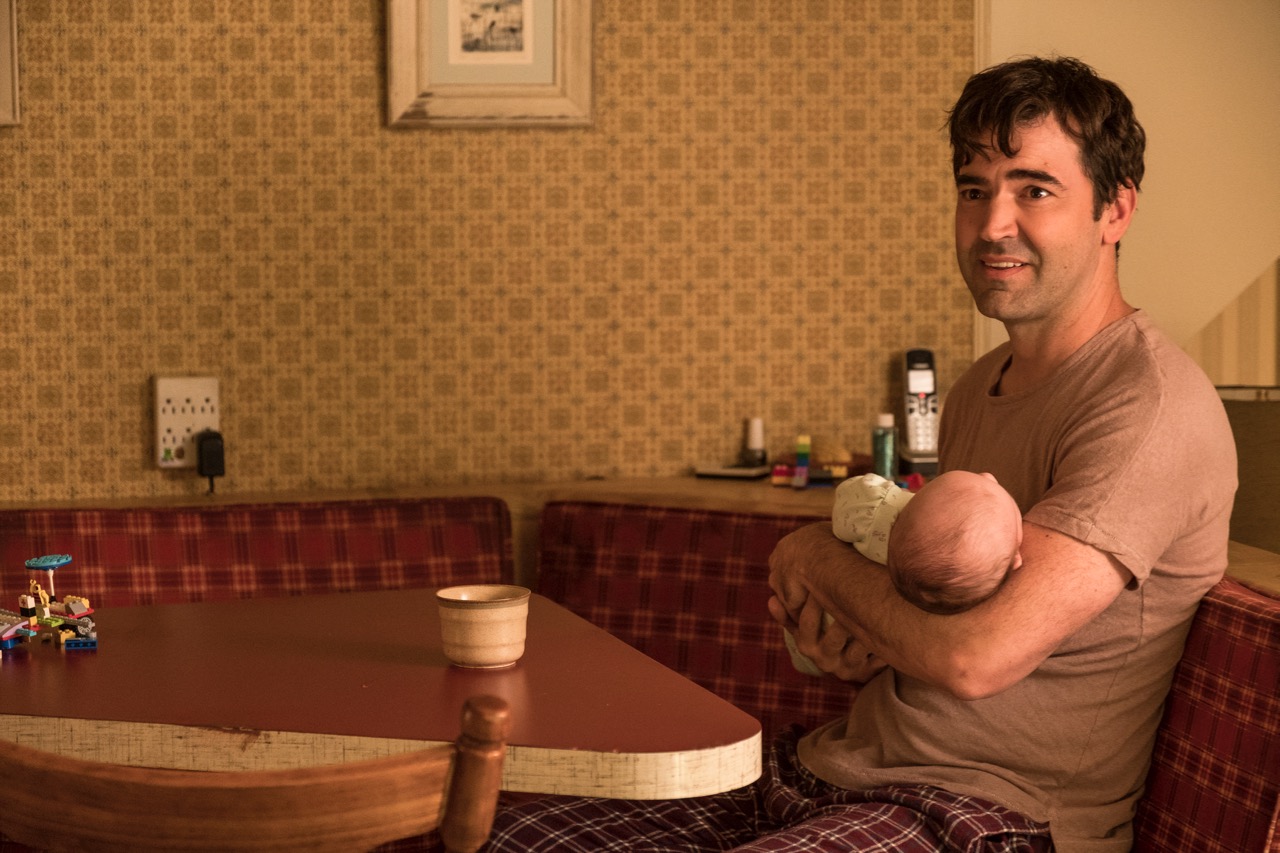 There are no beauty shots of Marlo’s new baby, whose face is largely hidden. “You pretty much are the baby,” Tully tells Marlo, explaining in Tully-like fashion that fetal cells cross the placenta to enter the mother’s body, where they can linger. Marlo’s fragmentation—specifically the estrangement of her current self from her carefree, vital younger self—emerges in the film’s delayed climax as the source of her dilemma, which is itself bound up in the biochemical extremity that afflicts many postpartum women. The moment of crisis is less jarring than its aftermath, an old-fashioned twist that feels more like an escape hatch than an earned resolution.

To the extent that it treats motherhood as a story of severance and reconciliation, Tully fits an established mode without furthering its terms. If anything, Cody and Reitman shy from the complications they invoke but never refine, or make particular. Despite Theron’s bold, aching performance, Marlo remains an avatar of some more general experience. The richness of her ambivalence and the humanity of her predicament are just apparent enough to frustrate the vast appetite for their fuller expression.