In praise of procrastination, interruption, and the unfinished work. 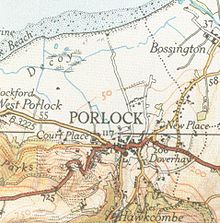 Sometime between October 9 and 14, 1797—let’s call it the second Monday in October—Samuel Taylor Coleridge, as he was walking on the coast in southwest England, became ill and stopped to rest at a remote farm. An image had been tugging at his attention, from a seventeenth-century traveler’s tale about China. In this unfamiliar house, in his delirious state, it unfolded in his mind into a beautiful vision, a city on a hill as it were, with a sacred river, a “stately pleasure dome,” and “twice five miles of fertile ground,” all surrounded with a wall and bending to the emperor’s decree.

But as Coleridge went on writing, the pleasure garden fell under a shadow. The source of Alph, the sacred river, turned out to be a weird, churning, sexual chasm haunted by a woman “wailing for her demon lover.” The dome, he saw, rested on caves of ice. Ancient voices began prophesying war; onlookers were shouting “beware!” Overreaching, the poet had lost control of his fantasy.

Then a knock came at the door, a voice calling: “Anyone home?” Coleridge claimed that he had never finished “Kubla Khan” because he was “called out by a person on business from Porlock,” the next village down the road, who had roused him from his creative reverie. When he got back to his desk, the moment was lost.

Coleridge’s biographers have never been able to put a name to the Person from Porlock. They speculate that this village nuisance never existed. Coleridge made up the interloper as an excuse for not having gone on. In a sense, the Person is the poem’s ending, and the return to reality is its logical conclusion.

The Person from Porlock has come to stand for Philistinism or loss of inspiration, but I can’t help being fond of this maladroit character who arrives like the comic relief to save Coleridge from himself. Surely this busybody isn’t death coming up the walk, as Stevie Smith thought, but Virginia Woolf’s life that comes “breaking in as usual.” Everyone has been a Person from Porlock at some time or another. Most people have lived with one. Every parent who writes has a houseful of Porlockians who come wandering in to ask a question (like my son has done several times as I write this) or spill their juice on the floor. Porlock is the birthplace of every excuse I’ve ever made for blowing a deadline (including the one I’m putting off by writing this instead). The Person from Porlock is the dog that ate the homework of literature.

Interruption is a trickster’s game, and if the trickster turns up in the shape of an anonymous character on a mundane errand, well, isn’t that just what someone like that would do? What if interruption could be generative as well as destructive? The creative self of a parent is an interrupted one, for instance, the parent enduring “the constant attack on narrative that the child performs, literally breaking into maternal speech.” Yet a mother-writer who accepts interruption can find ways, in the words of the playwright Sarah Ruhl, “to investigate the pauses,” finding in them new spaces for artistic agency.

So instead of Columbus Day, let’s make the second Monday in October Porlock Day: a holiday to celebrate, not adventure, conquest, or greatness, but interruption, distraction, the busy life, and the unfinished work. Let’s listen today to what can be found in the pauses. And let us honor the Person from Porlock, in whose name we leave things—productively?—incomplete.

Julie Phillips is the award-winning author of James Tiptree, Jr.: The Double Life of Alice B. Sheldon. She lives in Amsterdam, reviews fiction for the Dutch newspaper Trouw, and is working on a biographical book about creativity and mothering. Her work has appeared in the New Yorker, Ms., and the Village Voice, among others. She is a member of the advisory board of 4Columns.