Visual Art
Being Here Is Everything 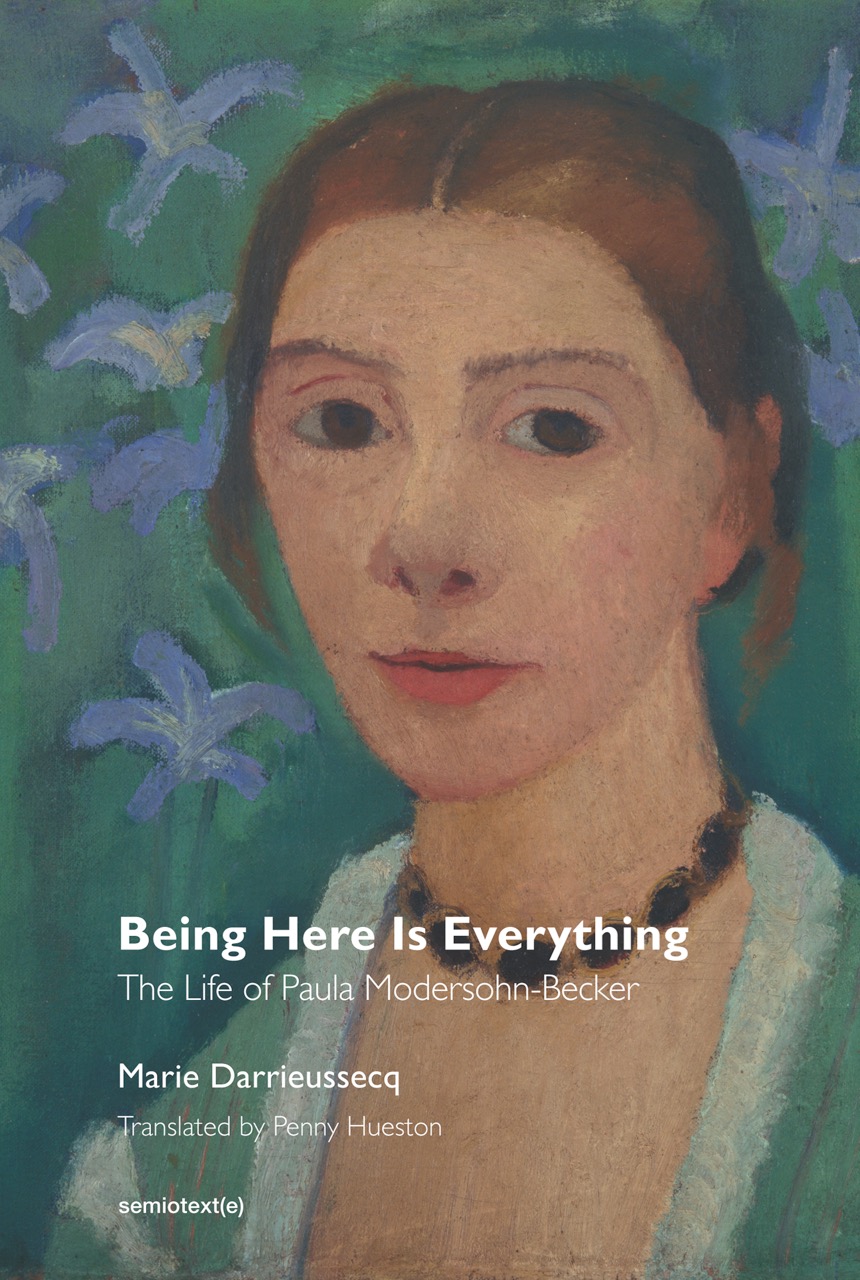 Being Here Is Everything: The Life of Paula Modersohn-Becker, by Marie Darrieussecq, translated by Penny Hueston, Semiotext(e), 157 pages, $17.95

The end of an artist’s life is rarely the end of their story. For the great German expressionist painter Paula Modersohn-Becker (1876–1907), death in fact marked a certain start to hers. If she sold only three paintings in her lifetime, and exhibited rarely, soon after her passing her canvases were snapped up by collectors and museums, hung alongside the likes of Matisse, Kokoschka, Klee. She received her first solo exhibition in Bremen, Germany, in 1908 (effectively, her earliest retrospective). A selection of her letters, put together by her mother and first published in 1917, became a bestseller in her native land. In 1927, the year she would have turned fifty-one, the Paula Becker-Modersohn House opened to the public, the first museum in the world dedicated to the life and work of a female artist. 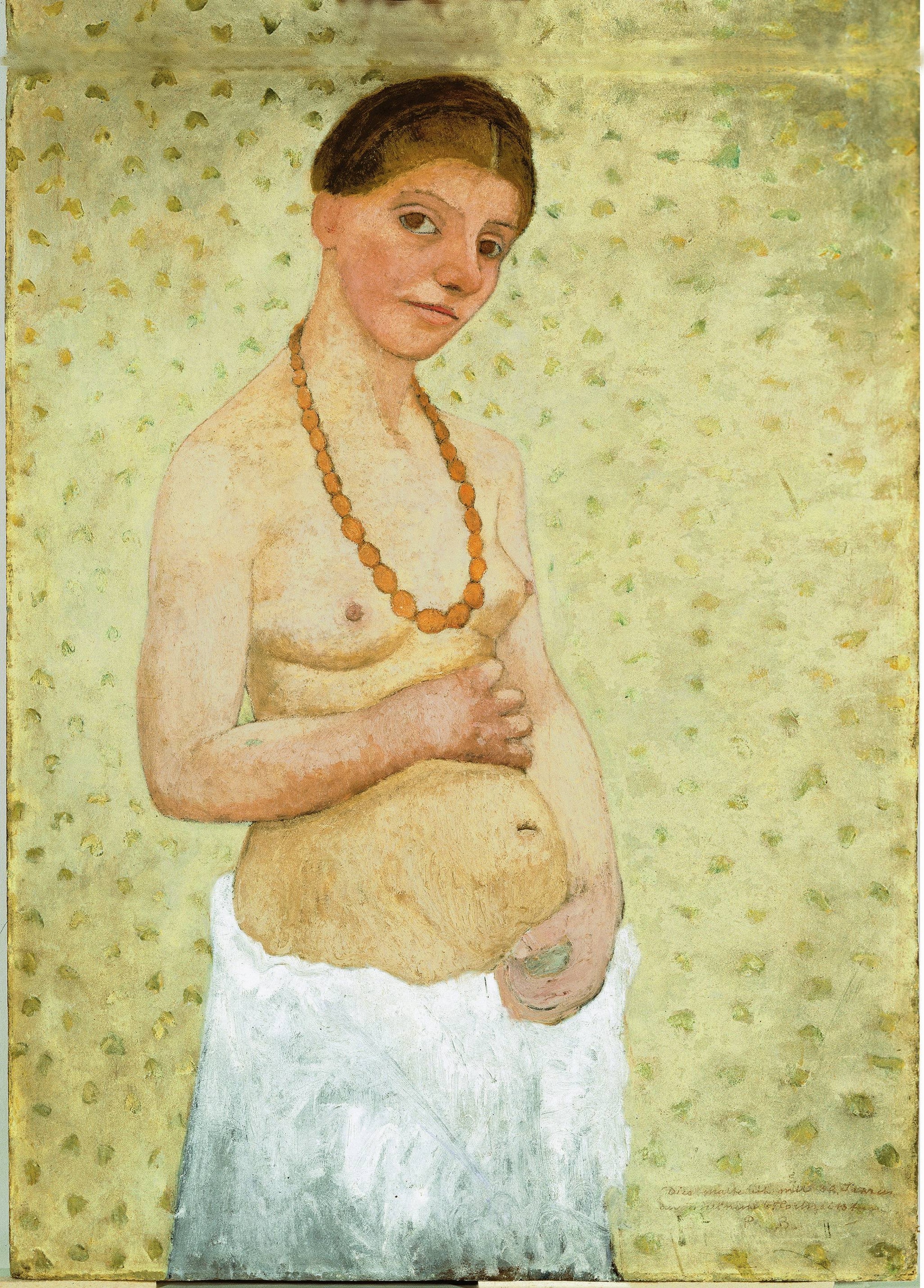 In Being Here Is Everything: The Life of Paula M. Becker, acclaimed French novelist Marie Darrieussecq pens a nervy, moving portrait of the painter, whom she credits with being the first to render female subjects as they are, without judgment or projection, and other poisoned glazes of the male gaze. Darrieussecq is known for writing tales of transformation and disappearance, often spurred by the knotty dynamics between men and women. In Pig Tales, her sensational debut novel, a woman slowly turns into a pig; My Phantom Husband recounts what happens after a woman’s spouse mysteriously vanishes.

Feminist scholars and biographers have long helped secure Becker’s pivotal role in the evolution of early modernism. Darrieussecq tasks herself to recover something else: the artist’s life force. “I want to do her more than justice,” the author explains, “I want to bring her being-there, splendor.” Art was central to Becker’s life, of course, and is central to her legacy, but it isn’t to the book. No reproductions are included; the few descriptions of her roughly painted yet deeply compassionate portraits and landscapes are straightforward, dutiful rather than evocative. Darrieussecq writes about her subject with a vibrant, urgent present tense-ness, as though Becker herself is unfolding before us. In prose propelled by temperamental rhythms—some paragraphs are half a page long, while others are but a single sentence—Darrieussecq composes a flickering tale that accounts for the artist’s life, for the odd space of grief she feels for the artist she never knew but loves, and for the art Becker might have made. 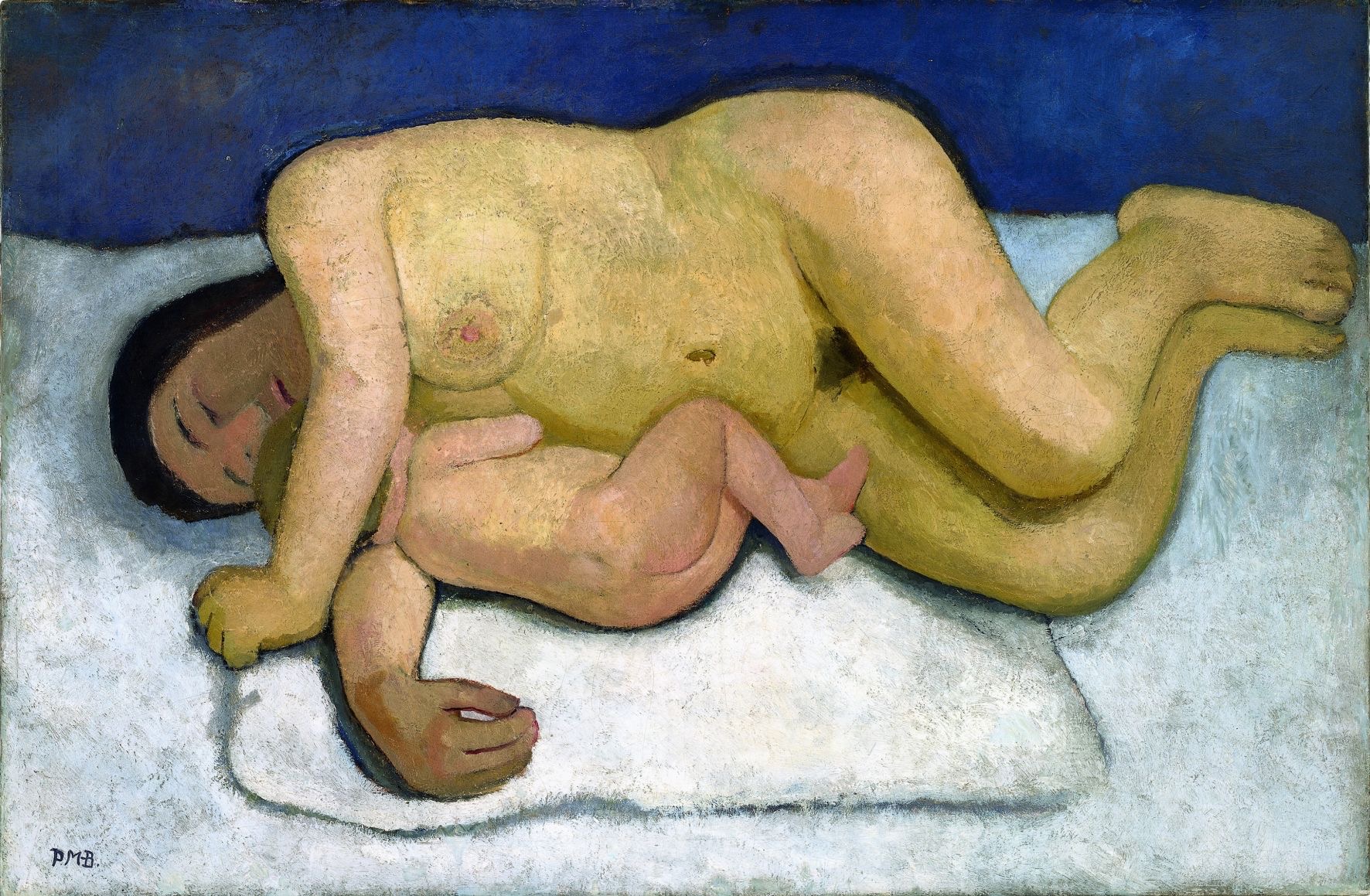 Becker was born in Dresden to unusually supportive parents. When young Paula developed a passion for drawing, her mother let out a room in their home to pay for art lessons. Her father suggested she get a teaching degree, which she dutifully completed in 1895. With funds set up for her by an uncle, she moved thereafter to Worpswede, home to Germany’s most vibrant artists’ colony, and studied drawing with painter Fritz Mackensen. There, she would meet the three people who shaped and shared her life most intimately: painter Otto Modersohn, her husband; sculptress Clara Westhoff, her closest friend; and poet Rainer Maria Rilke, her dearest confidante.

A woman ahead of her time will inevitably struggle against social convention. To succeed, she must become wholly herself; to survive, she may fall into the roles prescribed for her. Darrieussecq tracks the unrelenting tension between Becker’s desire to be a painter—to become somebody, as she incants over and over in her letters—and her desire to weave herself with fair grace and dignity into life, love, and home. The author notes that women must “invent themselves in a man’s world, by breaking and entering,” categorizing selfhood as an act of insurgency, punishable by invisibility.

Becker’s talents weren’t unrecognized in her lifetime, and although the men in her life admired her, they beheld her brilliance with certain blind spots. “She is an artist through and through,” her husband wrote in his journal in 1902, yet he qualifies his praise, denying her a position equal to her male counterparts: “She is certainly the best woman painter who has ever lived in Worpswede.” In Rilke, her work sparks both recognition, and an aggressive strain of ownership. “The fact that she is somebody and is accomplishing something, no one thinks about that,” he wrote. “All by herself she will struggle along and one day she will astonish everyone (as I did).” Even so, the poet omits her from a monograph he wrote about the artists of Worpswede. 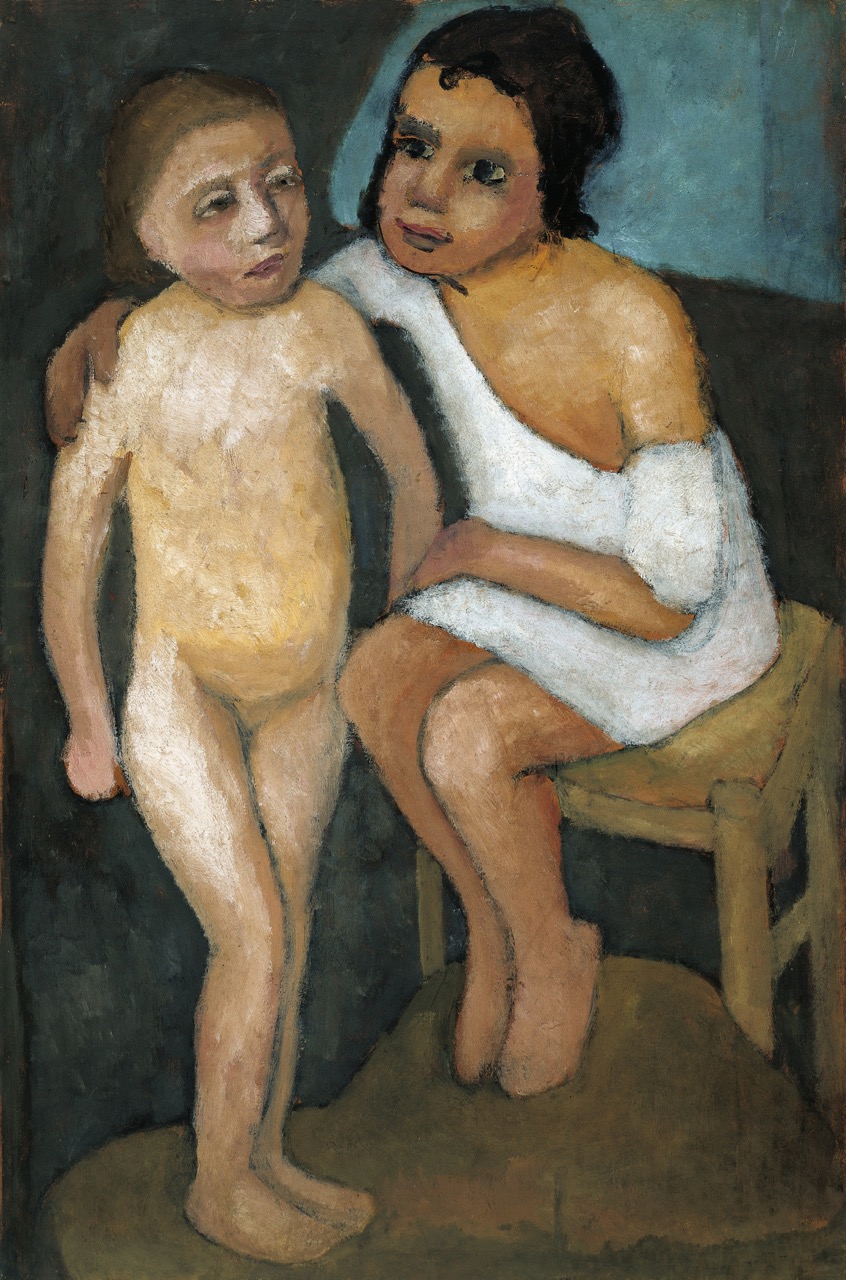 Solitude was where Becker could safely surrender to her mind’s obsession, her soul’s purpose—“to paint, paint, paint”—try as she might to live a normal life. After she married Otto, she agreed to give up painting for two months to attend cooking school in Berlin. She quickly realized she was out of place among the aspiring wives in class, finding the drudgeries of domestic life undignified. She began to understand her union with Otto as a lesson in the essential loneliness of being. “It takes away the illusion that had sustained a deep belief in the possibility of a kindred soul,” she wrote in her housekeeping book on Easter Sunday, 1902. “In marriage one feels doubly misunderstood.” During her seven years’ life as an adult artist, she would indeed paint, paint, paint. She would also fall out for a time with Clara and Rilke after they married each other. She would leave Otto to return to Paris, then come back to him a short time later. She would become pregnant, give birth to their daughter Mathilde, and eighteen days later, in late November 1907, die of an embolism. Her final words: “A pity.”

Darrieussecq lays out the events of Becker’s life in chronological order while performing a kind of reverse haunting of the artist’s story—puncturing its arc with her own stories and observations, and details from her research. When the author visits Worpswede in the summer of 2014, she writes: “I am trying to look with Paula’s eyes, to see what she saw,” but given the changes—natural and otherwise—to the German landscape, she discovers no view that can do so. In the spring of that same year, Darrieussecq descends to the basement of the Museum Folkwang in Essen to visit one of Becker’s most cherished self-portraits, which she is told is on “temporary display.” Looking around, she notices that the basement galleries are filled with the work of women artists, while the work of men presides upstairs. Through Darrieussecq, we feel that the danger of history isn’t that it repeats itself so much as it needlessly lumbers on in the same direction. The best we might do is retrace our steps, rewriting those who help us understand where we are—and where we’ve been—a little more vividly.

Jennifer Krasinski is an art columnist for the Village Voice, and writes on performance for Artforum online. She is a contributing editor to Yale University’s Theater Magazine, and is a faculty member in the MFA art writing department at the School of Visual Arts. She is the recipient of a 2013 Creative Capital | Warhol Foundation Arts Writers Grant, and a 2016 Lower Manhattan Cultural Council’s Process Space artist residency. In addition, she is the author of Prop Tragedies, a collection of short stories recently reprinted by Remedial Press.