Capital and carbuncles: a series explores the revolutionary thinker. 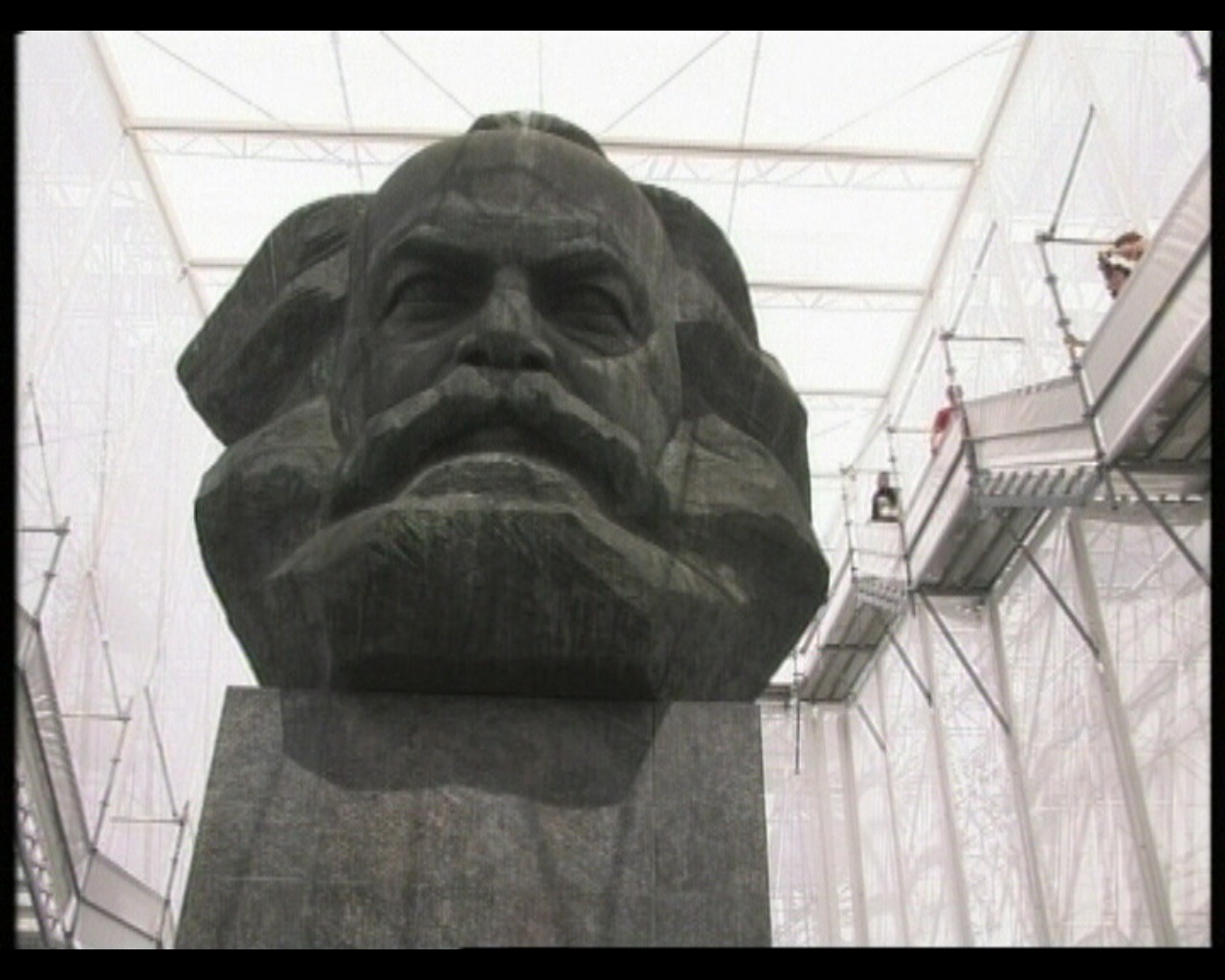 This year marks the two-hundredth anniversary of Karl Marx’s birth. His importance to economics, political theory, philosophy, and to the lives of hundreds of millions has been debated in biographies and op-eds. It turns out, though, there are many Marxes: he is, by turns, a migrant intellectual, an indigent hack, a Jewish visionary, an architect of the gulags, a writer of speculative fictions as demented as those of H.P. Lovecraft. Is Marx a historical figure or is his time still to come? Is focusing on his biography an example of bourgeois individualism? “Karl Marx on Film” is a series dominated by titles from Europe and North America that tackles some of those questions. 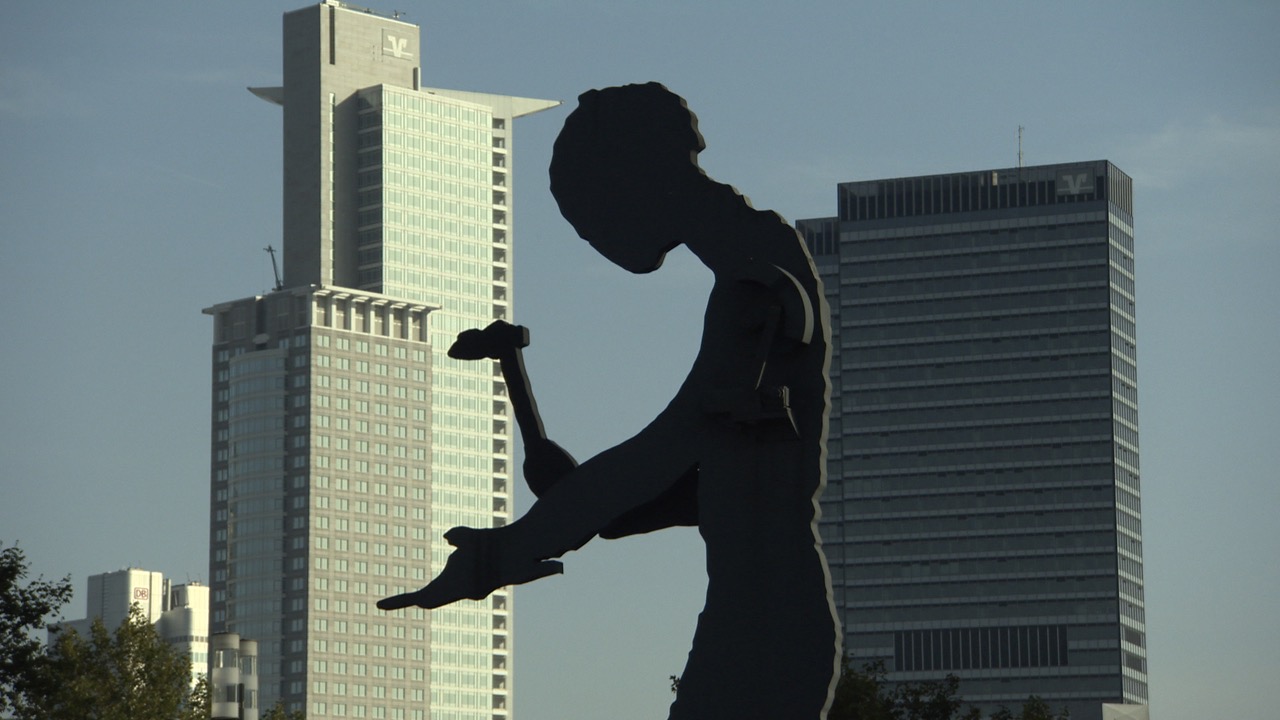 Ilan Ziv’s documentary Capitalism (2014) portrays the grand magus, not especially originally, as a prophet of neoliberalism and theoretician of austerity. It comprises six fifty-three-minute episodes and men—so many men!—being serious, articulate, and, well, men. There’s also doomy music, a voiceover by someone with all the charisma of a competent postgraduate lecturer, and unnecessary animation (a factory in the shape of the words “Free Market”). Far better is Marx: The Video (1990). Directed by Laura Kipnis, who’s best known these days for her polemics against what she regards as the infantile censoriousness of campus feminism, it’s a kind of gift to the German revolutionary thinker who, in a letter to Friedrich Engels, wrote, “I hope the bourgeoisie will remember my carbuncles until their dying day.” Writing was labor for Marx—and physically debilitating labor at that. As well as liver trouble, he suffered from the severe boils mentioned in that missive, which he anatomized and scourged. 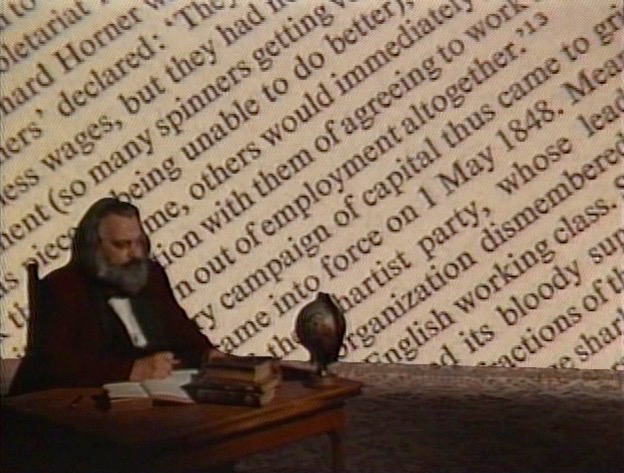 It’s easy to imagine this metaphor forming the basis of a psoriatically dry essay film. Kipnis’s video, though, is campy and larky. It intercuts scenes of a mute and exhausted Marx with those of giggly young women discussing skincare; straight-to-camera addresses by sassy queens who also crop up as a trio trilling “His body just erupted!”; cans of hairspray drifting across blue skies; ACT UP demonstrators chanting “Get your law off my body!” Evoking 1980s pirate TV, pre–Riot Grrrl DIY-ism, and the brief flourishing of video zines, Kipnis’s project is a sly piece of guerrilla academia that highlights Marx’s obsession with somatic language (production, consumption, circulation, reproduction) and updates his work for those growing up in a period of postmodernism and identity struggle. It’s a clarion call to, as Kipnis puts it, “a politics of revolting bodies.” 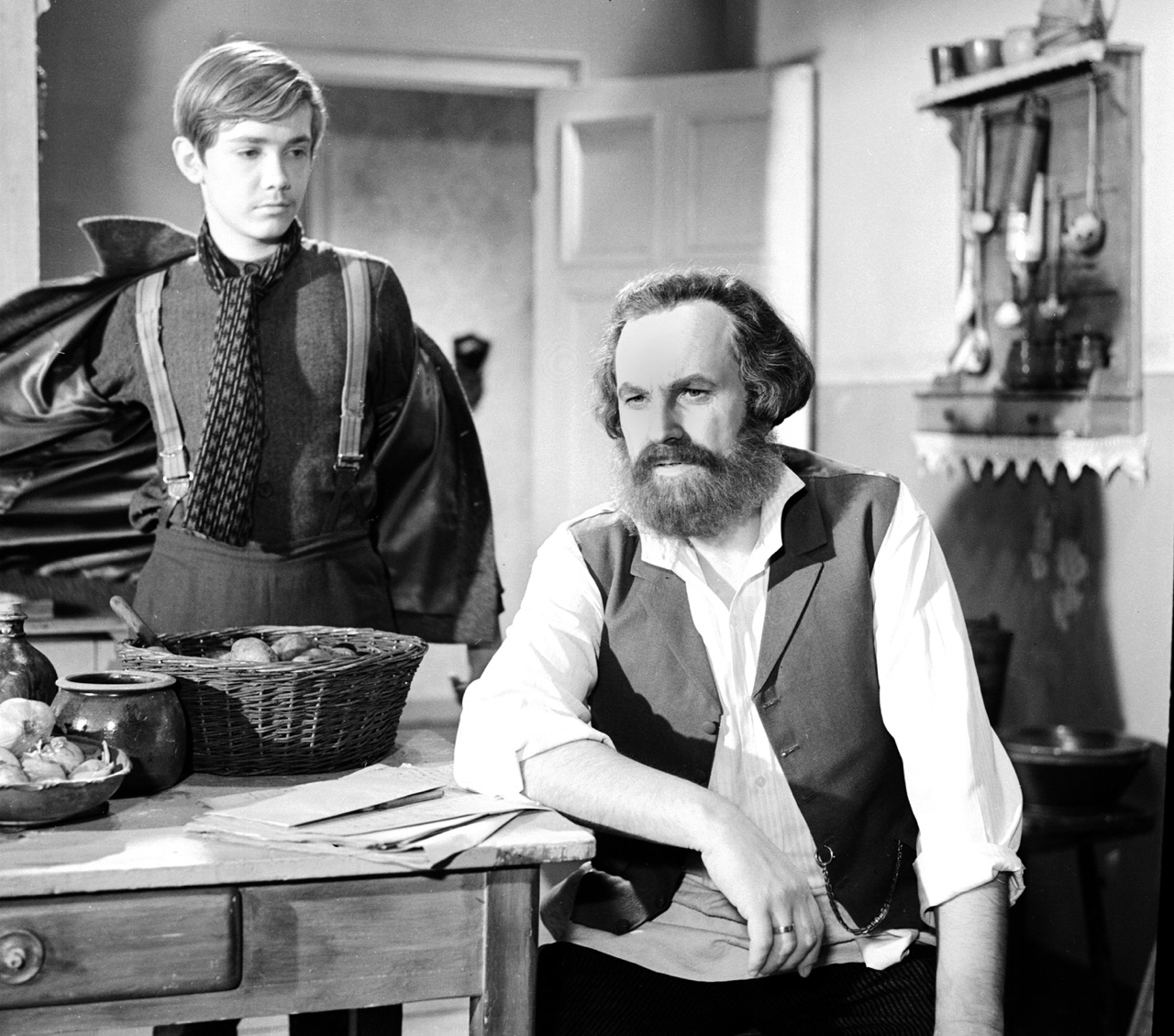 The major revelation of the series is Helmut Dziuba’s Moor and the Ravens of London (1968). One of roughly 180 features made for children between 1946 and 1990 by the East German state film studio DEFA, it revolves around the encounter between Marx (nicknamed “Moor” by his friends) and thirteen-year-old Joe, who, alongside hundreds of other boys and girls, toils day and night at a spinning mill. From the opening titles’ eerie graphics and flute music, this is Capital reimagined as folk horror or Victorian Gothic. That’s understandable: Marx himself noted how “the prolongation of the working day beyond the limits of the natural day, into the night, only acts as a palliative. It only slightly quenches the vampire thirst for the living blood of labour.”

Marx admired Charles Dickens, and there are scenes in Dziuba’s film set on a mill floor—where a sign reads “Singing and Sleeping Forbidden”—that could be straight out of Carol Reed’s Oliver!, also from 1968. The factory, brilliantly photographed by Helmut Bergmann, has the violent grayness of industrial-music record sleeves; its population of shuffling, underfed toilers resemble internees; its working conditions—going to the restroom without permission is a fireable offense—invite comparison with the punitive regimes inside today’s Amazon warehouses. 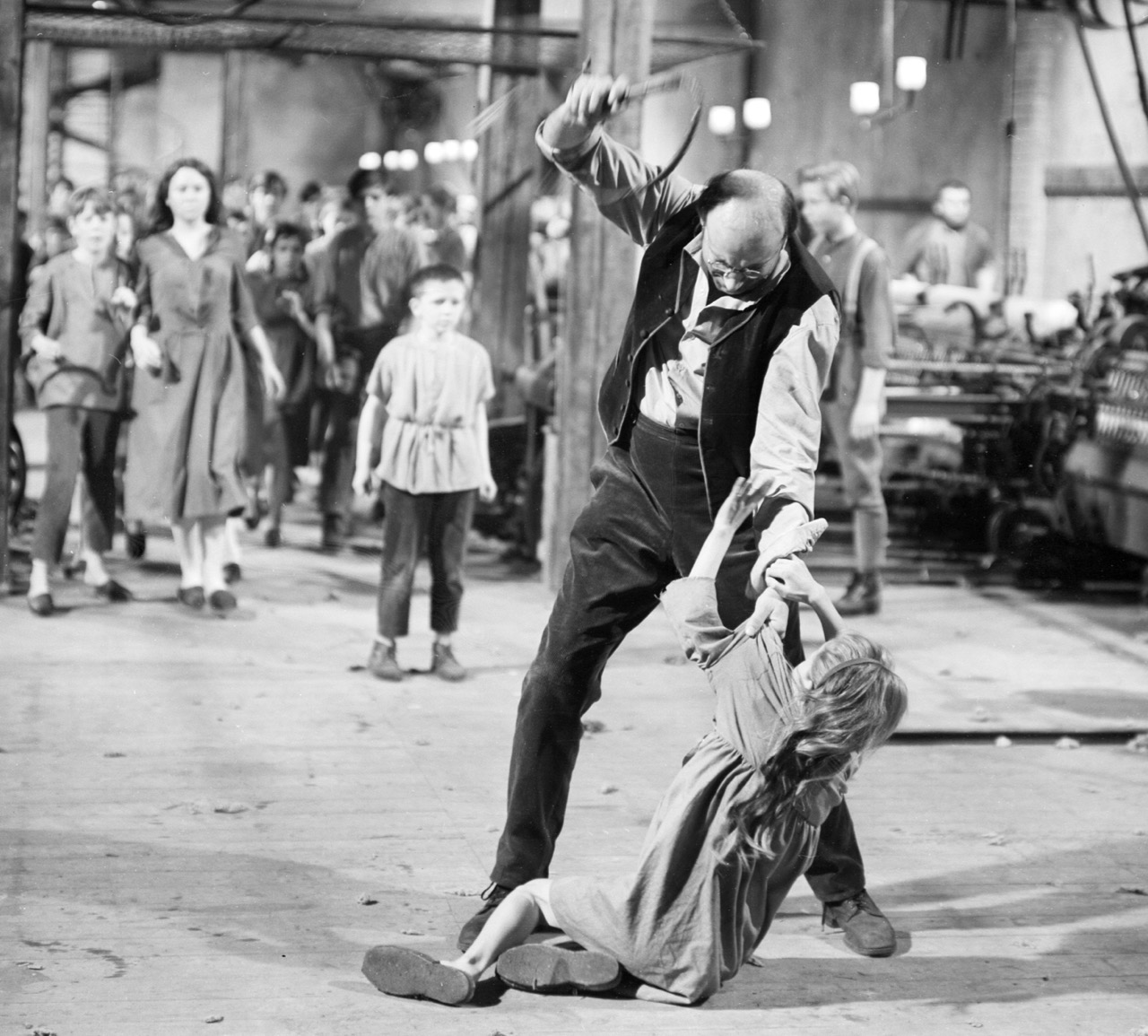 At times recalling Fritz Lang’s Metropolis (1927), the most unforgettable scene in Dziuba’s film comes when the mill’s machines seem to melt, morphing into a sequence of abstract geometries, the bodies of the workers fusing with the loom apparatus. Capital, Marx wrote, “oversteps not only the moral but even the merely physical limits of the working day.” Here, for a horrific but also coldly beautiful moment, is Dziuba’s vision of deformed post-humanity.

Moor and the Ravens of London ends with Joe’s brother, a gang member and artful thief, taking up Marx’s advice to read more in order to be better educated about both how the world works and how it can be made to unwork. Scottish artist Luke Fowler’s documentary The Poor Stockinger, the Luddite Cropper and the Deluded Followers of Joanna Southcott (2012) moves forward a hundred years from the era explored in Dziuba’s film and revisits the night classes taught in the late 1940s and early 1950s by the young Marxist historian E.P. Thompson, who would go on to write The Making of the English Working Class (1963), a stirring tribute to the revolutionary spirit of subaltern English peoples between the 1780s and 1830s, whom he sought to rescue from the “enormous condescension of posterity.” 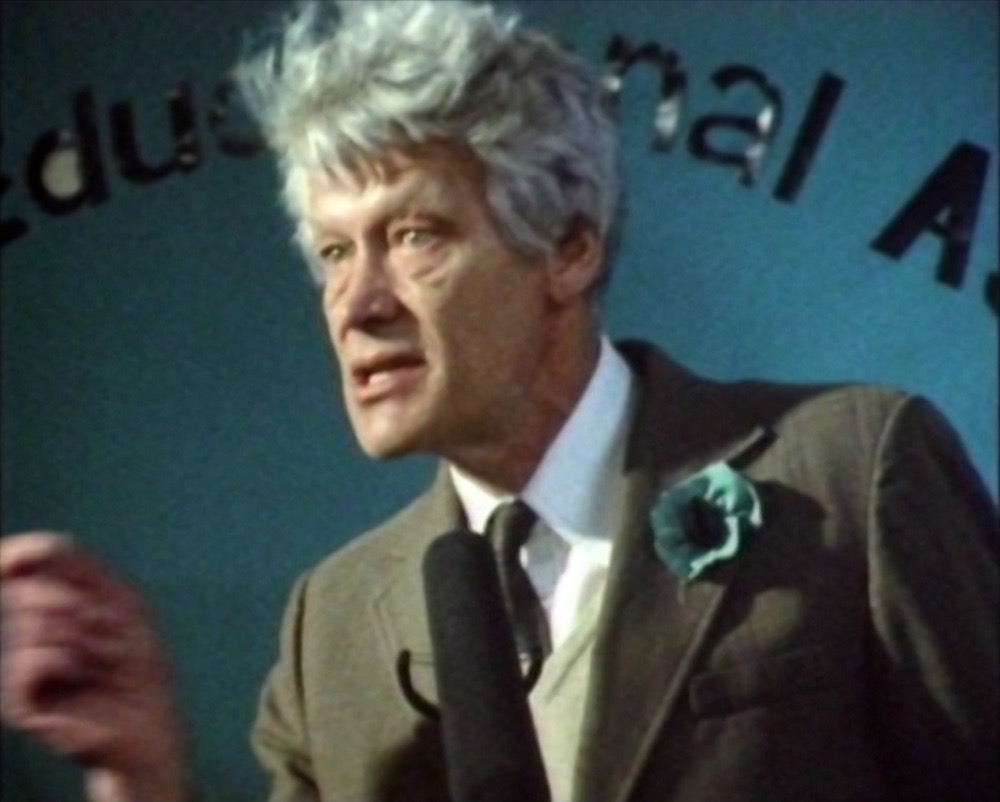 Fowler’s take is mordant rather than celebratory. How could it not be? The social vision and the cross-party belief in public culture that underpinned the adult education movement to which Thompson was so attached have been pummeled in recent decades. The historian’s idealism rubs up against mundane reality: tired, sick, “excessively reticent”—many of the students underperform and drop out. Lustrous photography by Peter Hutton is destabilized by off-kilter sound design by Ben Vida and Richard Youngs. Still, it’s easy to relate to Welsh artist Cerith Wyn Evans, who, asked to voice Thompson’s class reports, stops mid-sentence and announces about the historian’s prose, “Fuck, it’s so beautiful! It’s so beautiful!” 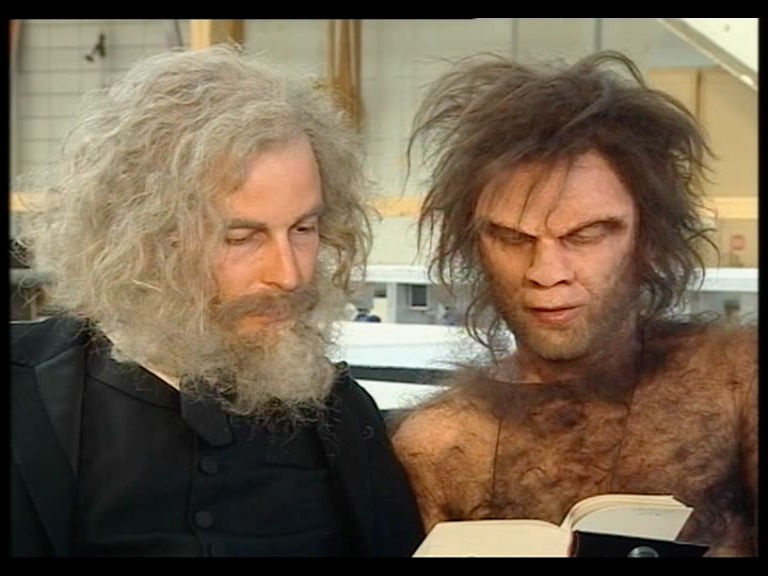 “Beautiful” is not a word to describe Alexander Kluge’s News from Ideological Antiquity: Marx-Eisenstein-Capital (2008). Over nine hours long, the film (which screened at the Goethe-Institut New York, the co-presenter of the Anthology series) is the one that takes most seriously biographer Francis Wheen’s injunction to see Marx as an avant-gardist who was “pushing out beyond conventional prose into radical literary collage—juxtaposing voices and quotations from mythology and literature . . . in the manner of Ezra Pound’s Cantos or Eliot’s The Waste Land. Das Capital is as discordant as Schoenberg, as nightmarish as Kafka.”

Any project inspired both by Eisenstein’s dream of filming Capital and that Soviet filmmaker’s meeting with James Joyce is going to be dense and daunting. But News from Ideological Antiquity, which encompasses science, poetry, oral history, and striking graphics, is also a wonderfully delirious work of associative montage. Omnivorous, at times barely coherent, sometimes possessed—it’s the one film in this series that is not so much about Marx as a channeling of him.