Film
The Hour of Liberation

A retrospective of filmmakers who used their cameras as weapons of war. 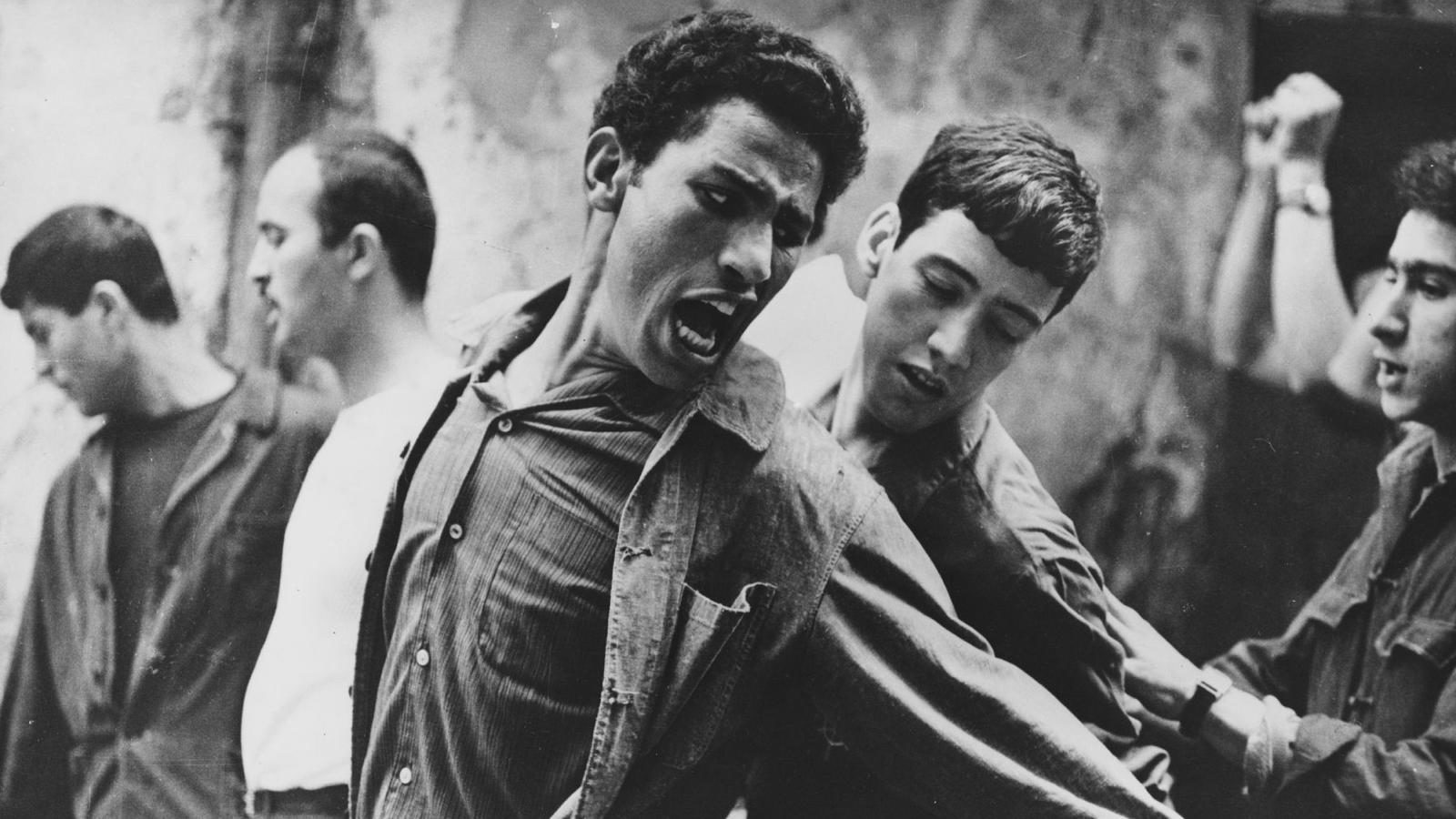 Decolonization is all many people are talking about these days. Underground nightclubs, university syllabi, upstart art spaces: all claim to be for it, or inspired by it, or trying to contribute to it. The term has become liberated from history, a floating signifier for anything from inclusivity and anti-gentrification to nu-institutional critique to, well, fucking shit up. Has it become “our” side’s version of “disruption”—that weaselly word spouted by Silicon Valley hype merchants? Is it just a modish, hashtag-friendly rebooting of the anarchy logo that used to be found on punk jackets and squatters’ walls?

“The Hour of Liberation: Decolonizing Cinema, 1966–1981,” Film Forum’s blockbuster retrospective for early summer, couldn’t be more timely. Programmed by Elspeth Carroll, it’s a three-week, forty-title exploration of a loose generation of filmmakers who saw their cameras as weapons of war. They were united by a desire to show subjugated people fighting their overlords, to mock the vanities and hypocrisies of national elites, to expose the calcified cultural practices that retarded progress in their respective nations. 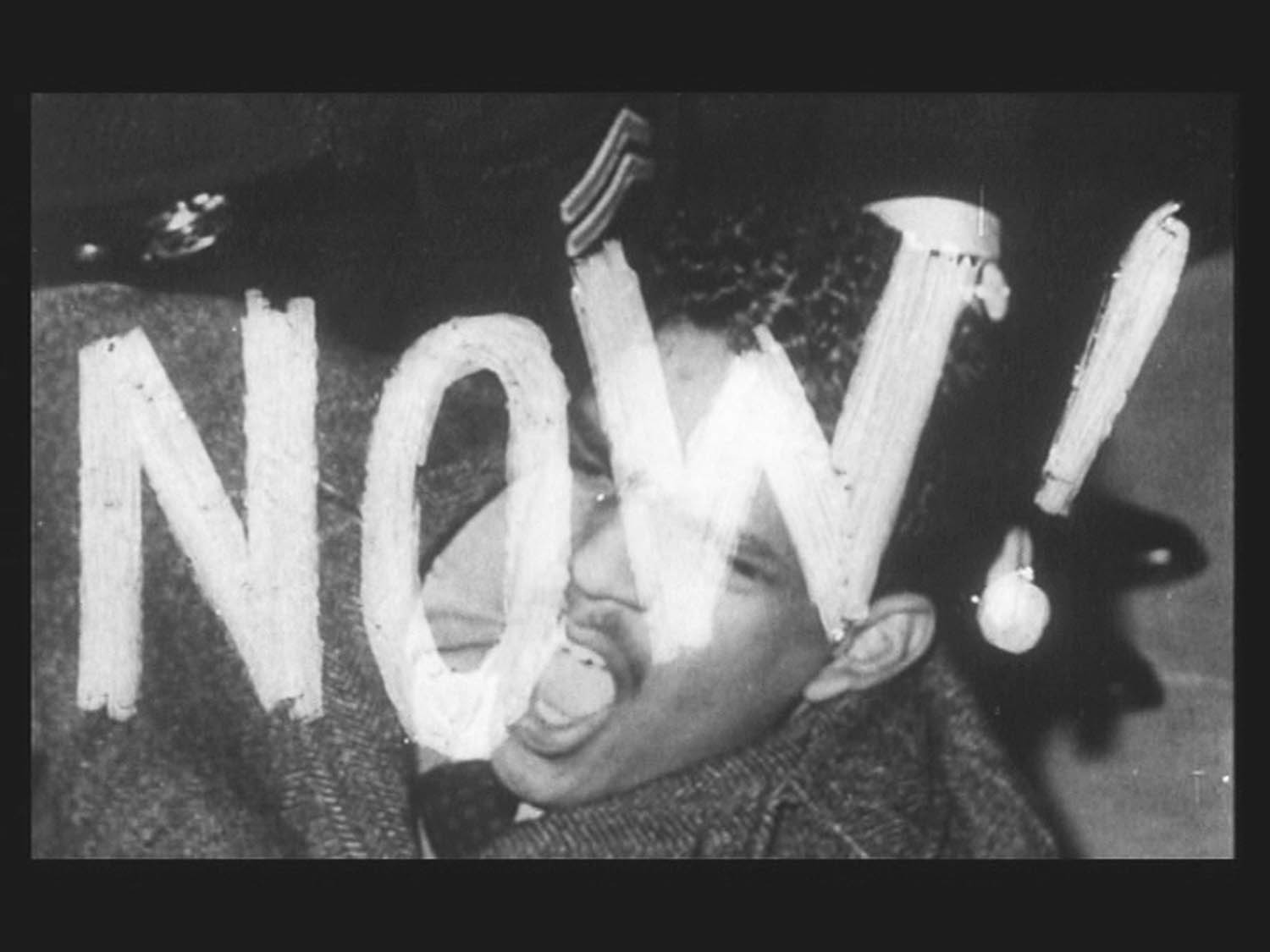 Some of these films—most notably Gillo Pontecorvo’s The Battle of Algiers (1966)—are acknowledged as classics. Santiago Álvarez’s Now! (1965) should be: a proto pop video for Lena Horne’s vital (and, in America, banned) song of the same name (sample lyric: “We want more than just a promise / Say goodbye to Uncle Thomas”), it’s an electrifying collage of photos, newsreel footage, and kinetic graphics that links anti–civil rights violence to Nazism. The precision and power of Álvarez’s zooms, cuts, and close-ups are those of an electronica producer, and Now!, segueing between taut and sprung, envisions black liberation as a dance of disobedience, a rhythmic revolution.

Women directors are responsible for many of the standouts in “The Hour of Liberation.” Sarah Maldoror had an impeccable radical background: born in France to parents from Guadeloupe, she gave herself a new surname based on a Lautréamont novel, lived in the “Third World capital” of Algiers for much of the 1960s, served as assistant director on The Battle of Algiers, and married an Angolan nationalist politician. That all fed into Sambizanga (1972). Set in colonial Angola, it’s based on a novel by a former political prisoner and chronicles the arrest and torture of family man Domingos (Domingos Oliveira) by the Portuguese authorities. 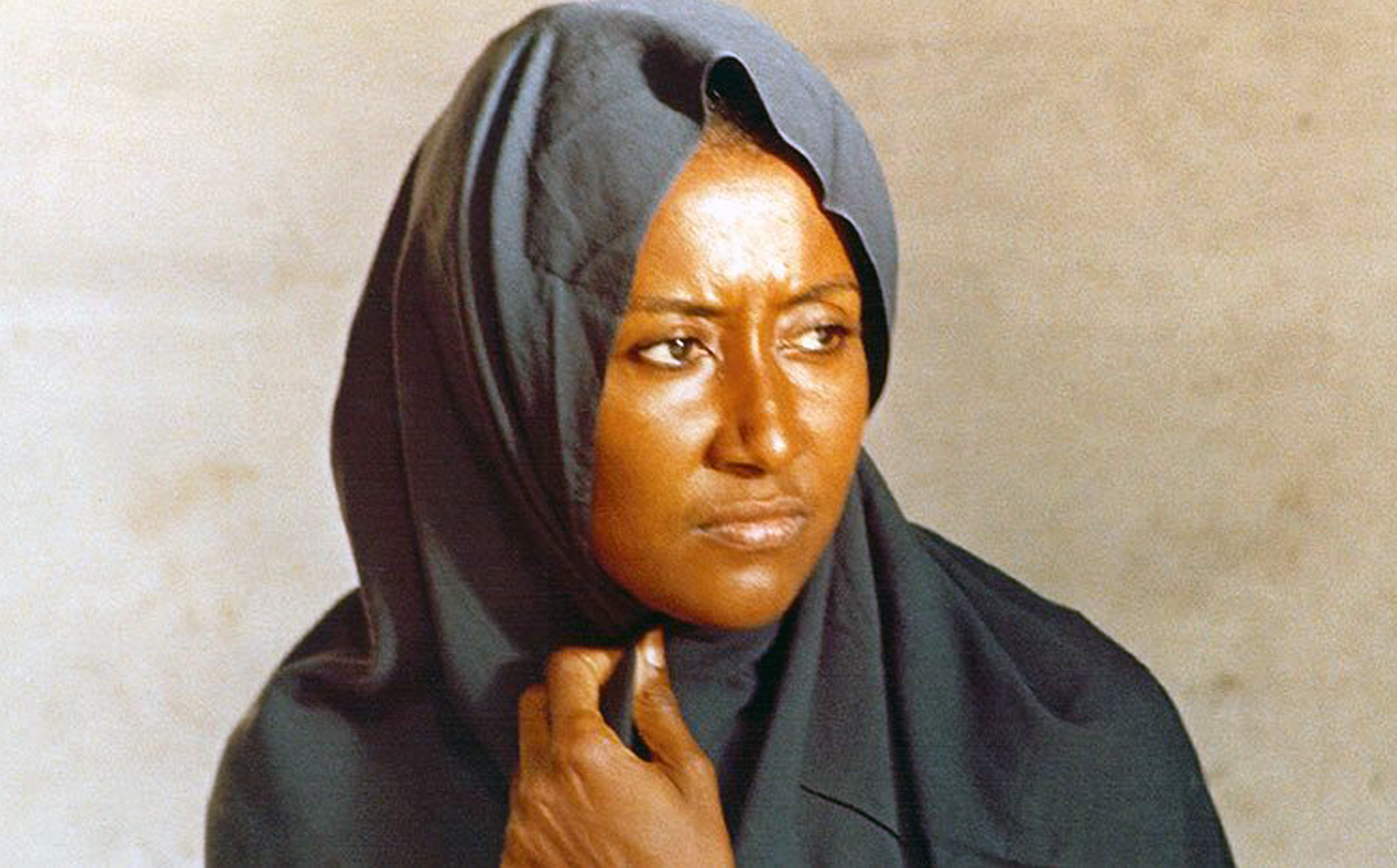 The film takes place in 1961 and tracks the growing revolutionary consciousness of the Angolans. At best, they are treated as a disposable labor force. Domingos appears to be pliant, a colonial subject who knows his social rung, but unbeknownst to his wife and friends he’s part of a clandestine cell. While the scenes of Domingos being brutalized by secret police are genuinely shocking, even more potent are those in which his wife, Maria (Elisa Andrade), wanders through endless lanes and dirt tracks trying to find him.

There’s also an extraordinary moment when fellow prisoners break out into song, their tentative phrasings swelling into a beautiful incantation, grief transmuting into pride, solidarity, a commitment to enduring resistance. The film, made while Angolans were still fighting for independence, functioned as a feedback loop, intensifying the ardency it captured on screen. Small wonder that Maldoror was forced to shoot it in Congo and that it was screened in Angola only after the Portuguese left in 1974. 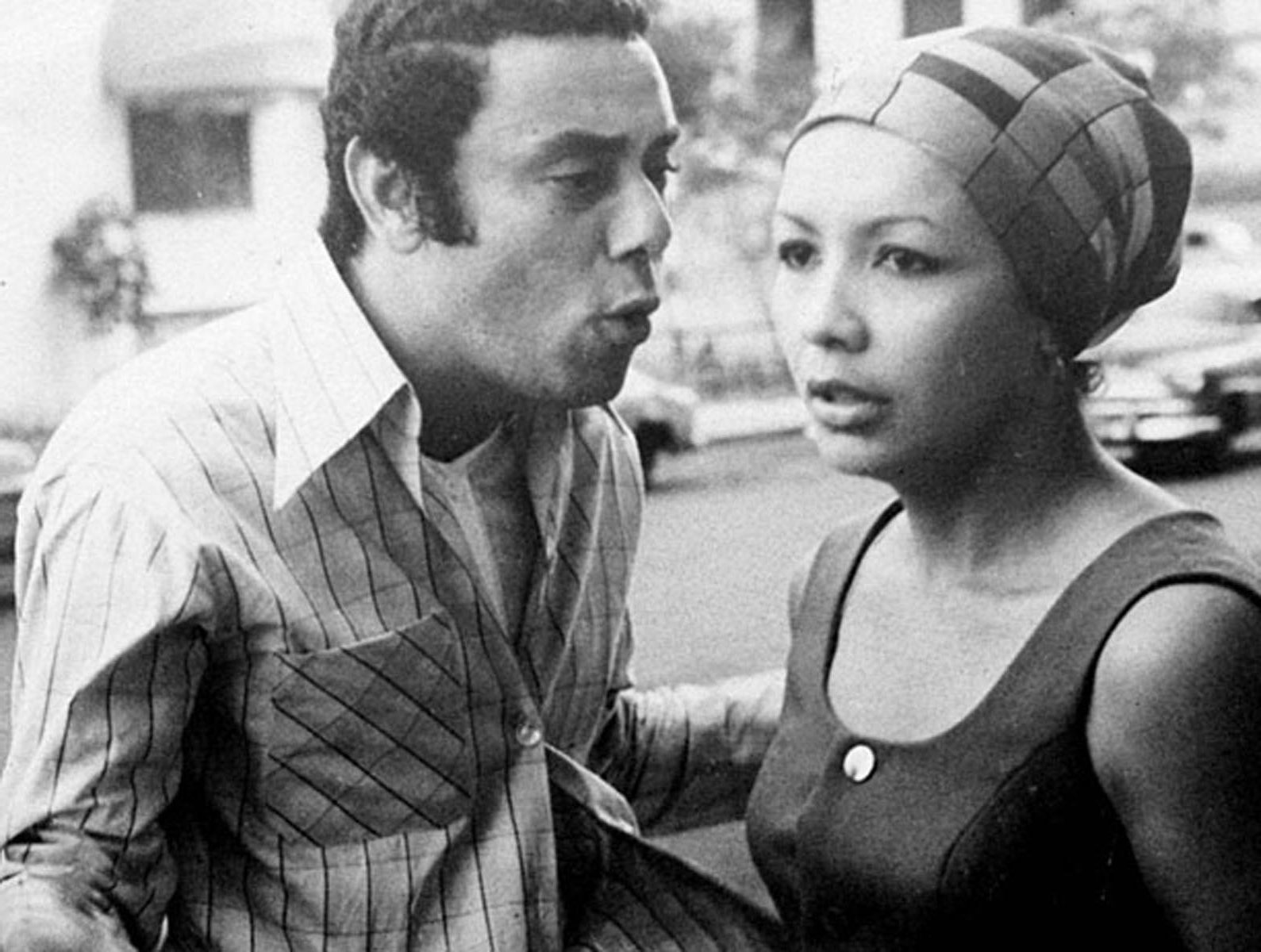 One Way or Another. Image courtesy Film Forum.

Almost as crucial is One Way or Another (1977), the only full-length feature by Sara Gómez, Cuba’s first female director. (She died, age only thirty-one, before completing it; it was prepped for release by Tomás Gutiérrez Alea, whose Memories of Underdevelopment, from 1968, is also playing in the series.) It’s a mesmerizing fusion of fictional romance and polemical documentary that’s set in Miraflores, a housing project created after the revolution to replace one of the island’s worst housing slums. Utopian schoolteacher Yolanda (Yolanda Cuellar) lands up there and tries—with fitful success—to educate some of the local children, whose mothers she berates for their inability to grasp the importance of the classroom. She’s also in a relationship with factory worker Mario (Mario Balmaseda), who’s trying, also with difficulty, to slough off the macho ways of his pals.

One Way or Another is all over the place and all the better for it. Its voice-over, portraying the former slum-dwellers as a rump of unwashed, unwoke recalcitrants, is paternalistic, if not militantly patronizing. Its central couple are at once compelling in their vim and virility—and headstrong and irritating. While Gómez is forthright in her denunciation of the critical role played by capitalism in structurally disfiguring colonial societies, she’s keenest to show how culture—specifically alpha-male culture (itself historically inflected)—stymies both women and men alike. 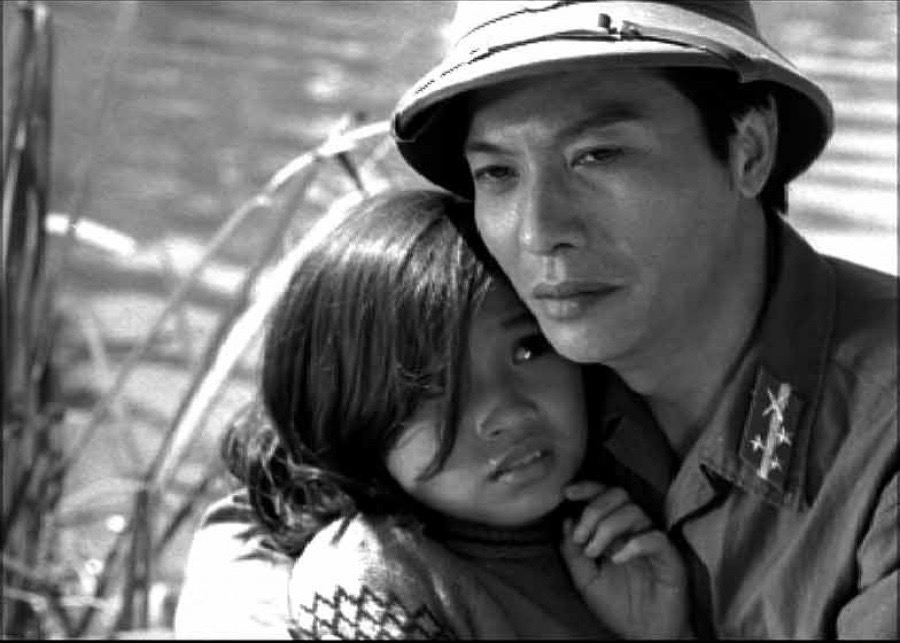 Hai Ninh’s The Little Girl of Hanoi (1975) is a Vietnamese Mother India, a work of gorgeous propaganda that exalts the role of women and girls in keeping alive the soul of a nation during times of colonial war. Neorealist in outline—a young girl carrying a violin case searches for her rocket unit–serving father—it’s composed of episodes as fragmented as the landscapes through which she moves: blissful afternoons playing with her family; a trapped bird being released from a bombsite cage; city-dwellers clambering into underground shelters; real-life captured US soldiers trudging through the streets to an uncertain fate. Firework displays during the girl’s childhood anticipate later sequences in which the skies are lit up during aerial warfare. For all the sorrow and the pity, the score is so lush it could have been composed by Michel Legrand. 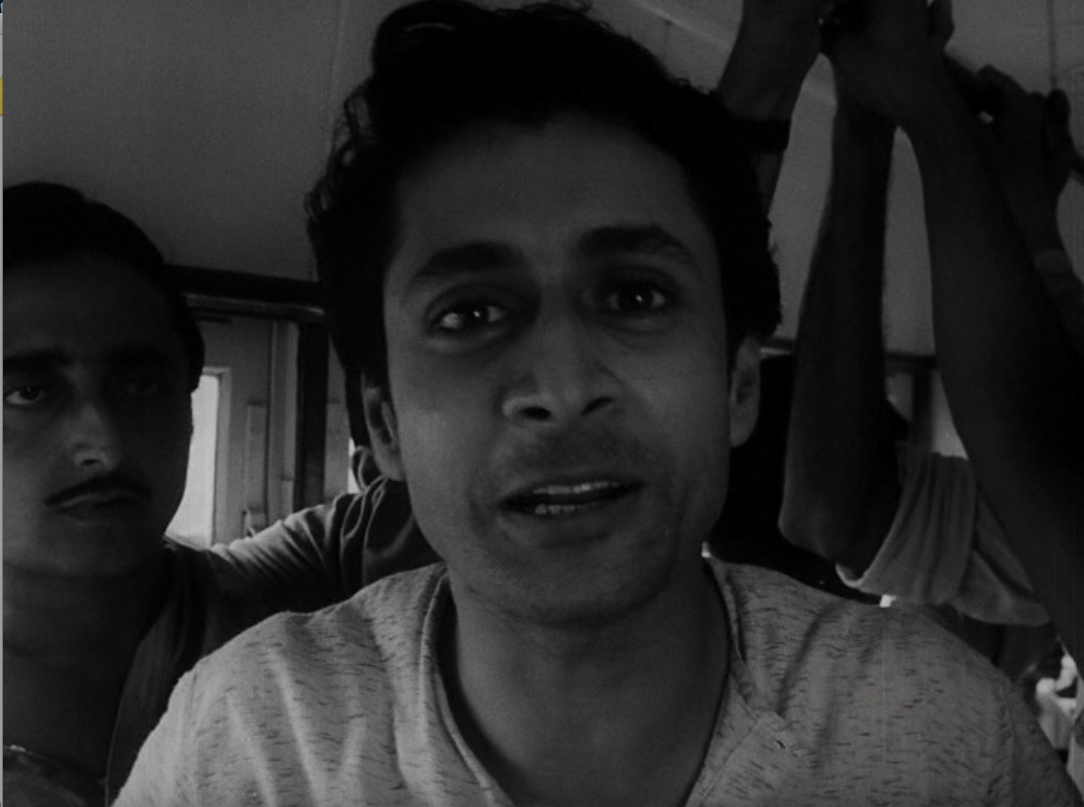 Indian Marxist Mrinal Sen’s Interview (1971) is equally neorealist in conception: it follows a young man (Ranjit Mallick) as he tries to get his hands on a suit in time for his interview with a posh corporation. He journeys through Calcutta, but a cleaners’ strike and a political rally derail him. There’s no De Sica–like pathos here, though: instead Sen heaps on the absurdist comedy, has Mallick address the camera out of character, and by the end has phase-shifted the film into a series of performance-art pieces. The suit-seeker, no longer sure whether he’s more repelled or turned on by the demands made on him by commerce, apes the posture of a shop-window dummy. Sen, who began Interview with shots of imperial statuary being dismantled, ends it with mannequins increasingly occupying center stage. One kind of empire gives way to another. Now the dark monarch is capitalism. Here’s hoping Film Forum will stage a follow-up series devoted to the cinema of neocolonialism.