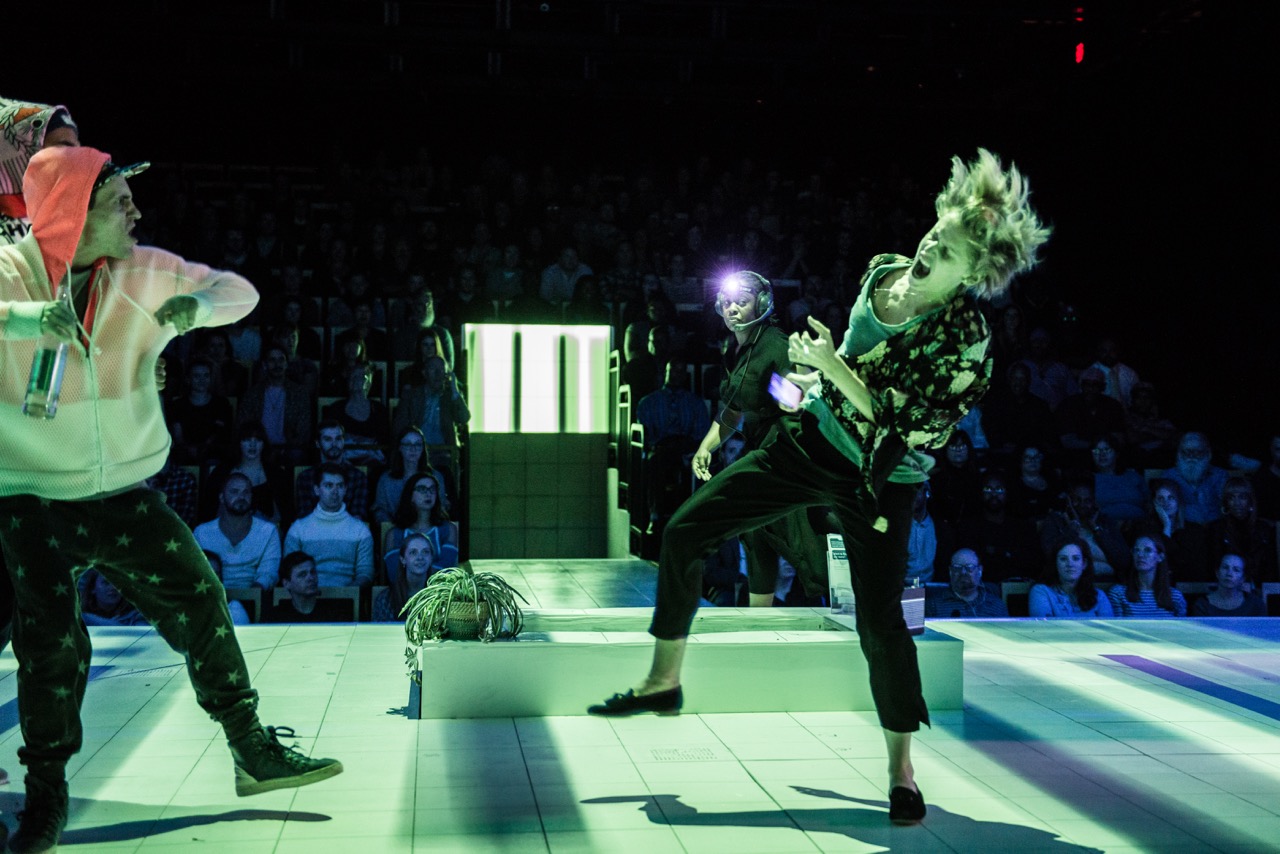 The middle of a head-banging, seat-shaking, candy-colored freak-out rave—with clones of the lead actor crawling out of the walls—is an odd moment to start worrying about whether what you’re seeing is ethically “right.” And it’s not that you’re supposed to! In fact, for some stretches, Duncan Macmillan’s raucous addiction drama People, Places & Things doesn’t want you thinking at all. London’s National Theatre has sent over a sensorially thrilling show, so for much of our time at St. Ann’s Warehouse we’re just delighted to be overwhelmed by the drug ecstasies of the play’s blitzed heroine, Emma. As played by Irish powerhouse Denise Gough, Emma makes us swoon as she nosedives—rollercoasters are most exciting when we’re falling.

At the same time, though, People, Places & Things wants to be clear about how recovery works. It spends much of its two and a half hours showing us group meetings, discussing the twelve steps, and acknowledging backsliding. But Emma’s most crucial pivot toward sobriety happens offstage. (Sometime during intermission, she decides to take life seriously, though we’re never told why.) What we do see are the low points, which are, frequently, her highs. The show begins as Emma, five sheets to the wind, performs Chekhov’s The Seagull. She reels, literally pulling the world down around her: she snatches down a scrim backdrop, revealing an entire audience on the other side. Each bank of seats, now peering across a central stage platform, assumes for a moment that it’s seeing a reflection of itself. Are we looking in a mirror? Suddenly, we recognize the actual configuration of the space. Set designer Bunny Christie has dozens of such tricks—jolts of perceptual distortion that make us empathize with the perpetually jolted Emma. 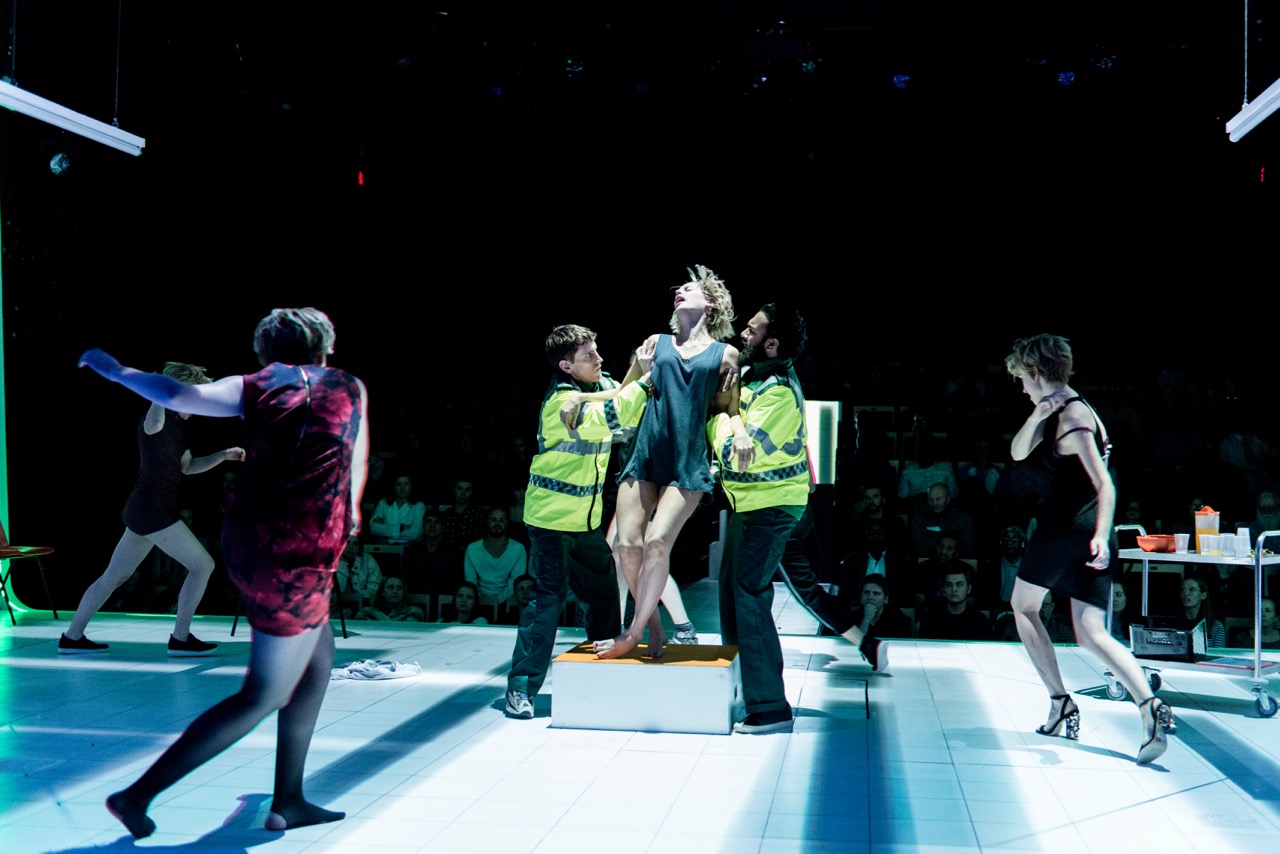 Early in our time with the actor-addict Emma—only one of many names she uses—she does coke off her rehab center’s intake desk. When substances hit Emma’s blood-brain barrier, a storm of theatrical effects hits us. Tiled surfaces seem to melt; or actors multiply; or the noise gets really, incredibly, excitingly loud. Throughout the play, these altered-state scenes are examples of staging excellence, and director Jeremy Herrin manages to avoid repetition fatigue. But there’s something troubling even in their prowess. Emma’s mother has the most violent line in the play, spoken after her daughter has tried to make amends. “Sweetheart,” she spits, “drink and drugs were the only things that made you any fun.” The audience sucks in its breath at her cruelty. You could throw a bomb at a person and do less damage. But isn’t the production saying the same thing? It doesn’t escape us that Emma’s trips are the coolest, richest, most specific things about her. That can’t be right.

As a production and a performance, People, Places & Things is a fireworks display. Narratively, though, the play follows a traditional pattern, one you can predict almost from the moment we realize that Emma has fetched up in a treatment center. Her Nina-wig off, Emma’s real hair is a cute blonde hedgehog—but her eyes are black holes. We know the type: she enters rehab, fails at rehab, re-enters rehab, wins through to sobriety, and ends on a note of intermixed hope and fear. You could almost set your watch to it. 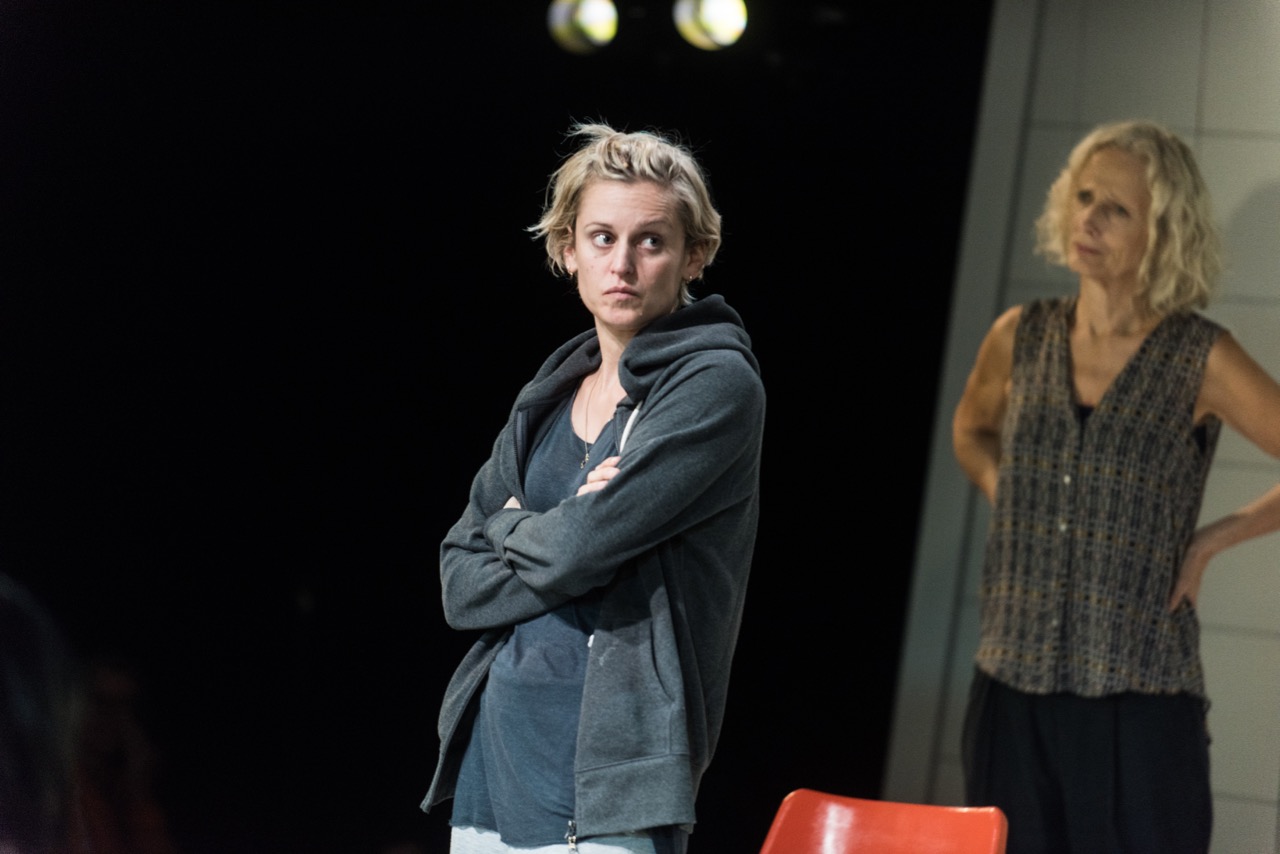 Cliché is actually something that bothers Emma too. She fumes at all the pat phrases that infest the rehab community. The play’s title refers to the types of triggers that a user must avoid; Emma points out that they encompass the whole world. She rages against the center’s doctor (Barbara Marten) because the program requires the patient surrender to a higher power. She cites Baudrillard to question her therapist’s assumptions about reality, resists the doctor’s insistence that she examine her past for a “reason” for her addictions, and recoils in disgust from the happy-clappy nature of Group. She sneers too at the doctor’s cross—to this sharp-minded secular woman, it’s evidence of magical thinking.

Though the process doesn’t meet her high standards, Emma eventually has to surrender to it because, whatever its aesthetics, it could save her life. So can’t we forgive cliché in a drama that might have the same ambitions? (According to some accounts, people struggling with substance abuse issues have contacted Gough and Macmillan, thanking them for the production.) In an interview in The Guardian, Macmillan said that great theater is “incredibly direct and incredibly interventionist.” And Macmillan makes us keenly aware that “interventionist” language isn’t always graceful. It can be cheesy and obvious and overfamiliar. This rueful acknowledgement was also the core of Macmillan’s unabashedly sentimental Every Brilliant Thing, which toured to New York in 2014. That play fought clinical depression with a literal list of stuff worth living for (“things with stripes,” “Christopher Walken’s hair”). The point is that even if such language might seem corny, its inelegance doesn’t matter—so long as it works.

Yet there’s a deeper problem in People, Places & Things. The “hero narrative” of a drama is inherently difficult to square with frank representation of recovery: the twelve steps and the three-act structure ask for completely different things. The latter, for instance, promises dramatic elements like revelation (ah! This is why she uses!) that don’t usually show up in real life. Macmillan’s last scene, in which Emma confronts the parents she’s been talking about all show long, is one about giving way to temptation—for the characters, since they can say what they’ve been dying to say to each other, but also for a resolution-hungry playwright. Macmillan abandons his moral neutrality for something merely Freudian. The show’s compelling idea till now has been that addiction sometimes takes us even when nothing has gone wrong, but here it dies with a sputter. In its final scene, Things turns into another She Had A Bad Mom play, and the audience settles back, dangerously reassured by conventional dramaturgy. 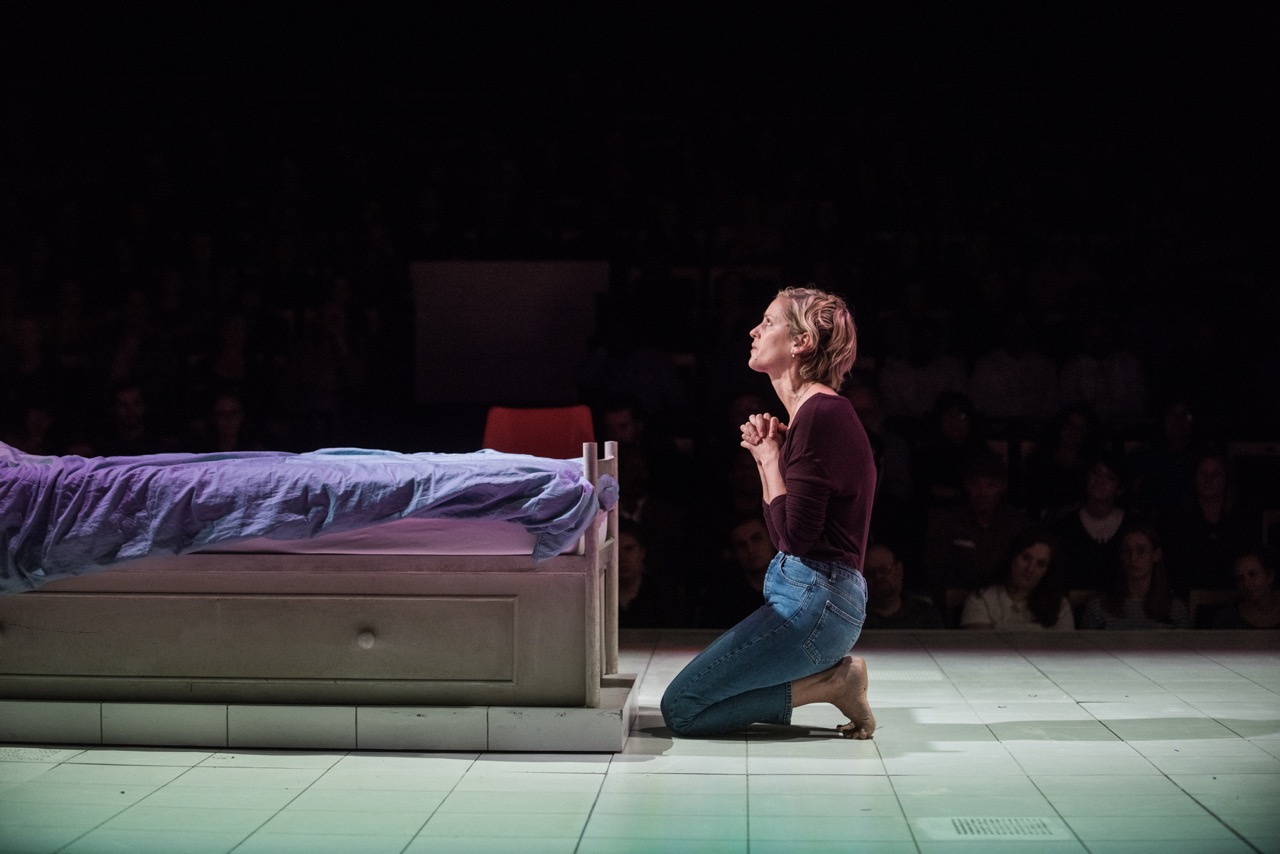 Or perhaps the play we’ve been watching is not what we think we’ve been watching. It may be that Things is simply showing us the kind of healing that Emma—a reality-avoidant actor who “borrows” Hedda Gabler’s biography for a getting-to-know-you session—would invent. Macmillan populates the stage with a whole center full of other addicts, but they’re only types: the relapsing housewife, the coked-up trader. Macmillan limits us to the world through Emma’s eyes, so these other people seem like road signs on her journey more than real minds. And when we finally meet her parents, they are so precisely how she described them that we begin to wonder if everything we’ve seen is just a fantasy—one playing out in an addict’s mind.

This reading, though, would require a more cynical, less heartfelt production, and no one involved seems to want that. So, does it matter? Why not relax and enjoy? The piece shows real sympathy for those in recovery, and Gough is giving an old-fashioned, barnstorming, operatic performance. If it doesn’t bother you that there’s something false at the story’s core, then, hell, lean back and let the experience take you away. Craft this good is a drug; you can almost feel it entering the vein.