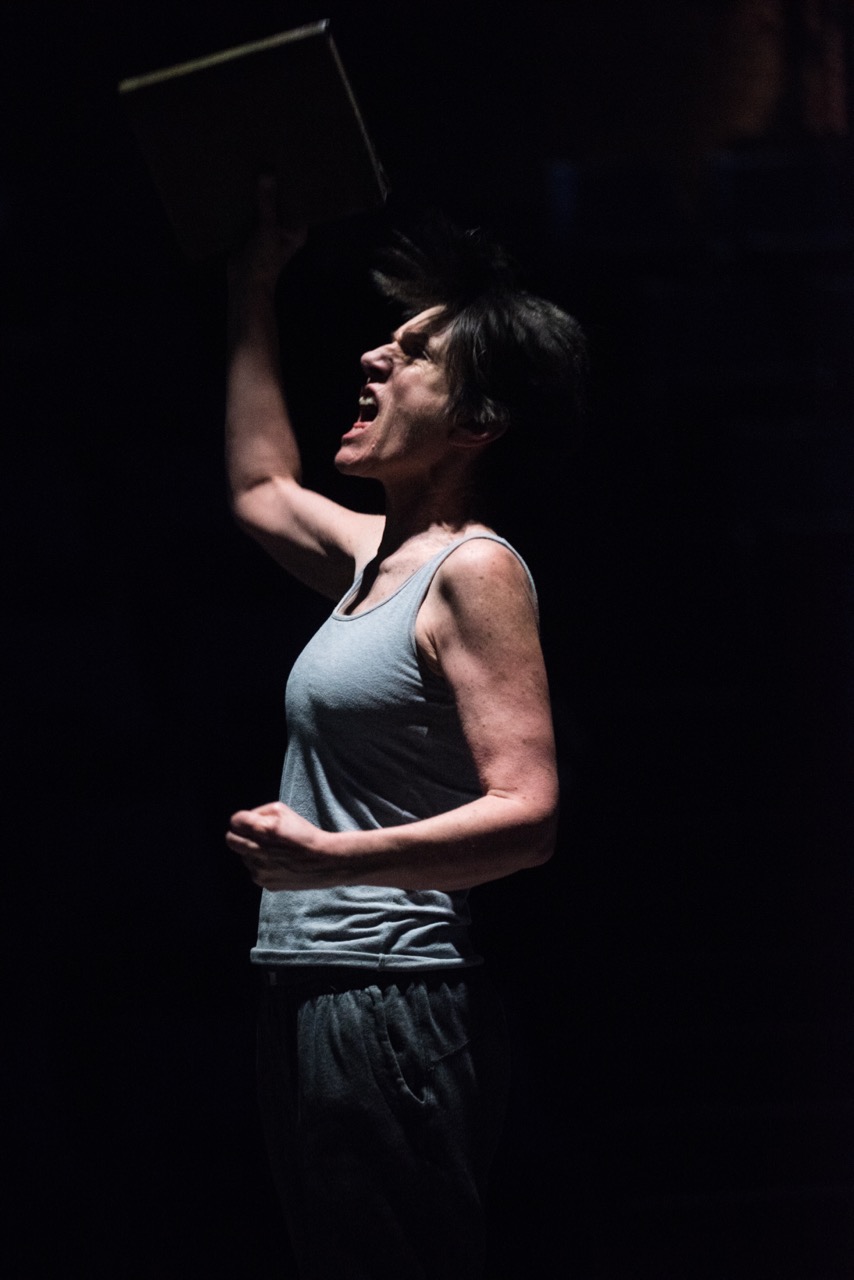 In her memoir Brutus and Other Heroines, the magnificent British actor Harriet Walter pens an open letter to Shakespeare. The sixty-six-year-old—knighted a Dame Commander for services to the theater—writes: “Dear Will (if I may), . . . I am now what you would consider a very old woman, and I have felt somewhat starved of your material for the last ten to fifteen years.” Her plea for mature parts for women turns desperate. “Are you just not interested in our lives?”

And indeed, what can a woman with lines on her face do when she wants to play Shakespeare? When the Bard was writing, women were barred from the public stage. Teenage boys played female roles; when their voices changed, they moved on to male parts. So while there are wonderful ladies in Shakespeare, his few older women are broader creations, either harridans (Richard III’s Margaret) or bumptious comic types. Elegance, authority, and advancing age must have been too tricky a combination for the cross-dressed boy-performer—so, despite living in the era of Queen Elizabeth herself, Shakespeare lacked the theatrical materials to create a woman with a voice of authority.

Shakespeare’s our most produced playwright, but his men outnumber women at a ratio of six to one. And while a serious male actor “gives his Lear” as his career’s crowning achievement, an actress finds no equivalent character anywhere in the canon. The obvious answer is—cast women in the great male parts. Now, happily, what was once unusual (Fiona Shaw’s 1995 Richard II) has begun to come into wider practice. Some companies, like New York’s Queen’s Company, actually specialize in travestiti Shakespeare; the titan Glenda Jackson brings her King Lear to Broadway later this year. And there has been a storm of Duchess Prosperos and Prosperas—Vanessa Redgrave, Helen Mirren, and Olympia Dukakis.

Harriet Walter’s own Prospero—in the Donmar Warehouse version of The Tempest—has a lit-by-lightning quality. Love, regret, and fury flash across her face brightly enough to leave afterimages, and no one who sees the performance (now at St. Ann’s Warehouse in Brooklyn) will forget it. This is the third time Walter and director Phyllida Lloyd have collaborated on an all-woman Shakespeare. (The first two, Julius Caesar and Henry IV, also toured from London to Brooklyn.) Walter has been a steely Brutus, then a shattered Henry, now a heartbroken Prospero—and her performances and Lloyd’s productions have made an unanswerable argument for cross-gender casting at every level. 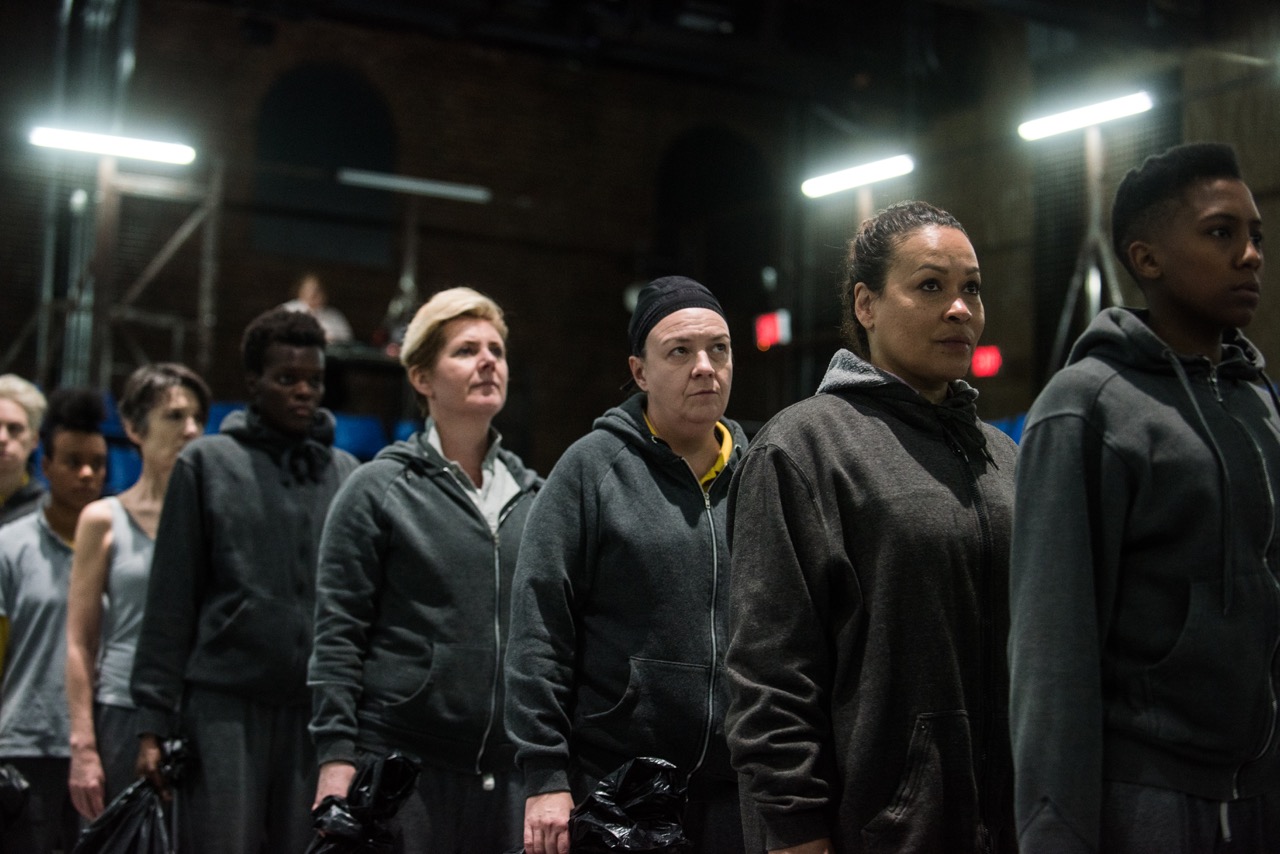 Lloyd’s trio of productions have been imagined as enrichment-program performances in a women’s prison: the action in all three takes place on its basketball court, with the all-female acting ensemble as “detainees” playing in costumes made from their jailhouse scrubs. (This has the effect of partway erasing, or at least somewhat neutralizing, gender to begin with.) Plastic bottles are the main source of props, and whenever the action gets too rough—say, a character threatens suicide—officers bum-rush the company, pin the women to the ground, and shout them into submission.

A pageant play, The Tempest is not, on its surface, suited to a penitentiary. The song-filled comedy is all airy ephemerality; our cloud-and-shadows reality is described as “such stuff as dreams are made on.” And the story’s a fairytale. When Prospero, the bookish Duke of Milan, is overthrown, he and daughter Miranda are left to die at sea. Washed ashore on an enchanted island, he uses his occult learning to enslave the monster Caliban (Sophie Stanton). The play itself begins when, years later, the Milanese usurpers sail by; the now-powerful Prospero and his servant-spirit Ariel (Jade Anouka) shipwreck them and needle them with terrifying illusions, while Miranda (the charming Leah Harvey) and an Italian castaway fall blissfully in love. 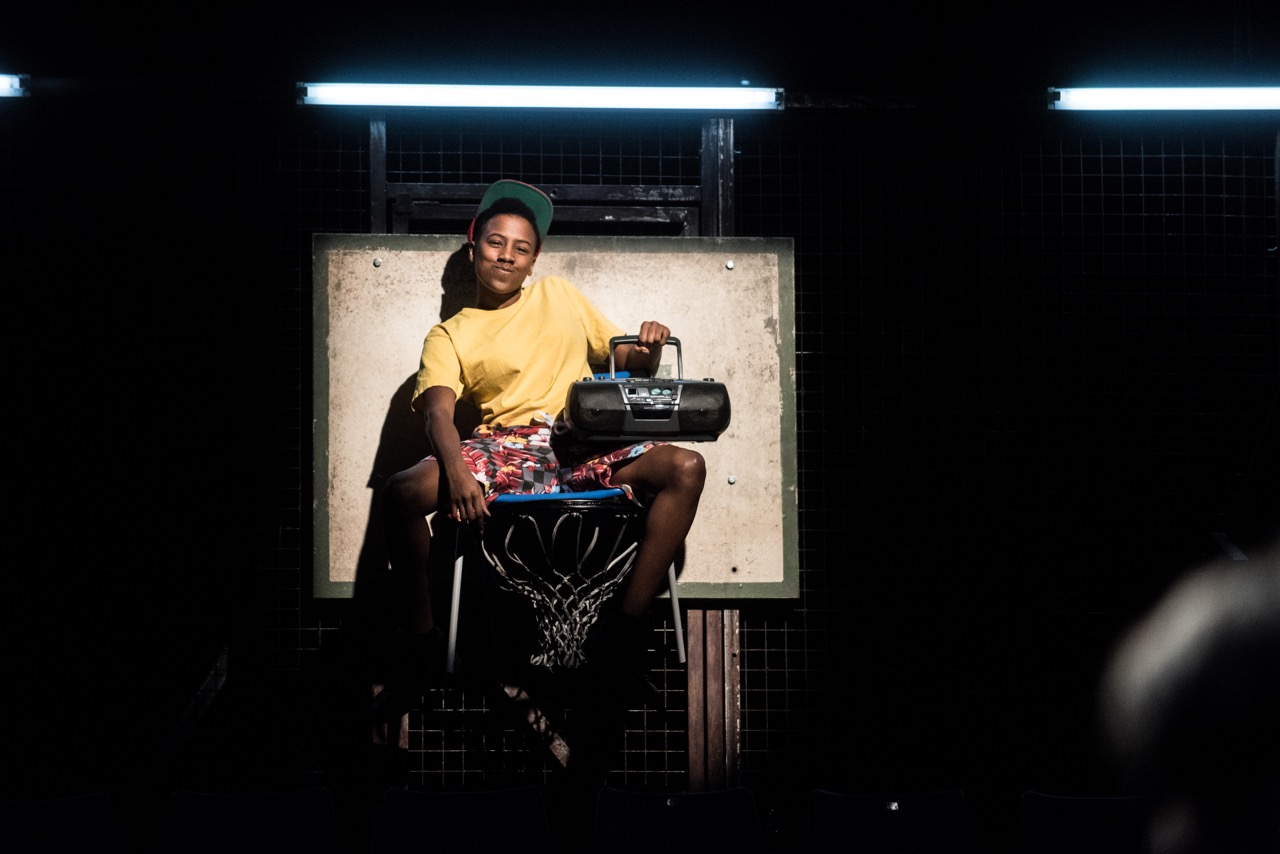 But under its glister, The Tempest also contemplates the absurdities of governance, the invisible line between enslavement and incarceration, and the costs of justified revenge. The play ends when Prospero pardons the scheming cabal and then (unilaterally and unasked) gives up his stupendous power. Why? Because, prompted by Ariel, Prospero realizes that every act of dominance ruins him; only submission can save his soul. This is a radically anti-authoritarian idea—he’s the “rightful” Duke after all—and one in deep sympathy with both the prison setting and the ethics of re-gendering the cast.

Lloyd’s direction has intelligence and passion—but it lacks restraint. The delight of her productions lies in how quickly we accept the new parameters, the frustration in how she won’t let us alone once we’ve done so. Scarcely five minutes in, we’ve happily forgotten Ariel and Caliban and Prospero are all women, and the “much with little” design (Chloe Lamford and Bunny Christie devised the set) echoes the best of Jacobean staging. But Lloyd keeps larding The Tempest with interventions by the guards, or raps by Ariel, or a framing-device about—this is needlessly complicated—Judith Clark, the imprisoned Weather Underground getaway driver. The directorial overreach can be exhausting.

What’s thrilling, though, about the Lloyd-Walter series is the way it turns the all-woman staging into something easy, natural, even commonplace. No one binds her breasts; no one wears a mustache. In Lloyd’s setting, the actors can play male roles without pretending to be men. A similar mechanism is at work in the cross-racial casting in Hamilton. We certainly don’t forget George Washington’s whiteness when he is played by a black actor, but our ideas of even a historical figure do subtly change. This is the power of the suspension of disbelief, of identities sitting lightly on each other.

Importantly too, there’s magic in the fact that so many all-woman pieces are happening. In large part, we can thank Lloyd’s insistence on such casting—she also directed the distaff Taming of the Shrew in Central Park—for the format’s recent sense of ubiquity. It seems so natural now. And there should be more of it.

Because the issue is not just feminist redistributive justice—it’s our culture’s collective “ear.” During the election, we learned a woman’s voice raised in confident assertion “sounds shrill” to many voters. “Smile more,” they’d say. “Stop shouting.” This is one of the real costs of never hearing a woman, particularly a woman over forty, “play the king.” Shakespeare’s language is inextricably bound into our political rhetoric, and, as a cultural touchstone, he sets our notions of what it looks and sounds like to lead. Imagine if we had heard women’s voices from childhood, speaking Shakespeare’s immortal speeches with authority and command. What would be different now? Shakespeare didn’t have the voices to write for—but those, at least, we can provide.