Turn on, tune in, type: in his new book, Tao Lin does hallucinogens. 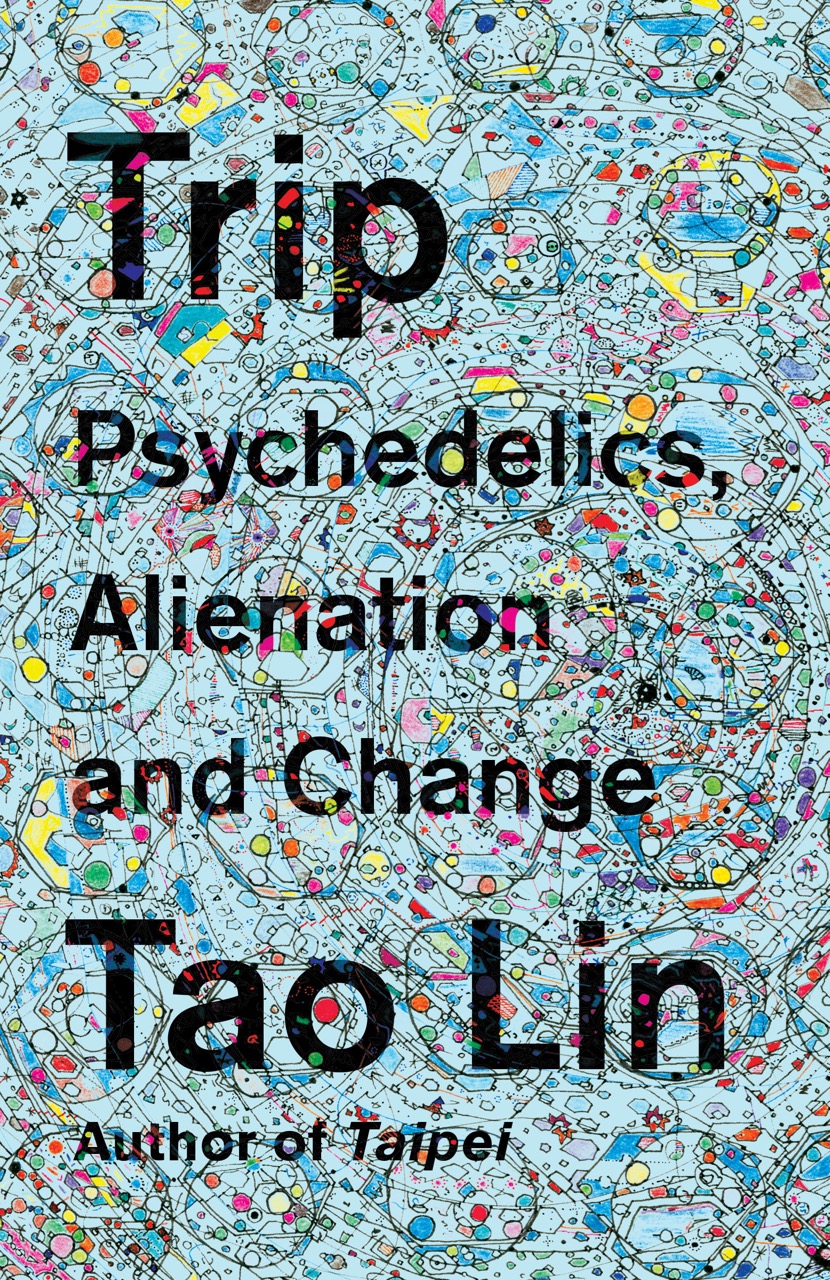 Drug writing tends to be oversized and dramatic, whether it’s of the gritty, defiant countercultural strain, or the harrowing-but-ultimately-redemptive memoir variety. Like everything else he pens, Tao Lin’s new contribution to the field, Trip: Psychedelics, Alienation, and Change, stands apart from its peers. In his eight-book-long career, the thirty-four-year-old has never trafficked in big literary emotions, and Trip continues his strange articulations of impoverished experience.

Lin is, if nothing else, divisive. He has diehard fans, but he’s also been a favorite target of critics’ contemptuous dismissal. It’s a question of whether or not you think he’s trying to pull one over on you with his flat, numbingly repetitive, adjective-depleted writing style and notorious self-promotional hijinks (which mostly happened in the early starving-artist phase of his career, ranging from selling shares in an unpublished novel to email-spamming Gawker and plastering its office doors with stickers). Trip, Lin’s first properly nonfiction book, probably isn’t going to convert any haters—it’s still full of angular idiomatic ticks (his trademark stiff tone and mania for quantifying things in numbers, to name a few). And there’s that awkward self-consciousness that sometimes makes you feel a little embarrassed, like you’re reading an undergraduate term paper. But for those predisposed to Lin’s peculiar voice, it’s also probably the most personal, engaging, and sophisticated thing he’s written so far.

To be clear, I’m squarely in the latter camp. I don’t think Lin’s abased language is some faddish gimmick covering for a lack of substance, as critics like Joshua Cohen have scornfully suggested; I think it’s the language of most people who grew up with screens, live relatively unremarkable lives, and feel inexplicably sad a lot of the time. Someone like Karl Ove Knausgaard can take quotidian banality and turn it into a shining, aspirational literary object. Lin just transcribes that banality for what it is, making his books (to use one of his favorite words) bleak, to the point of discomfort—partly because the bleakness is so recognizable.

Trip takes that mood as its starting point, but unlike in his previous work, here Lin tries to puncture the minor, ugly feelings that color his experience (worry, anxiety, boredom) and search for a way out—by using a range of drugs. Or, to be precise, psychedelics; he takes care to demarcate two camps of chemicals—the unhelpful and dangerous synthetics versus the natural and generative (cannabis, mushrooms, DMT), all of which he’s experimented with at one time or another, sometimes out of glancing curiosity, or, as he writes, “as tools I could use to significantly change my underlying experience of life.”

The book is structured something like a pilgrim’s tale. Lin begins by describing his suffering: “I was chronically not fascinated by existence, which, though often amusing and poignant, did not feel wonderful or profound but tedious and uncomfortable and troubling.” In addition to its conspicuous use in the book’s subtitle, some version of the word “alienated” appears six times in the first nine pages—Lin is the supremely disaffected youth, for reasons he can’t quite understand. But in 2012, he stumbled upon YouTube videos of the late Terence McKenna, perhaps the most famous hallucinogen evangelist. Excited by the potential of McKenna’s theories to alter his estranged relationship with reality, Lin responds to the pioneering tripper’s call for “the diaries of explorers,” devoting the middle section of his book to narrating his own trips on psilocybin, DMT, and salvia. He finally reaches something like enlightenment in the extensive epilogue, in which he abruptly switches to the third person to describe his journey to California to attend a plant-drawing class taught by McKenna’s ex-wife, Kathleen Harrison, which happens to fall on his thirty-third birthday.

Lin’s thirty-third birthday is significant not just for its prophetic implications, but for the way it informs the carefully considered architecture of the book’s chapter on cannabis, “a thirty-three-part, fractal structure.” He self-reflexively grapples with the construction of the book as a whole throughout the course of the tale, describing conversations with his editor, Tim, and commenting on how sentences were recycled through various drafts (and if you follow him on Twitter, you could have watched him do this in real time prior to Trip’s publication—he would share deleted words and phrases as he was editing). This is a key to what the book is about, beyond the quiet despair of ordinary life and drugs’ power to cure it: it’s about a young writer on a quest to understand his obsession with translating experience into language, and trying to find the best way to do so. This is surely one of the reasons he was so drawn to McKenna in the first place, who Lin quotes as declaring that “we should actually place literature as the central metaphor that we want to work out from.” Lin explains that one of his motivations to write what would eventually become Trip was to explore “how life was like a higher-dimensional form of language-based art.”

Like so many writers before him, Lin seems excited by the challenge of “languaging” the drug experience, which is so resistant to words: his trips are “outside language, except by being outside language it can’t be described, or to describe it would be to kill it.” In his efforts to record those experiences, Lin eschews the rigorous refusal of adjectives and figurative language that defined his earlier novels, trying here to create a much richer textual world. In Trip, he persistently releases torrents of synonyms in interminable lists (McKenna’s videos make him “mentally and physically smirk, smile, grin, snicker, chuckle, chortle, and laugh”); he grasps at similes and metaphors to describe his hallucinations (“it was around two ontological corners. It was closing closed eyes, or waking, incredibly, thrice. It was a mental sneeze that kept intensifying, ludicrously, instead of ending in a second”); he pays close attention to the minute details of the world around him (the leaves of a plant in Harrison’s California garden appear “tinily Velcroed”).

Lin makes repeated reference to his compulsive notetaking—he keeps an .rtf file on his Macbook in which he lists nearly everything he does during the day; he endlessly records videos and voice memos on his computer and phone; his gmails and tweets capture the times and dates of conversations and thoughts. It all constitutes a massive archive of lived experience that he has always downloaded into his writing. But here he wrestles with the burden of this obsessive recording, at times trashing or breaking his laptops, and ultimately losing the smartphone he used to document his trip to California, forcing him to write from memory, which lends a more fictive cast to the book’s novella-like epilogue. Trip is thus a document of an evolving process, a sincere meditation on “braiding life and literature,” and a quasi-treatise on why we write. It is also calmly beautiful—fracturing loneliness and humming with hope.