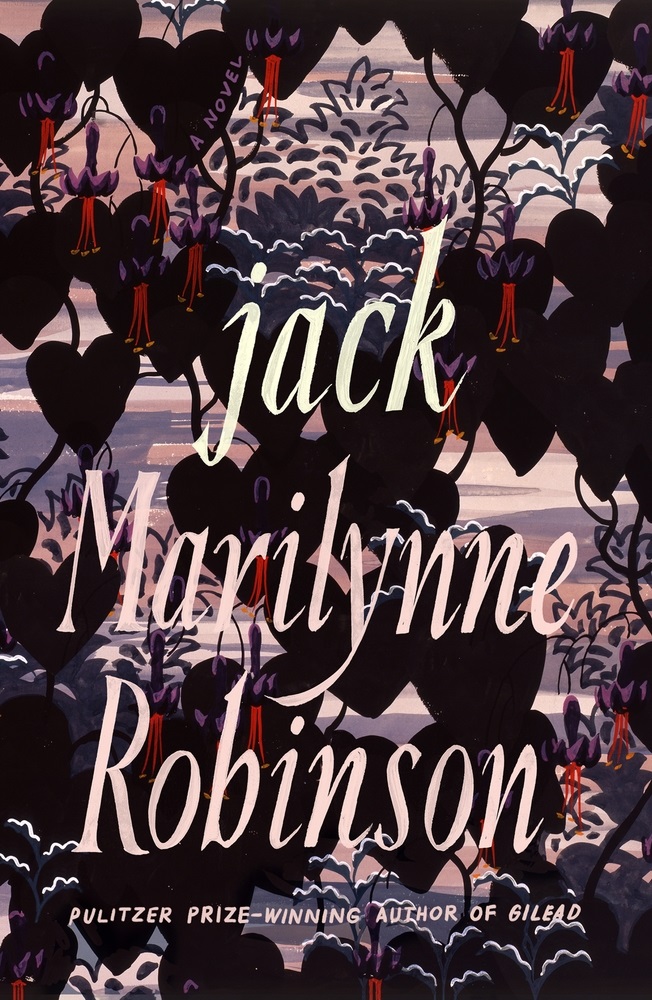 As each new book appears, the world that Marilynne Robinson first created in Gilead (2004) becomes more textured and complex. After that novel, which charted the relationship between John Ames and Robert Boughton, both religious ministers in Iowa, she published two further ones set in Gilead—Home (2008) and then Lila (2014). At the end of Home, as Robert Boughton is dying, his wayward son Jack decides it is time to end the visit to the family home in Gilead that he has made after twenty years away.

Just as he departs, his African American wife Della and son Robert arrive looking for him. The next few pages, as they find that he has gone, leaving no address, are created with a drama fed by silences, by things that can never be said. The writing is starkly memorable and chilling because of Robinson’s magisterial approach to character and destiny, to sinfulness and the possibility of redemption, but also because of her skill at delineating minute feelings and ordinary, small gestures.

Jack, the fourth novel in the series begun with Gilead, takes us back to the years when Jack Boughton gets out of prison in St. Louis and meets Della Miles, a high-school teacher, and like Boughton himself, the child of a minister. Thus, the book is, to some extent, a prequel to Home.

The novel dramatizes a difficult love affair across racial lines in the 1940s, when such a relationship is forbidden by law. Robinson sees her characters, in all their weaknesses and raw emotions, as souls as much as bodies, as figures whose actions can be viewed in the light of sin or grace as much as material things. In both Home and Jack, the specter of predestination haunts the figure of Jack; the suggestion lingers that he was somehow maimed or marked before he came into the world.

Jack is a thief and a drunk. He has an “old compulsion to do damage as chance offered.” He lives in a permanent state of guilt. He has disappointed his father and not visited his mother on her deathbed. If he wears a hat, then the hat will cause him endless embarrassment. If he works in a shoe store, it will close. If he goes to a library, he will steal a book. If he buys a bottle of rum, he will drink half of it before he knows. If he goes on a date, he will meet debt collectors who are pursuing him, one of whom will say: “I can’t stand that guy. Something about him.”

Robinson has created a rogue, but she has given Jack a conscience. While he is capable of many small sins, he does not commit the large one of telling lies to himself. This gives him not only an ambiguous moral dignity but a richly complex way of registering his own experience.

Of all her five novels—Robinson published her first, Housekeeping, in 1980—Jack is the one that uses religious imagery most copiously. If the novel form itself is, in general, a secular space, privileging choice and chance, money and marriage, Robinson—while bathing her characters in quotidian life—also sees them in the light of a larger, more spiritual destiny, using the language of the sermon and the Bible.

When Jack and Della embrace, for example, it is as if they “had survived flood and fire.” Jack’s adult life “had not been purgatorial by accident.” Jack’s father thinks his son’s “conscience was so delicate it seemed to truly condemn him in his own eyes.” Jack sees his own life “as fruitful a sermon text as the Lost Sheep, the Prodigal Son, the Unfaithful Stewart.”

A few times, the theologian in Robinson gets in the novel’s way. Even were it a translation from the German, it would be hard to forgive the following sentence: “If the Fall had made sinfulness pervasive and inescapable, then correction might be abrupt and arbitrary, to draw attention to itself as the assurance of an ultimate order without reference to specific wrongs, which, in a post-lapsarian world, must all more or less run together.”

On the other hand, there are some astonishingly beautiful religious images. One is a description of hell: “No flames at all, just an eternity of disheartened self-awareness.”

Although Jack is poor and untrustworthy, Della sees some essence in him that will cause her to risk everything, including her relationship with her family, to be with him. She tells Jack: “Once in a lifetime, maybe, you look at a stranger and you see a soul, a glorious presence out of place in the world. And if you love God, every choice is made for you. There is no turning away. You’ve seen the mystery—you’ve seen what life is about.”

While the novel uses, at times, a very high tone indeed to describe these star-crossed lovers in a dark time in America, the book is also filled with a vivid and detailed sense of life, including Jack’s dingy boarding house and his poor clothes, as well as his various efforts to make his way in the world.

The dilemma the lovers face takes time to develop, however. The long opening section, where they spend a night locked inside a cemetery, has too much stilted dialogue and too few of the exquisitely dramatic scenes that come later, as Jack is constantly drawn to Della’s house in a segregated area of the city, and she, despite intense pressure from all around, decides that she wants to be with him.

Della’s willfulness is not a flaw here, but an example of her intelligence and independence of mind. Jack cannot be pinned down. His devotion to Della, as much as his unreliability and mendacity, defines him. Their marriage is rendered as something holy and special.

Robinson makes all this work because her own tone is as ambiguous as Jack’s character. She can, for example, write a marvelous comic scene when Jack has lunch in Memphis with Della’s family. Side characters are created with care and skill. And there are plain sentences that have a fierce, stark power.

What emerges at the end of Jack is the extent of Marilynne Robinson’s command. She shares with George Eliot an interest in large questions and also a fascination with a wildness in the soul, with a sensuality and a spiritual striving that cannot be easily calmed, and can be captured only by the rarest talent.

Colm Tóibín is the author of nine novels, including The Master and Brooklyn, and two collections of stories. His work has been translated into more than thirty languages. He is a contributing editor at the London Review of Books and Irene and Sidney B. Silverman Professor of the Humanities at Columbia University.