In Leslie Jamison’s essay collection, the search for a radical honesty. 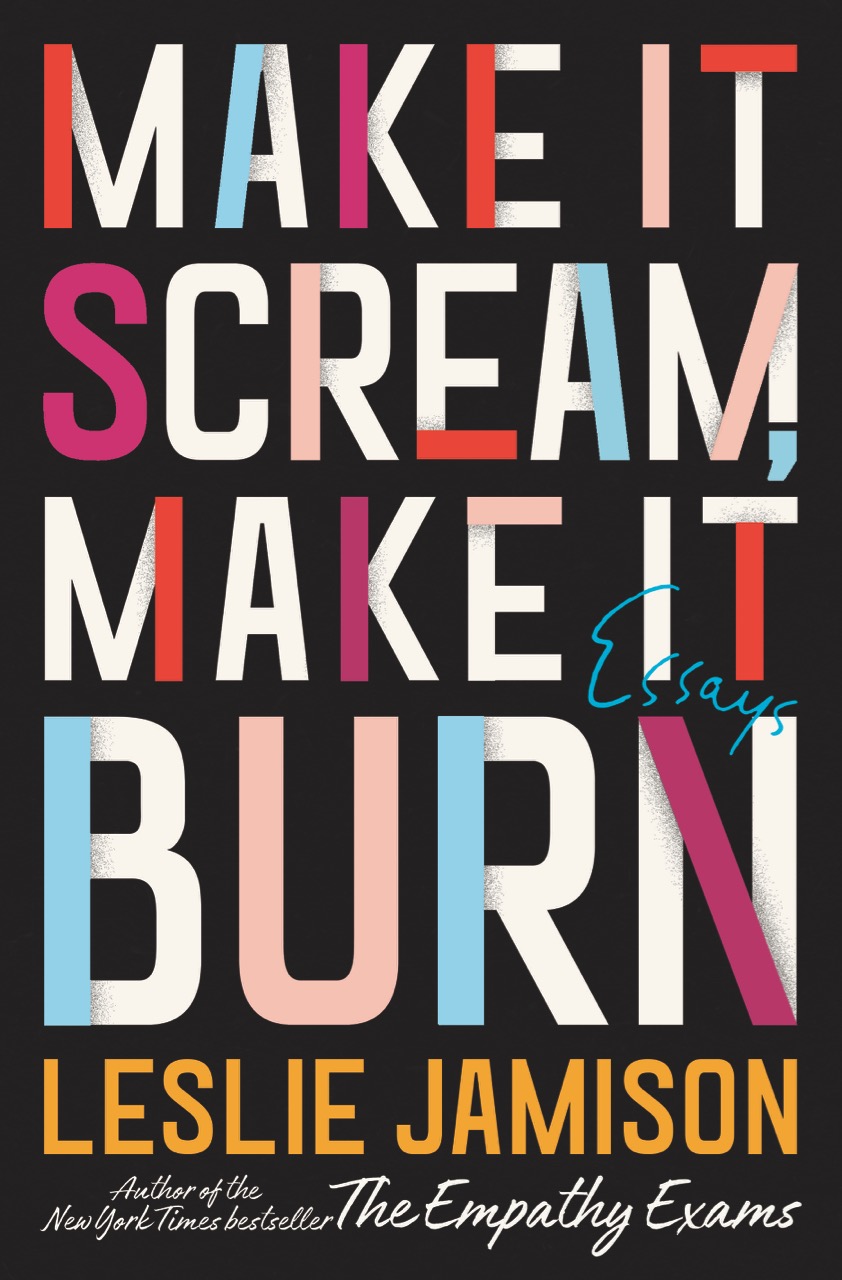 “Love,” Leslie Jamison acknowledges early in Make It Scream, Make It Burn, her second collection of essays, “is not immune from the human hunger for narrative. It’s a hunger I experience constantly myself.” The observation is telling, and not just in regard to this book. Jamison is outlining a way of thinking, a strategy for engagement—which is, of course, what the essay as a form is all about. “We tell ourselves stories in order to live,” Joan Didion has written, illuminating the connection between narrative and meaning, story as a mechanism less for reflecting than for re-creating the world. It is hardly a coincidence that Jamison adapts that phrase for the title of one of the pieces here. “Why did I want to defend these tales of prior lives, anyway?” she asks herself (and us) in that essay, which considers the question of reincarnation. “If we told ourselves stories in order to live, what did we get from stories that allowed us to live again? It was about something more than buffering against the terrifying finality of death. It had to do with recognizing the ways we’re shaped by forces we can’t see or understand.”

These forces—or their influence—sit at the center of Make It Scream, Make It Burn, which is a volume of such investigations as well as one of personal narrative. Its subjects include an elusive blue whale that has become a kind of cipher for the people who follow it; the internet community Second Life, where user projections, although seemingly limitless, end up falling into predictable, even clichéd, roles and images; and the Museum of Broken Relationships in Zagreb, Croatia, a real-world installation featuring an array of once important signifiers (“a toaster, a child’s pedal car, a handmade modem”), which operates from the assumption that “strangers wanted their lives witnessed, and other strangers wanted to witness them.” In each case, narrative becomes what we make of it, which is to say that it is conditional, relative. In the face of such fluidity, Jamison has no choice but to “collaborate” (a concept she invokes more than once) on a set of stories that develop in the space between teller and listener, observer and observed. “I felt weirdly necessary,” she insists in her dispatch from Croatia, “as if my attention offered proof—to the strangers who had donated these objects—that their thwarted love was worth paying attention to.” What she means is that narrative does not come predetermined, but instead, and necessarily, grows out of desire.

Jamison is familiar with this dynamic; her 2018 memoir, The Recovering, traces the author’s love affair with drinking, and invokes writers including John Berryman, Jean Rhys, and Charles Jackson to enlarge and comment on the relationship of creativity and alcohol. The 2014 essay collection The Empathy Exams, meanwhile, operates in the middle ground between what we tell ourselves and what we admit to others; the title piece recalls her work as a medical actor before blurring the line between the stories she is paid to dramatize and those that belong to her. It’s a stunning device, opening up the writing as we move through it, which makes the act of reading feel like excavation as more of Jamison’s experience is revealed.

Make It Scream, Make It Burn expands on these efforts, often in overt terms. The writer James Agee, for instance—subject of a short riff in that earlier collection—returns for a fuller treatment in the title essay of this new one; its argument, that “every strategy of representation is somehow flawed or wrong,” is that of the entire book. “How does the morally outraged mind begin to arrange its materials?” Jamison asks. “And then—once it begins to doubt itself—how does it rearrange them all over again?” These inquiries are essential not only in regard to Agee but also to the project Jamison increasingly appears to be articulating for herself.

Jamison, after all, is looking for connection—between herself and her subjects, herself and her family, herself and herself. But connection, she understands, is always provisional, incomplete—or, more accurately, dependent on a willingness to suspend disbelief. “It wasn’t that I necessarily believed in it,” she writes in the reincarnation essay. “It was more that I’d grown deeply skeptical of skepticism itself. It seemed much easier to poke holes in things—people, programs, systems of belief—than to construct them, stand behind them, or at least take them seriously. That ready-made dismissiveness banished too much mystery and wonder.” We all need a story to believe, in other words, so why not this?

Here we see the territory her writing inhabits: self-questioning while at the same time empathetic, dubious and credible at once. In such a landscape, resolution is, at best, construction or compromise. Take “Maximum Exposure,” the saga of photographer Annie Appel, a modern counterpart to Agee and his collaborator Walker Evans; since the 1990s, Appel has traveled repeatedly to Mexico to shoot a single family. Jamison juxtaposes these two essays, one after the other, making their relationship explicit by suggesting a certain continuity. That continuity, however—Jamison smartly insists—can’t help but include the contradictions inherent in their work. “What does it mean to make art from other people’s lives?” she wonders about Appel’s images. “What distinguishes exploitation from witnessing, and when is that witnessing complete? Is it ever?” The same, of course, might be asked of her. “You keep witnessing,” Jamison concludes. “It’s endless. That’s the problem, and the point.”

What Jamison is after is a kind of radical honesty: the ongoing inquiry of a mind at work. That this is not a new issue, but infuses all her writing, is the whole idea—even when she is her own subject, as in the last group of essays in the collection, which deal with family and marriage and parenthood. “It was easier to miss him than to have him close,” she writes of her father, remembering the years after her parents divorced. Later, describing the experience of being pregnant, she recalls a younger incarnation of herself, in the throes of an eating disorder: “I came to prefer hunger to eating, epic yearning to daily loving.” I recognize the yearning she describes.

For Jamison, interaction comes with all sorts of risk, not least that in getting close to other people, we can’t help but leave ourselves exposed. Still, what other choice do we have? To be human is to be vulnerable: to being hurt, misunderstood. It is to put our need on the surface; it is to wear desire on our skin. A similar tension, it should be said, also motivates the genre of the essay, which is defined by the vulnerability of the writer and her subjects at once. Projection, longing, and (yes) empathy: as Jamison recognizes, every narrative remains conditional, leaving us between proximity and distance, in relation with one another and yet at the same time alone.

David L. Ulin is the author of Sidewalking: Coming to Terms with Los Angeles, which was shortlisted for the PEN / Diamonstein-Spielvogel Award for the Art of the Essay. A 2015 Guggenheim Fellow, he is the former book editor and book critic of the Los Angeles Times.