In Richard Flanagan’s new novel, a world of erasures. 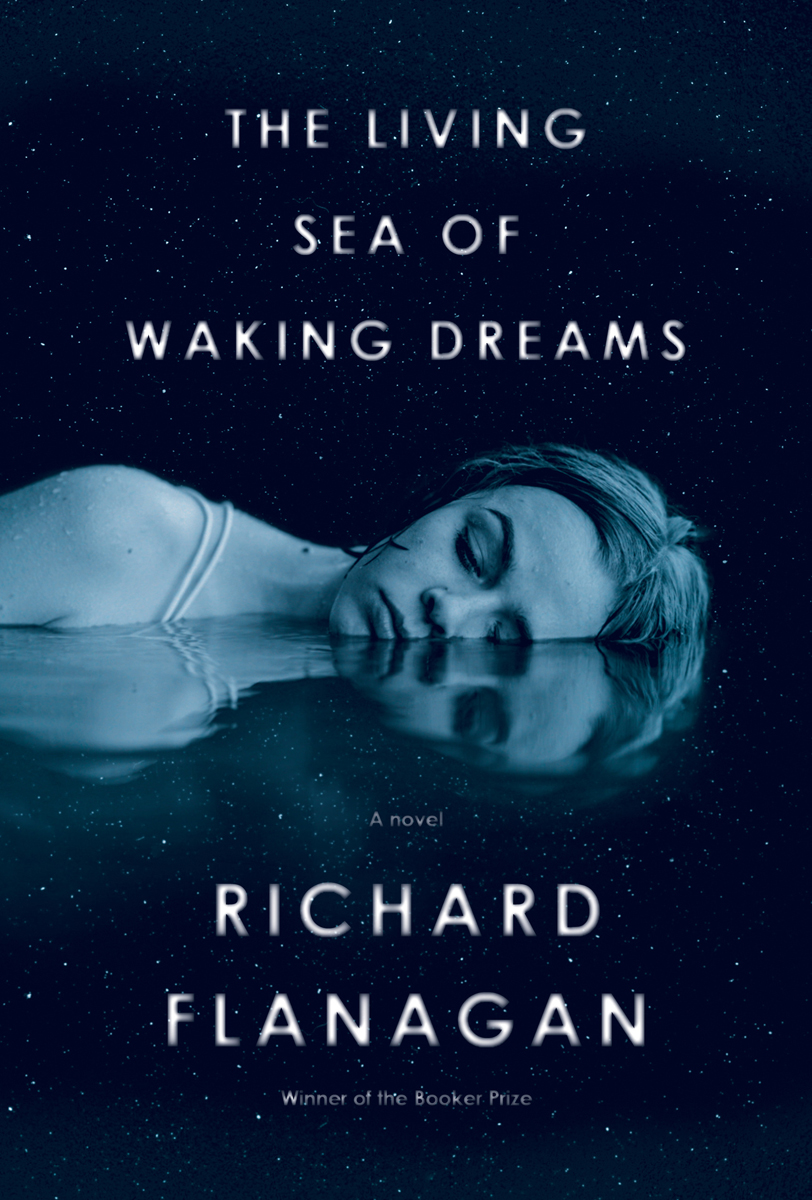 Richard Flanagan’s eighth novel, The Living Sea of Waking Dreams, is a book of disappearances. “It’s impossible to say,” he observes on the first page, “how the vanishing began or if it was already ended, thought Anna. Or, for that matter, how to begin. Whether it’s about me or her or him, whether it’s she or we or you, whether it’s now or then or sometime soon.” What Flanagan is getting at, to borrow a phrase from William S. Burroughs, is that every one of us is here to go.

That’s as true of Anna—who is one of the protagonists of this kaleidoscopic novel—as it is of her mother, Francie, dying in a hospital in Tasmania. And yet, the disappearances each experiences are of a different sort. For Francie, it’s the kind of shrugging off that happens at the end of life, a shutting down of both internal organs and the desire, or ability, to connect. “She could raise only one side of her upper lip,” Flanagan writes, “revealing a few crooked yellow teeth unnaturally long where the gums had pulled back, giving the effect of a skull sneering.” For her daughter, the winnowing is more amorphous: “Between her little finger and her middle finger, where her ring finger had once connected to her hand, there was now a diffuse light, a blurring of the knuckle joint, the effect not unlike the photoshopping of problematic faces, hips, thighs, wrinkles and sundry deformities, with some truth or other blurred out of the picture.”

Is this magical realism, or a breach in the fabric of the world? The answer is a little bit of both. Flanagan has worked such a seam since the publication of his 1994 debut novel, Death of a River Guide, which frames its narrative as an extended flashback, in the form of a drowning man’s final, encompassing reverie. “It had become easier not belonging,” he tells us there; “he had learnt to cope with that, had made a life out of it, drifting.” Something similar might be said of, or by, the characters in The Living Sea of Waking Dreams.

Unfolding in a recognizable time and place—Tasmania and Australia in the near present, both of them beset by catastrophic wildfires and other climate-change disasters—it is a book that aspires, as well, to the ineffable. “On the days that Francie had the energy to talk,” Flanagan notes, “she could still be chatty, and Anna would listen as her mother told her of the strange things she had seen. The man in the ward opposite who kept ferrets hidden in his pyjama trousers. The CIA spies who lived in a cave just outside the window, faces blank plates from which noses, ears, lips had slid off so all that remained was a single central eye, watchful and mournful.”

On a certain level, these “madnesses of flesh and soul” appear to be effects of dementia. Still, what of Anna’s missing finger? As the novel progresses, she continues to shed body parts (a knee, a breast, her nose, an eye), and she is not alone. Boarding a tram, Anna wonders why her fellow passengers don’t notice her infirmities. Only then does she see what’s right in front of her: “every other person on that tram had one eye only also.”

What makes the moment vivid is how it illustrates the extent of the vanishing, which Flanagan positions as a symptom of technology. “How could they have known that they were being erased from the beginning?” he asks, after noting that “for so long they had been searching, liking, friending and commenting, emojiing and cancelling, unfriending and swiping and scrolling again . . . being slowly rewritten into a wholly new kind of human being.” Surely, that is true of Anna, who spends much of the novel on her phone, its endless scroll less a source of distraction than of a brittle distance. In another way, this evaporation comes to reflect Francie, “now no more than their marionette suspended by tubes that ran from machines and their life-condemning fluids above to various shunts, catheters and orifices below.” Such a circumstance is partly due to the doctors, caught up in “the lie . . . that postponing death was life,” but more responsible are Francie’s children—not only Anna but also her brothers Terzo and Tommy—who refuse to let their mother go.

“Terzo talked of how the world was righting itself,” Flanagan declares, “and with effort, with resources, Francie’s life could also be put right.” If that’s a false faith, there’s no question it’s a powerful one. Power, however, turns out to be another lie. It offers nothing but the deception of control. The landscapes of the novel consistently disrupt that, with their pyrocumulonimbus clouds and mass extinctions, their droughts and disappearances. “Soon only wet gravel would remain,” Flanagan asserts in what may be the book’s bleakest passage, “in which there would be visible for a short term specks of ash, transitory as despair. And then after a further time that too would vanish beneath more layers of dirt, rock, dust, a particularly thin band girdling the earth recording an unprecedented catastrophe rendered in meaningless detritus, so much ash and plastic.”

It’s tempting, in the face of all this desolation, to see Francie’s suffering as a metaphor for the limits of technology, which are the limits of imagination, or perhaps of our willingness to engage the hard reality of death. But that’s too narrow a reading of this provocative and disturbing book. Francie, after all, is a human, at the mercy of other humans; she “had not realized that at her end there would be no end, just an ongoing delirium of life that was, admittedly, no life.” Like all of us, she is trapped in a web of memory and (dis)connection, enfolding her much as the hospital’s tubes and wires do. Like all of us, she is present but not present, living as an act of disappearance, much as her daughter and the others must navigate the disappearance of their body parts.

For Flanagan, it is this loss—of touch, of contact—that is the tragedy, the way technology abstracts us, renders us objects, or problems to be solved. What happens to Francie is inevitable in a world that has lost sight of nature, where technology allows us to suppose we have become immune. Such a supposition sits at the center of the climate crisis, which is among other things a humanitarian crisis. Such a supposition relies on our unwillingness to see. “They had saved her from death,” Anna thinks, finally, of her mother, “by infinitely prolonging her dying.” As Francie lingers, and lingers, and lingers, we understand that this is not faith, as Terzo would have it, but instead the most relentless form of cruelty.

David L. Ulin is the author of Sidewalking: Coming to Terms with Los Angeles, which was shortlisted for the PEN / Diamonstein-Spielvogel Award for the Art of the Essay. A 2015 Guggenheim Fellow, he is the former book editor and book critic of the Los Angeles Times.