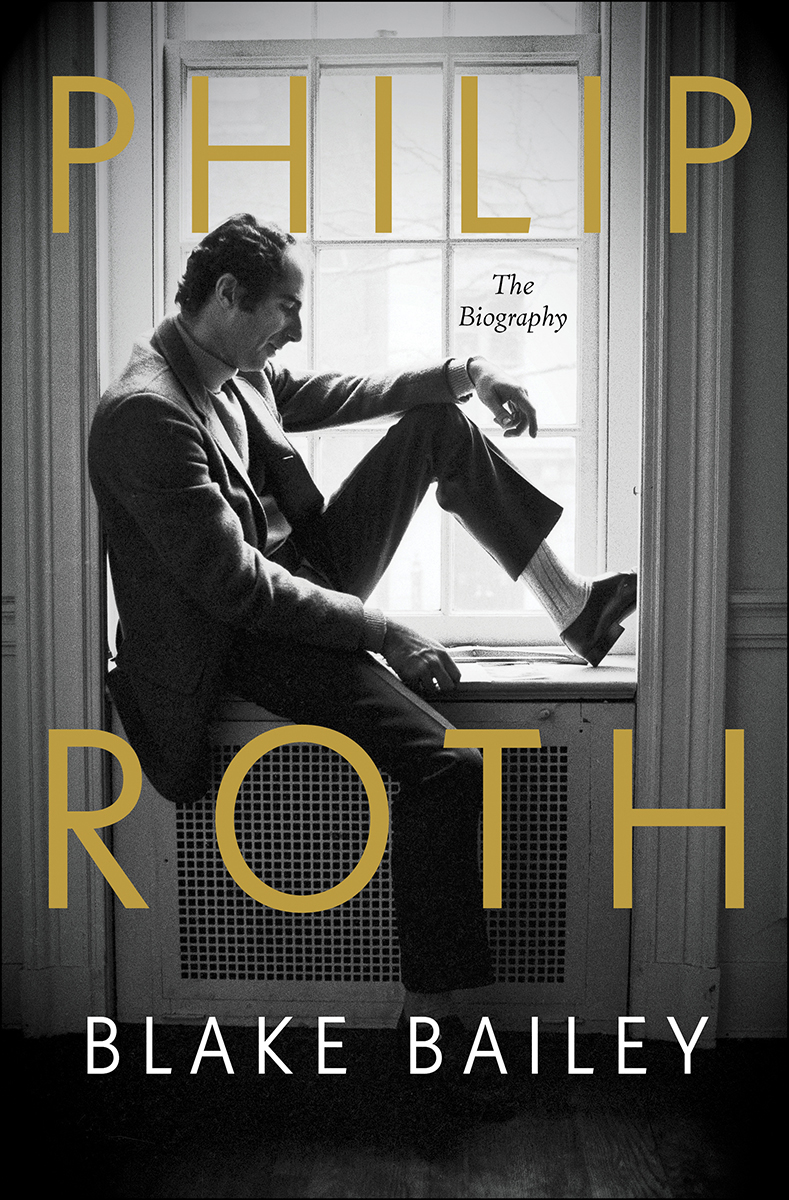 The key to understanding Blake Bailey’s Philip Roth: The Biography does not arrive until the acknowledgments, more than eight hundred pages into the book. During a break from a six-hour interview session, Bailey hears, through the bathroom door, the muffled sound of Roth relieving himself. “One lovely sun-dappled afternoon I sat on his studio couch, listening to our greatest living novelist empty his bladder, and reflected that this was about as good as it gets for an American literary biographer.”

It must have been quite the piss! Roth had already “fired” a previous biographer for insubordination. In Here We Are, a recent memoir of his friendship with Roth, the writer Benjamin Taylor suggests that Roth wanted a “ventriloquist’s dummy” for a biographer, someone he could “entirely bend to his point of view.” In the reverential Bailey, he presumably thought he’d found his man. By the time it became clear that Bailey was, in Taylor’s words, more “independent-minded” than Roth would have liked, haste was paramount. Interview subjects key to the project were rapidly dying off, and Roth himself was into his eighties and in declining health. It was too late to change biographers midstream.

The futility of Roth’s effort to orchestrate his legacy is appropriate. A major theme of his work is the desire for control, and the impossibility of achieving it. In American Pastoral, Swede Levov spends a lifetime constructing his suburban idyll, only to watch as his recalcitrant daughter detonates it with a pipe bomb. In Operation Shylock, the author Philip Roth is faced with a doppelgänger bent on ruining his hard-won reputation. And even in the mostly nonfictional The Facts, Roth’s alter ego Nathan Zuckerman narrates, in vain, a postscript intended to preempt the expected critical assault.

As The Biography reveals, Roth was equally controlling in life. It’s no surprise to learn that the man who offered a former lover a $2,000 monthly stipend not to marry her boyfriend and left his biographer a 295-page point-by-point refutation of Leaving a Doll’s House—his ex-wife Claire Bloom’s memoir of their marriage—considered the debauched puppeteer Mickey Sabbath of Sabbath’s Theater to be the fictional creation closest to his actual self. While Roth was alive, I’d imagine Bailey felt like another of Roth’s creations, Alexander Portnoy, whose smothering mother keeps demanding to inspect the contents of the toilet to see what he’s produced.

“I don’t want you to rehabilitate me. Just make me interesting,” reads The Biography’s epigraph, a directive from subject to biographer. Roth died in 2018—opting for “terminal sedation” in a final show of authorial control—leaving Bailey to interpret the mandate as he saw fit. Whether you think he succeeded will depend on your interest in Roth’s oeuvre. It’s not that Roth led a mundane existence—despite reclusive tendencies, he found plenty of time for affairs and feuds, all rehashed here with Boswellian élan—but because he so overtly mined his life for his fiction, the salacious details become more than tabloid fodder in the context of the work.

To this end, Bailey’s book works like a decoder ring, providing real-life analogues to what’s in the novels. Roth’s thirty-one books brim with alter egos and doppelgängers, funhouse mirrors and metafictional games. For Roth devotees, there’s a certain satisfaction in the revelations offered in The Biography. We learn, for instance, that Indignation’s pivotal blow job was based on one Roth received—his first—while a junior at Bucknell (“he remembered thinking the girl’s parents must be divorced”). And while Philip Roth never shared his childhood bedroom with an amputee cousin, as the character “Philip Roth” does in The Plot Against America, the real Roth chose to share one with an aunt who’d lost half her tongue to cancer, “to prove [he] was strong,” rather than sleep on the couch.

The Biography’s first section, which takes us from Roth’s birth through his brief stint in the army, provides the most compelling insights into the writer and his work. It’s hard to square young Roth’s aspiration to be “a lawyer for the underdog” with the adult writer who deliberately constructed his life to be free from obligation to anything but his own genius. These contradictory attitudes are reconciled in the context of Roth’s relationship with his father, an insurance salesman whose Jewishness kept him from rising through the company ranks despite working twelve-hour days, six days a week. “You are the family voice,” Roth would later write in a “hectoring memo” to himself. “Not pushing these men aside, but giving voice to their inarticulateness.”

To be fair, it’s difficult to dramatize decades largely spent alone in rooms writing novels, especially when the most compelling aspect of your subject—his interior landscape—has already been so comprehensively self-charted. “Art is life too,” Roth was fond of saying, and the biography bears this out. Also, he did seduce his share of young women.

Which leads us to the question of Roth’s rehabilitation. Certainly, Bailey pulls no punches, and there’s plenty of ammo here for Roth’s detractors, provided their loathing has enough octane to power them through such a lengthy hate read. And though Bailey is quick to make clear that Roth remained friendly with most of his girlfriends, and was even a “de facto” grandfather to some of their kids, I doubt anyone will come away from The Biography thinking: Philip Roth, a paragon of virtue!

Roth told Bailey he didn’t want to be rehabbed, but the contention is difficult to take at face value when we consider “Notes for My Biographer,” which Roth originally hoped to publish as a book. He was convinced that Bloom’s grim portrayal of their marriage in Leaving a Doll’s House was the reason he never won the Nobel. Roth’s American Trilogy—the three novels he wrote in the nineties that mostly elide sex and jokes—has been referred to as his “Letter to Stockholm.” He might have hated its inclusive approach to gossip, and the pages dedicated to petty literary feuds and seemingly superfluous sexual liaisons, but The Biography, too, has an agenda; Bailey’s hefty doorstopper is intended to convince us that here lived a giant, his every piss and polyp a matter of import. I understand the impulse. In a literary culture increasingly suspicious of irony, moral ambiguity, and “unlikeable” characters, Roth’s work feels in danger of fading away. Still, if a case is to be made for his genius, the novels are a better place to start.

Adam Wilson is the author of three books, including, most recently, the novel Sensation Machines. He is a National Jewish Book Award finalist, and a recipient of the Terry Southern Prize. His work has appeared in Harper’s, the Paris Review, the New York Times Book Review, Tin House, Bookforum, VICE, and the Best American Short Stories, among many other publications. He lives in Brooklyn and teaches regularly at Columbia University’s MFA Writing program.