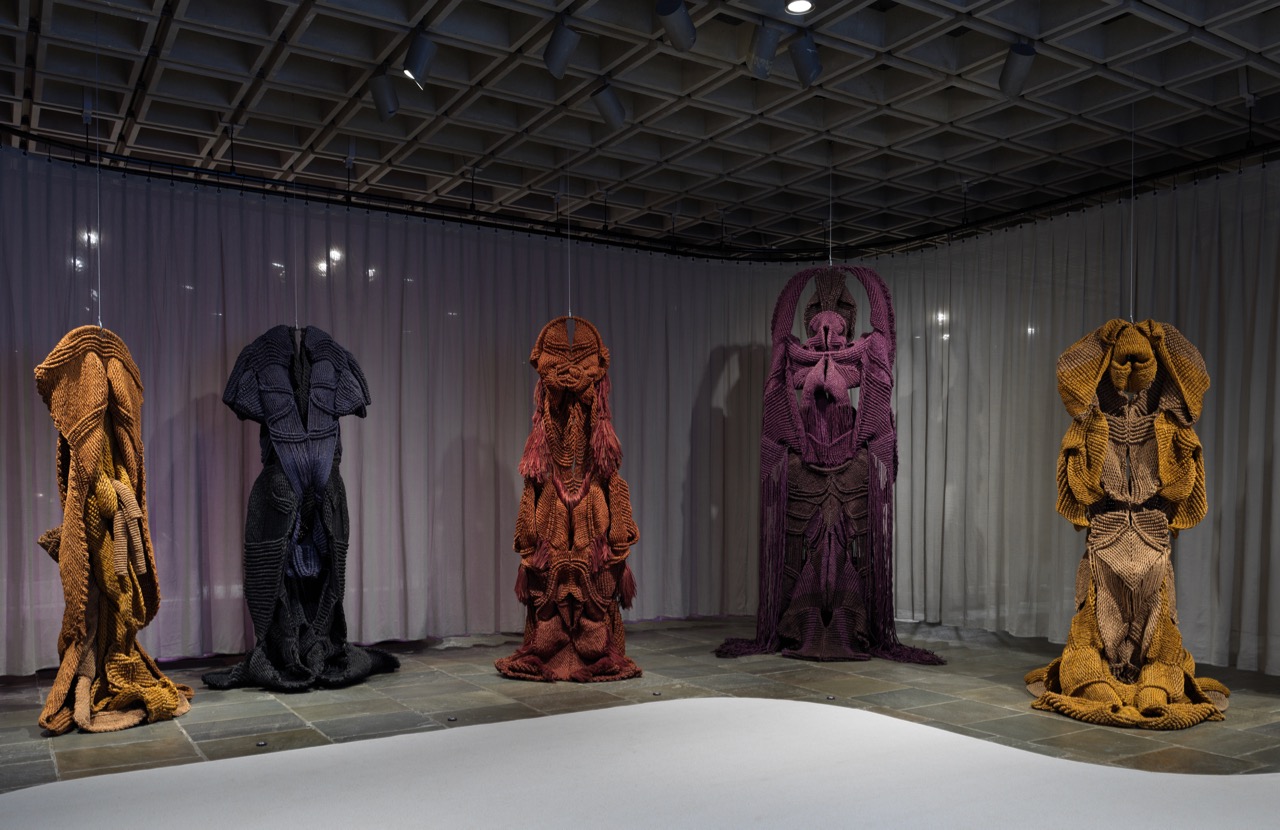 In the early 1960s, two prominent teachers at one of the most famous art schools in India—the Faculty of Fine Arts at the Maharaja Sayajirao University in Baroda (the city known today as Vadodara)—hit upon an ingenious idea for a biannual fundraising event. Instead of presenting the work they were doing in school, students were encouraged to get out of their classrooms and into the artisanal traditions of their wider community. The result was the Baroda Fine Arts Fair, where students and teachers alike experimented with making crafts, toys, and other such functional objects, which were sold to raise money for the economically underprivileged among them. The fair, which is still going strong, was a runaway success, not only because it tied a high-minded educational institution to the lives, makers, and rhythms of the city around it, but also because it pushed students off their academic perches and out of their proverbial comfort zones. As a result, some found the exact thing they had been looking for in their studios—a gesture, a material, a technique—to form the core of an exceptional art practice. 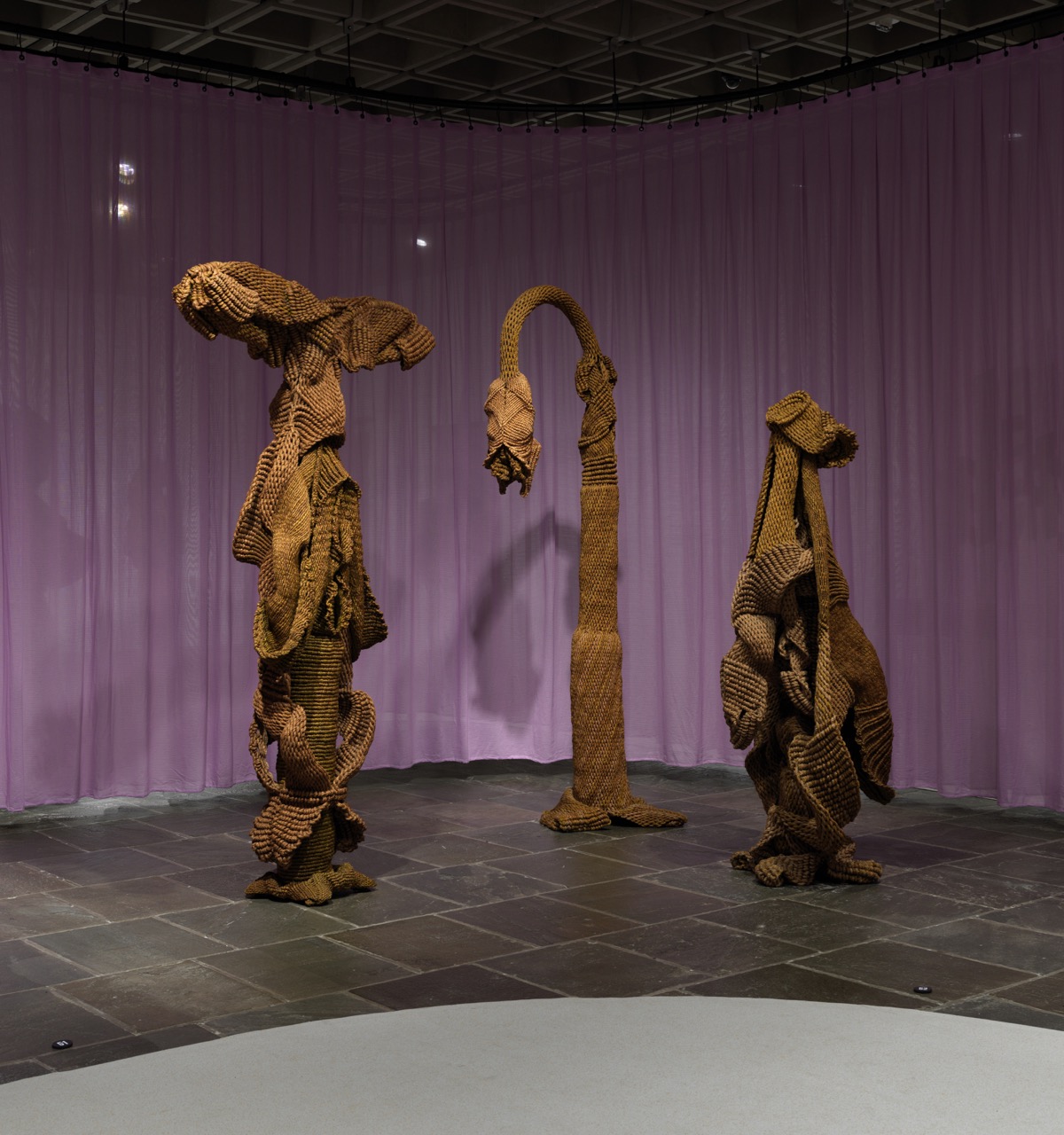 Mrinalini Mukherjee, who, in 1965, at the age of sixteen, entered Baroda as a painter and then continued on as a graduate student in the decidedly medium-fluid program for mural design, apparently found all three at once while messing around with some rope from a Baroda market for the fair. She started making rugs and wall hangings by knotting the strands of a local variety of hemp called san or shani. Mukherjee wasn’t working on a loom and didn’t follow the rules of macramé. She devised her own knots and created her own frames and armatures. She worked the fibers by hand and usually knotted from the ground up. Within just a few years, Mukherjee had developed a powerful and expansive vocabulary of sculptural forms from those early, crafty experiments. Her final project for Baroda included Bougainvillea (1972), a wonderfully unruly wall hanging, which could be construed as a mural of some sort, replicating in hemp, jute, cotton, sisal, and wool the look of a bougainvillea bush climbing up the side of a building while shooting out stalks of lush green leaves and lurid pink flowers. 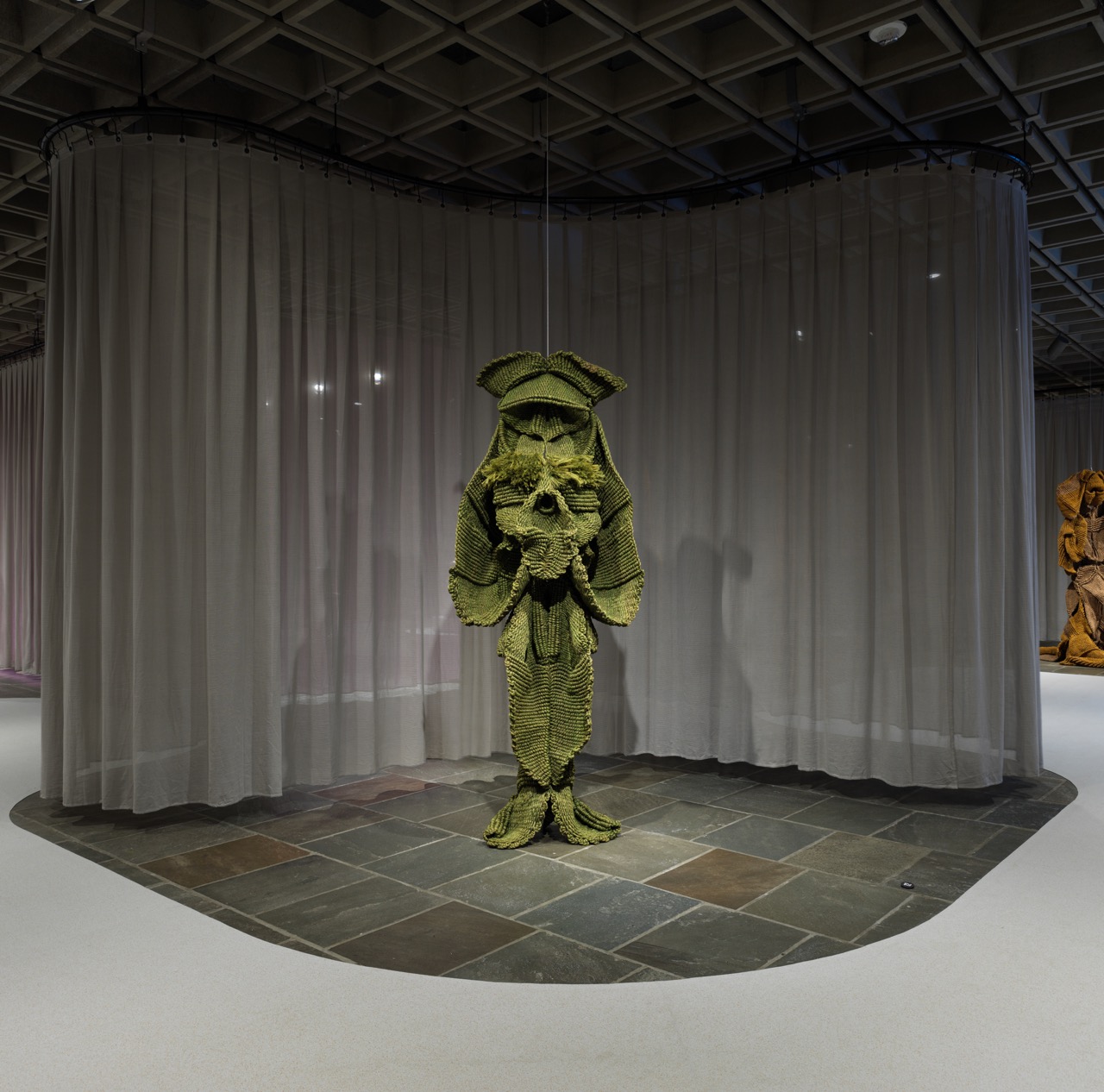 For the next three decades, Mukherjee continued to push her chosen medium, lugging around huge bundles of rope that had to be straightened and dyed, dried out and twisted, knotted and shaped, suspended from ceilings or painstakingly contoured over freestanding armatures, sometimes taking a year or more to make a single complex piece. Her sculptures were distinctive not only for the texture and the shapes she achieved with her ropes, but also for the sheer force of her colors: deep purples, vivid indigos, striking reds and greens. And her works grew bigger. Alongside her increasingly large-scale, suspended or stand-alone sculptures, she made actual murals from thick curtains of knotted rope as commissions for public sculptures across India and abroad. (The only surviving example hangs at the Mahatma Gandhi Institute in Mauritius.) She played endlessly with the supposed boundaries between figuration and abstraction, nature and artifice, modernity and tradition, humble craft and high concept. Mukherjee gave her pieces mostly Sanskrit titles and drew on long traditions of temple adornment but insisted that her interest was only archeological. “My work is not,” she once famously argued, “the iconic representation of any particular religious belief.” Instead, she seemed to be reading her sources closely for signs of sexual pleasure, using them to elaborate a deeply sensuous formal language. 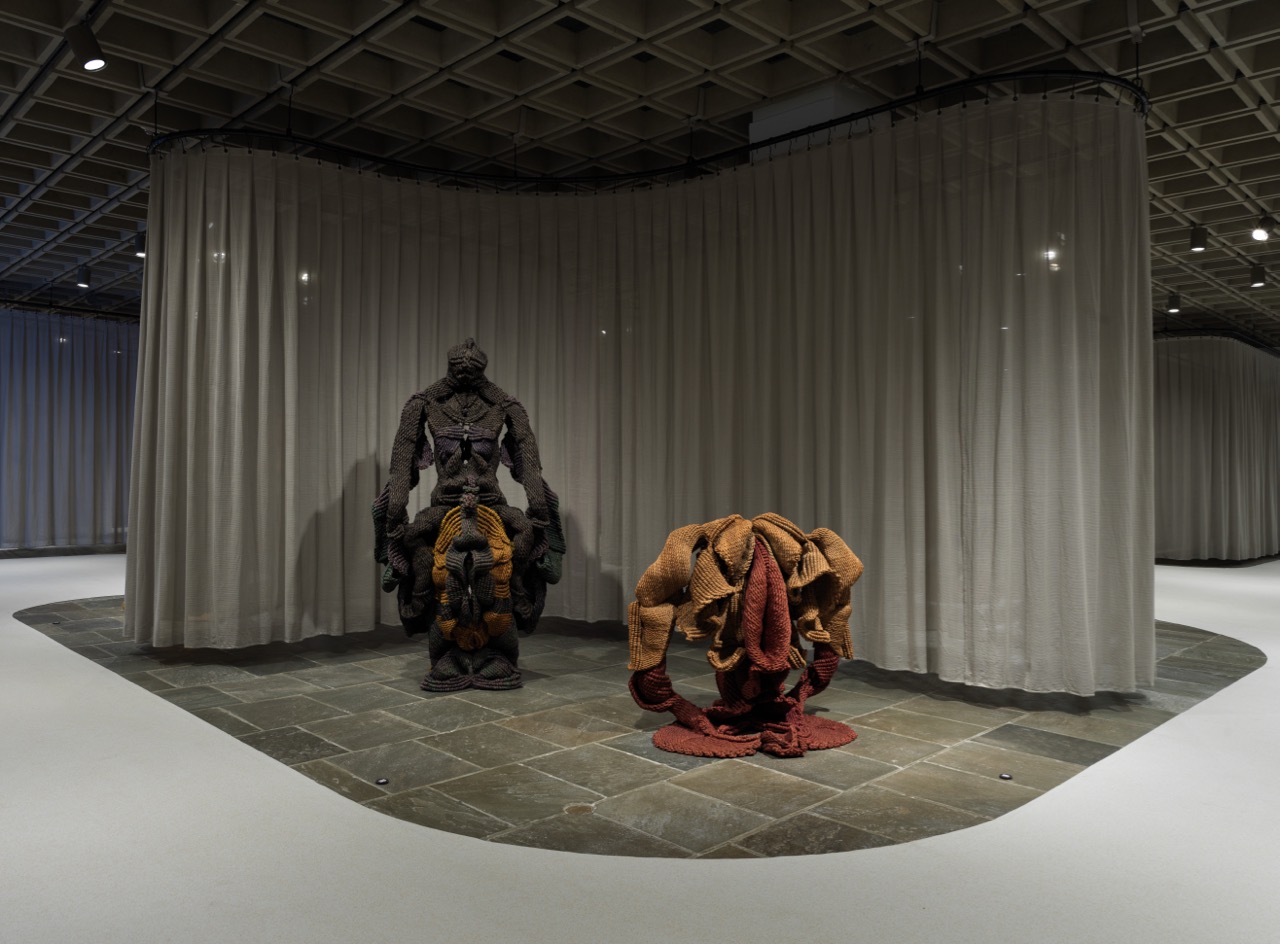 Despite the fact that Mukherjee was working with a material that virtually no one in India had previously recognized as valid in the field of fine art, she won the backing of the major (male, modernist) painters a generation above her. She had a steady exhibition schedule throughout her career and participated in early iterations of the Sydney and Havana biennales. In 1994, she was the subject of a major survey at Modern Art Oxford (called the Museum of Modern Art Oxford at the time). Mukherjee died, quite unexpectedly, in February 2015, at the age of sixty-five, just a week after the first proper retrospective in her home country opened at the National Gallery of Modern Art in New Delhi.

Still, Mukherjee’s sculptures remain hardly known in the United States. Curator Shanay Jhaveri’s Phenomenal Nature: Mrinalini Mukherjee does an admirable job of redressing our ignorance. The show is a triumph of curatorial precision bordering on restraint, and it is gorgeously paired to an exhibition design that is assertive and elegant almost to a fault. Jhaveri has gathered together twenty-seven of the thirty-nine major fiber works that are known to exist. (Mukherjee created more than seventy such sculptures, but over a third of them were destroyed by weather exposure or neglect, making the catalog’s wealth of archival photographs crucial to the story of her art.) 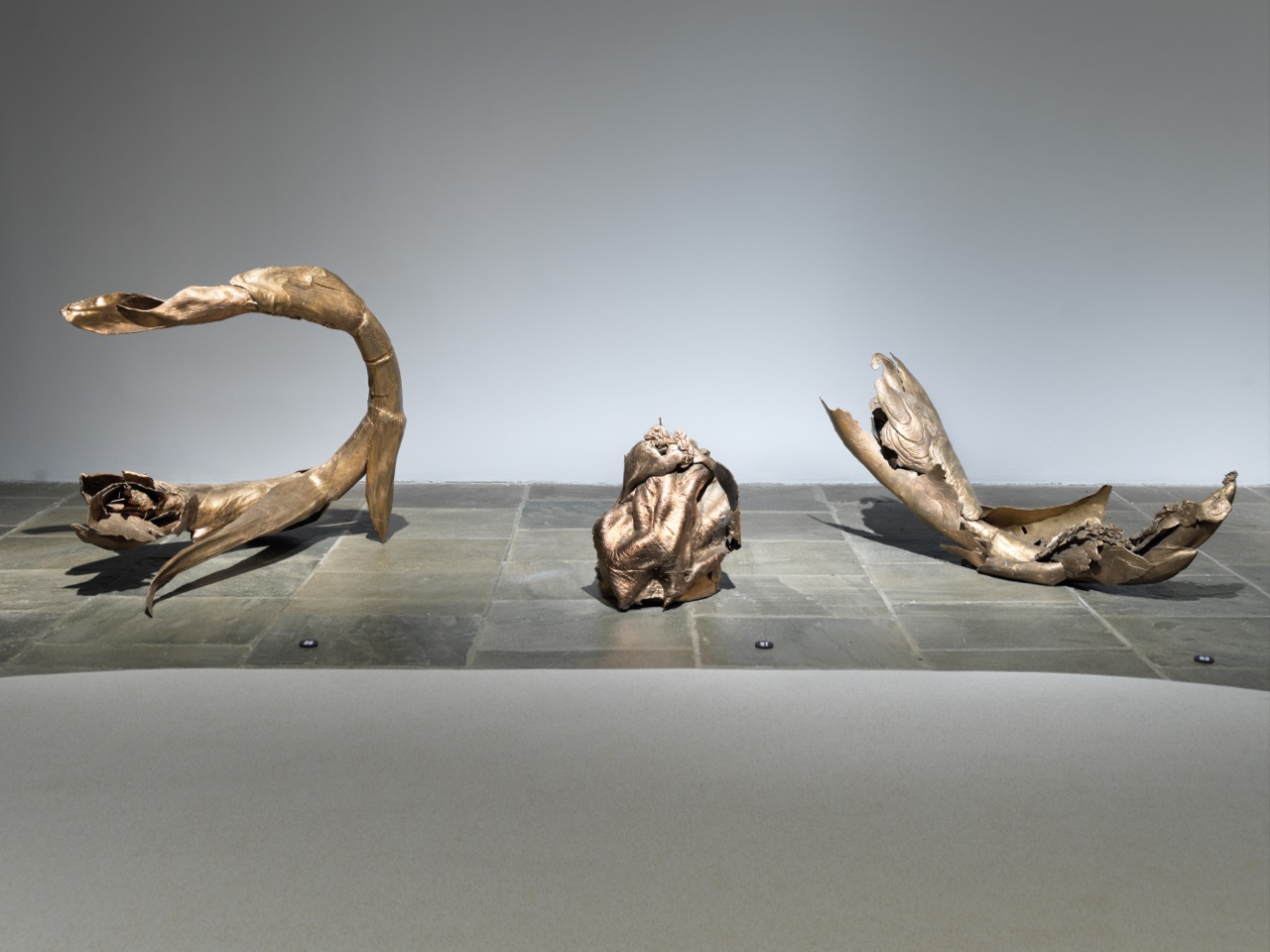 Mukherjee’s sculptures are arranged in chronological order, but their placement pulls viewers along a winding, serpentine path, delineated by beautiful beige and purple curtains. The strength of the design allows for three things to happen. First, the fiber sculptures appear not as the main event but as the mind-blowing opening act of a drama in three parts: the hemp pieces are followed by the more modestly sized but no less formidable experiments in ceramics and bronze conducted in the last twenty years of Mukherjee’s life; Jhaveri concludes with a delightful coda, at the exhibition’s innermost space, which scrambles together examples of all these media to see how they play. Second, the palpable contradictions in Mukherjee’s oeuvre—her emphasis on powerful natural phenomena rendered in the blistering theatrical artifice of chemical dyes and toxic resins—somehow sit comfortably, even luxuriantly, in the brutalist space. 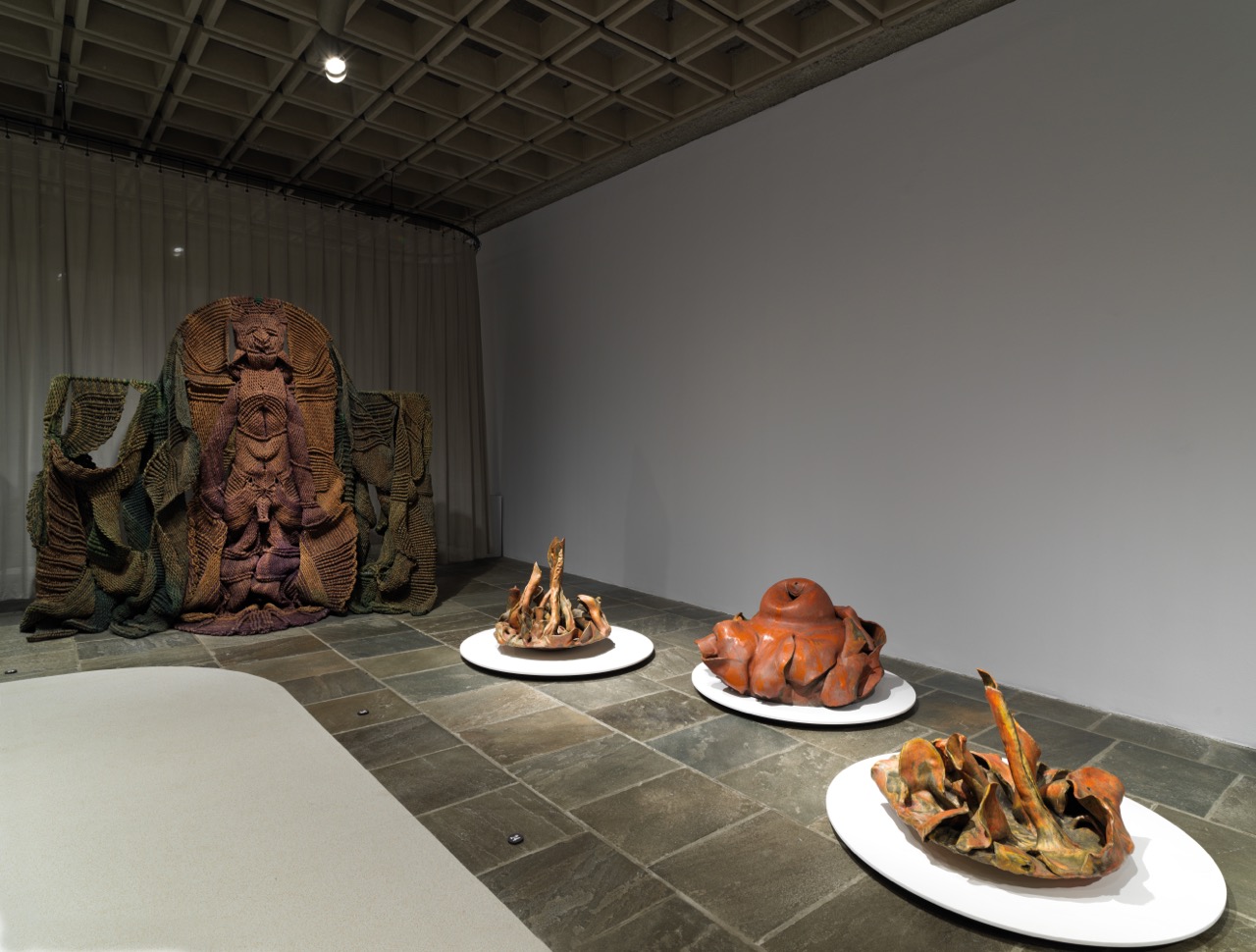 Finally, the seams in Mukherjee’s practice, her breaks from one medium to another, are productively exposed and messy, leaving open more questions than answers. Why did she abandon her rope work right as she mastered a language of exuberant sexual expression? How did ceramics and bronze facilitate the development of a nearly futuristic, hybridized aesthetic that is neither figurative nor abstract, but some new species of animal-figure-form, emergent in between? Had she worked for another decade or more, would she have achieved the same momentous scale in her late work as she did early on?

Phenomenal Nature is clearly of a piece with the Metropolitan Museum’s broader strategy, under Sheena Wagstaff’s direction of the modern and contemporary art program, to bring attention to underexposed international artists, particularly women. But if the show aspires to represent the breadth of Mukherjee’s practice, it does so in an extremely spare way and makes a notable omission. The first version of the exhibition checklist included the artist’s ruminative and ethereal works on paper, which, according to Jhaveri, Mukherjee composed in the “fallow” periods between sculptures, when she was waiting for more rope to come in or wrestling with some other formal constraint. Jhaveri later dropped them, deferring to the show’s primary organizational principle, that it be purely sculptural. Introduced to Mukherjee’s drawings and watercolors only recently, in the Kochi-Muziris Biennale last winter, I longed to see what they would have done in this new context, which is both tightly focused and loosely generative. But perhaps it is better to be concise than comprehensive, and indeed it is rare to see a “discovery” show of this kind that is so generous, leaving admirable and meaningful work for others to now pick up and do.

Kaelen Wilson-Goldie is a writer who divides her time between New York and Beirut. She is a contributing editor for Bidoun and writes regularly for Artforum, Bookforum, Aperture, and frieze. She teaches in the Art Writing MFA Program at the School of Visual Arts in New York.