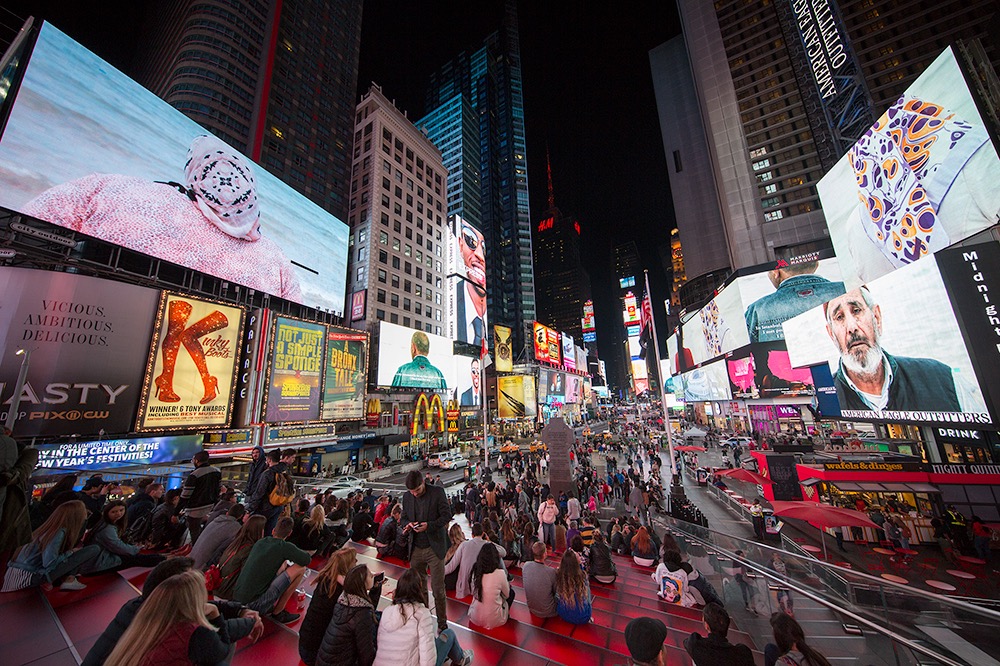 In Voir la mer (To See the Sea), the French conceptualist artist Sophie Calle takes over the site of advertising—and even flirts with its vocabulary—by showing films of people having a metamorphic encounter on the digital billboards that line Times Square. It is lovely, moving, and—like so much of Calle’s work—troubling in its overinvestment in the lives of others.

The piece, realized under the auspices of the Times Square Advertising Coalition and Times Square Arts, and in collaboration with the French Institute Alliance Française’s Crossing the Line Festival, runs every night in October from 11:57 pm until midnight. That means to see it you have to drag yourself into Times Square—something every New Yorker I know tries studiously to avoid. Even at 12 am, the place roils with activity: hundreds of people, almost all tourists, mill around. I would love to report that they are there to soak up life’s rich pageant, but really they’re mostly fixated on the electronic signage that lights up the space with its saturated glow—so much so that the city has set up bleachers at one end so everyone can comfortably watch on massive screens the same ads that they could see on their smart phones or TVs back at home. 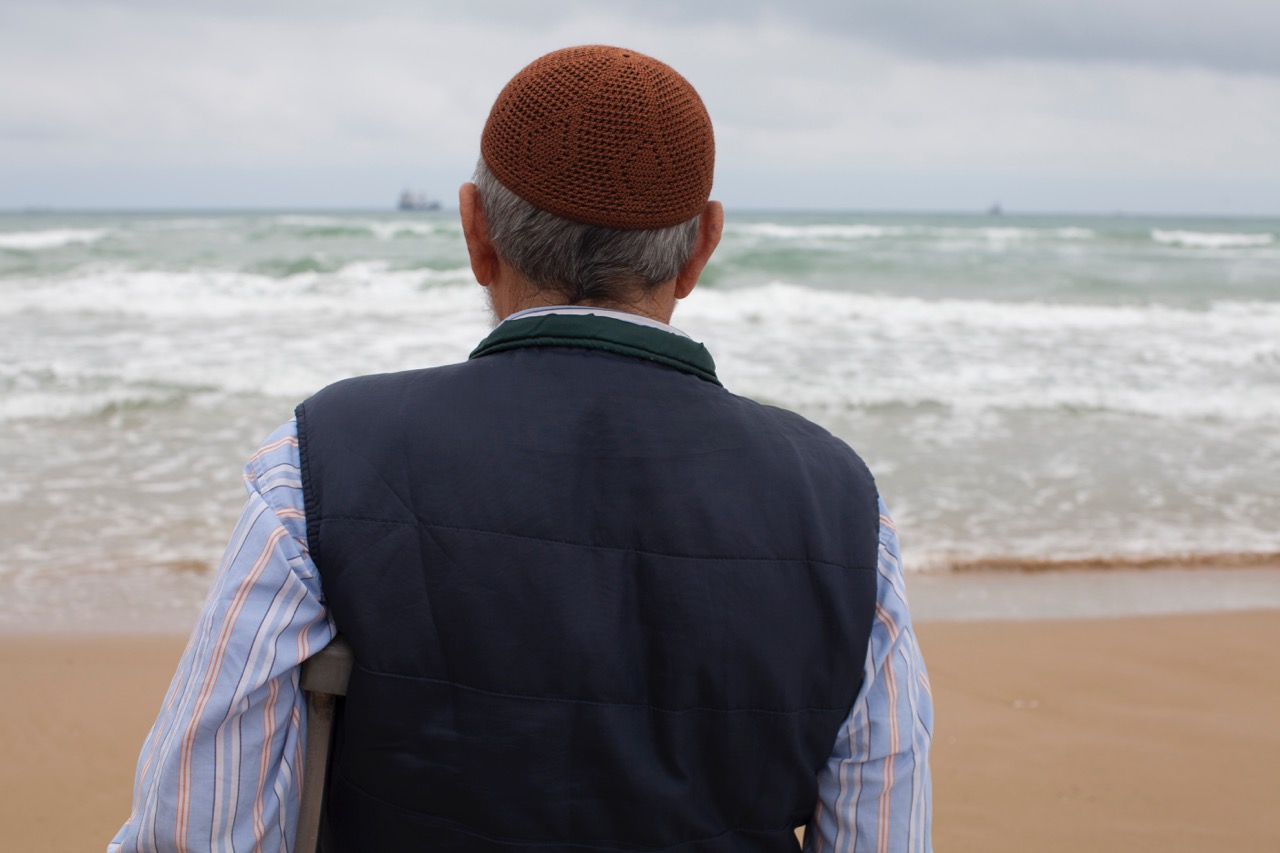 Into this spectacle, Voir la mer intrudes with its insistent humanity. Calle’s work, which dates from 2011, has been shown previously in gallery and museum settings. It was prompted by an article she came across about migrants from central Turkey to Istanbul—a city defined by its relationship to water—who had never laid eyes on the sea, despite living only fifteen miles away. She searched them out and transported them to the shore, asking them to obscure their eyes until they were facing the ocean. Each of the five videos installed in Times Square (chosen from the fourteen that made up the original work) shows a single person, initially from the back; after a minute or two, each turns around, and Calle’s camera captures their immediate reaction. An old man’s eyes well up with tears. A woman in a brightly patterned headscarf, holding a child tightly to her chest, struggles to keep her face still; her eyes slowly widen till one can finally see their fresh blue irises. A younger man keeps his eyes squinched tightly; when he opens them he cannot bring himself to look directly at the camera. (A title card at the beginning and credits at the end of every video, and a brief subtitle at the start, explain the work’s conceit.) In Times Square, each encounter is shown on multiple screens, staggered in time. 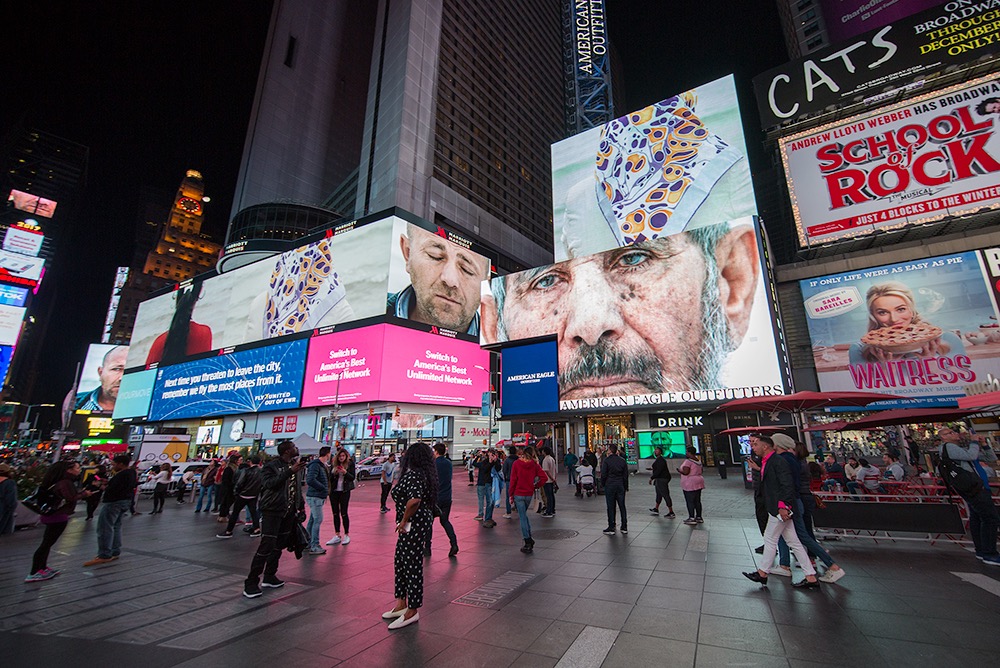 Calle is an artist who has long striven to get under peoples’ skin and burrow into their brains in ways that are both guileless and a bit creepy, as in her ongoing Creative Time commission, Here Lie the Secrets of the Visitors of Green-Wood Cemetery, in which she asks strangers to confide their most private disclosures with a promise she will take them to the grave. Some have called her fascination with her subjects’ inner lives morbid curiosity, but it has always seemed to me a form of socially awkward behavior, one that generates a too warm, too lengthy embrace, or a tendency to barge in where she’s not supposed to be.

Voir la mer has some of that going on. Turning a camera on an intimate and meaningful event in the life of someone you don’t know is discomfiting, in a way that is hard to disentangle from the undeniably emotionally powerful results. The whole effect is similar to those “feel good” videos we all watch on Facebook—the deaf toddler who hears her mother’s voice for the first time after getting cochlear implants or the one who can now see his dad’s face because of new teeny-weeny baby spectacles. It’s a sort of transformation porn—something you might see on Dr. Phil, but no less moving for that. They are sweet and uplifting distractions from our reliably depressing social media feeds these days, but they’re predicated on the idea that such disabilities, if left untreated, are an impoverishment of experience, rather than simply a different mode of experience. 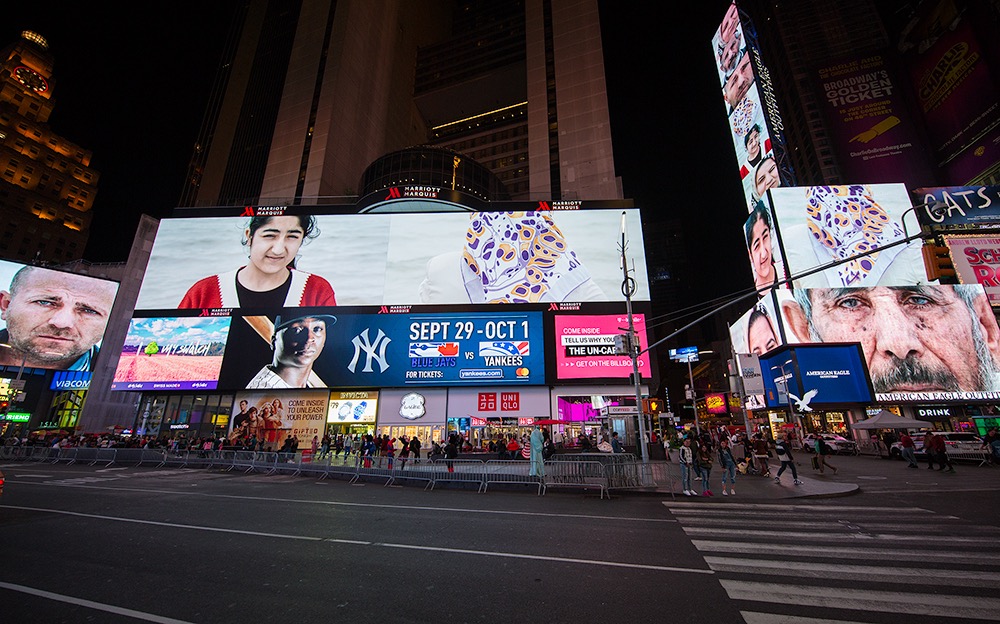 Indeed, Calle seems to have considered the lacunae in these landlocked residents’ lives “a horror,” as she said to the New York Times about the piece. Her horror cannot be separated from the fact that, unlike most who take part in her projects, these people are very poor—something she’s emphasized in interviews. What other than poverty could account for these people never having seen the sea, right? (Never mind that there are many in the world, wealthy and poor alike, who have not seen the sea, the desert, the mountains, the plains . . .) But these markers—of hardship and of “authenticity”—have made this unlikely population a powerful symbol, and not just for Calle. They have been called upon to represent everything from globalization’s false promises of mobility (as in Kutluğ Ataman’s 2006 film installation Küba: Journey Against the Current) to the urgency of restoring Turkey’s natural environment (as in the nonprofit TURMEPA’s annual, widely covered event involving taking a thousand children to the water’s edge for the first time, perhaps the inspiration for Calle’s own investigations). 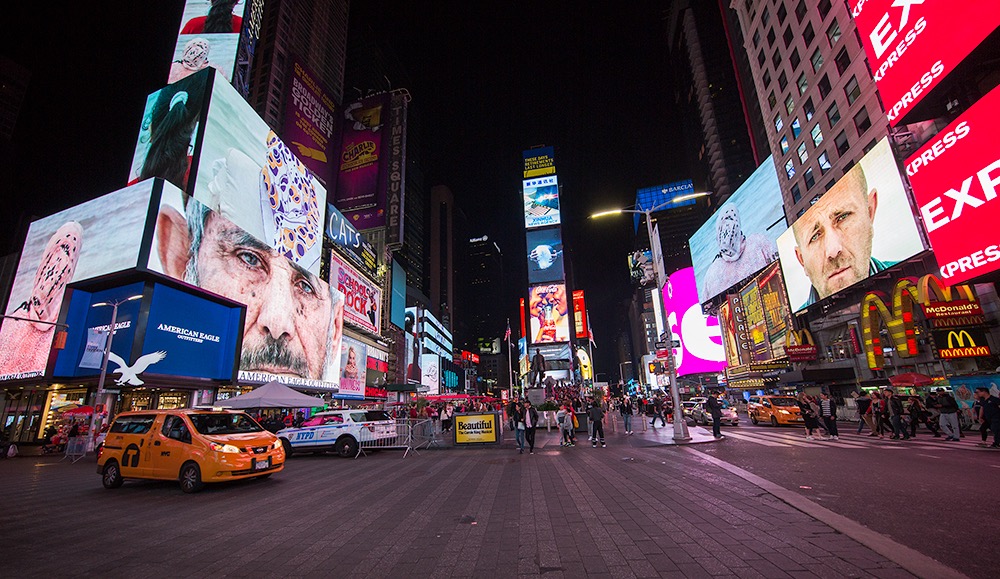 For all the weird invasiveness and whiff of condescension contained in Calle’s gesture, Voir la mer is undeniably—even disturbingly—potent. The piece manages to counteract the blinding lights, cacophony, and tumult of Times Square with quietude and attention. At first, the night I was there, few people noticed what was happening—after all, the slow, deliberate turns toward the camera, the focus on the weathered and lined faces of the participants, the sense of momentousness, the suggestion of Real Human Engagement that Calle’s videos rely upon wouldn’t be out of place in some of the high-concept fashion ads that regularly grace those same screens, some of which in fact sport the names of retailers. You would think the clichés she falls back on would ruin the impact of the work, but no: eventually people hushed, at least a bit, and let their gazes settle. There seemed to be a collective holding of breath as we waited for each of the subjects to turn around and reveal their new selves. Their transformations were apparent only by the subtlest of facial expressions and gestures—that is, if what we were seeing was transformation, and not just our own desire that this consequential occasion would be tangible, visible, marked on their bodies, even for an instant.

It made no difference, though. We were no less caught up in the lives of these strangers. There is an irony—a supremely affecting one—in the fact that we discover this feeling of connection with others not by throwing ourselves into the throngs that gather nightly here, but by looking up, to the space of advertising and spectacle, of constructed desires and manufactured emotions. Or perhaps not. The fact is, I cry during Super Bowl ads, too. And even if the fiction they’re feeding me isn’t real, the tears are.