The lowdown on Low—and everything that came after: Chris O’Leary scrutinizes forty years of David Bowie songs. 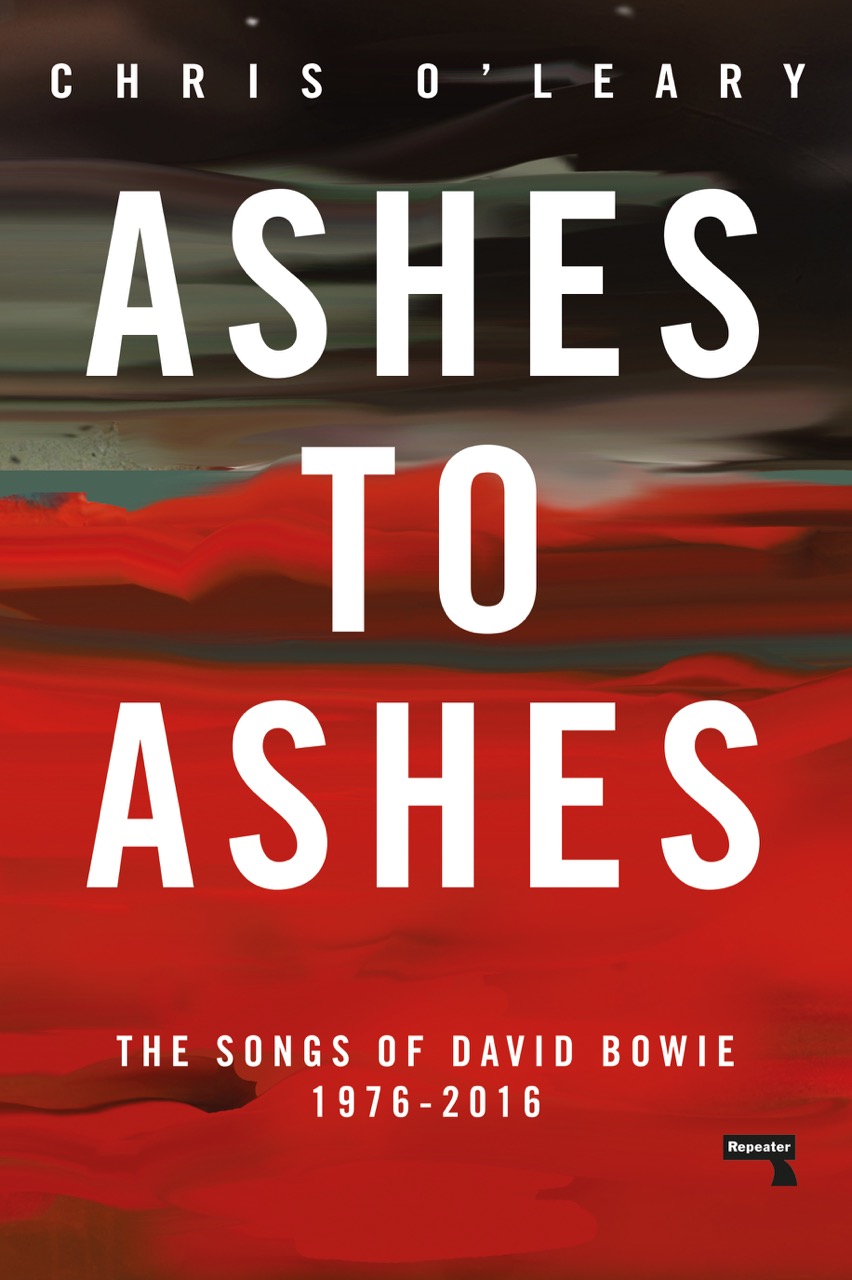 David Bowie’s potent sense of mystery has only grown larger after his death. Dozens of books have been written about his life and music, but few have managed a comprehensive portrayal of the man, in all his myriad incarnations. The most effective recent exploration of his work was not a book, but a nonlinear audiovisual experience: the touring exhibition David Bowie Is, a labyrinthine network of rooms packed densely with music, art, costumes, lyrics, notes, gear, and other ephemera that succeeded in making Bowie’s career seem even more colossal and spectacular than ever before.

In the weighty new book Ashes to Ashes, the writer Chris O’Leary takes a different tack from a straight biography, slowly assembling a fragmentary picture of Bowie via hundreds of short essays and meditations on his voluminous recorded output. Since 2009, O’Leary has assiduously maintained the blog Pushing Ahead of the Dame, which pursued the herculean task of discussing every Bowie song ever made, in chronological order. Each blog post unearths the history of a particular tune, often with amusingly geeky asides and tidbits culled from press coverage of the time. Two books have now been published based on this blog: the first anthology, Rebel Rebel (2015), captured Bowie’s career up to 1976’s Station to Station; the new Ashes to Ashes collates the next four decades of Bowie, from Low in 1976 to the release of Blackstar and his death in 2016.

Ashes to Ashes is over seven hundred pages long. Covering forty years of Bowie’s career means assessing acclaimed albums like Low and Heroes (1977), but also giving an equal amount of ink to critical flops, including 1987’s Never Let Me Down, which O’Leary hilariously describes as “often regarded as Bowie’s equivalent to Ishtar, Gigli, the Microsoft Zune,” adding that “In 1995, Bowie called it his ‘nadir . . . such an awful
album . . . I really shouldn’t have even bothered going into the studio to record it. In fact, when I play it, I wonder if I did sometimes.’ ” O’Leary also takes on the less-than-glamorous task of analyzing all the songs released by Tin Machine, Bowie’s short-lived hard-rock band, which led an ill-fated existence from 1988 to 1992.

The book reads as a series of hundreds of short vignettes, without an underlying structure or a coherent storyline. But a colorful mosaic begins to emerge as Ashes to Ashes progresses, formed from the many scattered pieces. The Berlin period of the late 1970s is especially vivid, with a manic, larger-than-life Iggy Pop the most arresting presence. O’Leary spends a good deal of time breaking down Pop’s classic albums The Idiot and Lust for Life, both released in 1977, on which Bowie played key roles as an instrumentalist, backing singer, and ally. “Bowie kept Pop’s bad dreams company,” O’Leary writes.

O’Leary occasionally injects memorable observations from his own life. “Some time ago, my marriage fell apart,” he remembers, while discussing the classic song “Sound and Vision” from 1977. “A salve for personal catastrophe is routine. Life is reduced to minor actions. Today I will arrange the bookcase. Tomorrow I will go to the store. Tonight I’ll listen to this record. But what to listen to? Bob Dylan’s Blood on the Tracks was a war correspondence, as was Richard and Linda Thompson’s Shoot Out the Lights. Those records had too much pain, and I’d had enough already. What I played, over and over, was Low, and what I played on Low, most of all, was ‘Sound and Vision.’ ”

O’Leary comes across as a Bowie enthusiast, but not a zealot. He clearly possesses a deep admiration for Bowie, but his book never turns into hagiography. He maintains enough distance to be able to poke a little fun at “Heroes,” a hit that long ago became part of the canon, endowed with near-mythical status in the decades since its initial release. “In 1977, Bowie promoted ‘Heroes’ across two continents, talking to any interviewer who would have him,” O’Leary writes, a little acidly. “He would tailor the song for grand moments—his Live Aid set, his tributes to Freddie Mercury and to the dead of 9/11. The song was also used to sell mobile phones, cars, software, digital film, life insurance, Coke, football matches, HBO’s Latin American programming, hockey, and rock star video games. It promoted a comic book TV series and a cover of it was used in a Godzilla remake.”

He saves the real zingers for some of Bowie’s mid-to-late ’80s music. About the album Tonight, released in 1984, he quips: “It was a Bowie album as a software upgrade or a next-generation coffee maker. Deep in Rod Stewart territory, Bowie was following a blazed path—grind out a record, get a hit, make a flashy video, get on the cover of Rolling Stone; confess your sins in later interviews.”

Ashes to Ashes is an entertaining read from start to finish, and O’Leary’s energetic song-by-song assessment offers a refreshing way to approach an artist who often resists easy interpretation. One criticism of the book is that citations and credits often go missing in the text; Ashes to Ashes relies heavily on quotes from archival interviews, but the exact sources often aren’t mentioned. There’s only a more general bibliography at the end. These omissions can be frustrating; a system of footnotes would have helped the book along, drawing a map for those who want to immerse themselves further into the Bowie mythos.

Taken together with Rebel Rebel, O’Leary’s output on Bowie amounts to over a thousand pages—a veritable Bowie encyclopedia. One would naturally assume that he has always been an avowed fan, but as he writes in the introduction to Ashes to Ashes, he didn’t start out that way. “My status as a Bowie critic is still rather a mystery to me,” he writes. “I was never a true fan: never had my Bowie posters on my wall, never paid that much attention to his music in my teenage years. I had considered him to be roughly on par with George Harrison or Mick Jagger—an older musician who still got on the radio.” It’s safe to say that O’Leary is most definitely a true fan now. For so many of us, Bowie wasn’t a distant performer on a dusty record; he seemed like a companion, a confidant, a partner in crime. O’Leary has this personal relationship with Bowie, too—holding him in high esteem while also being aware of his flaws, just as any close friend would.