From J.G. Ballard to British bathrooms: Zadie Smith collects
thirty-one of her essays. 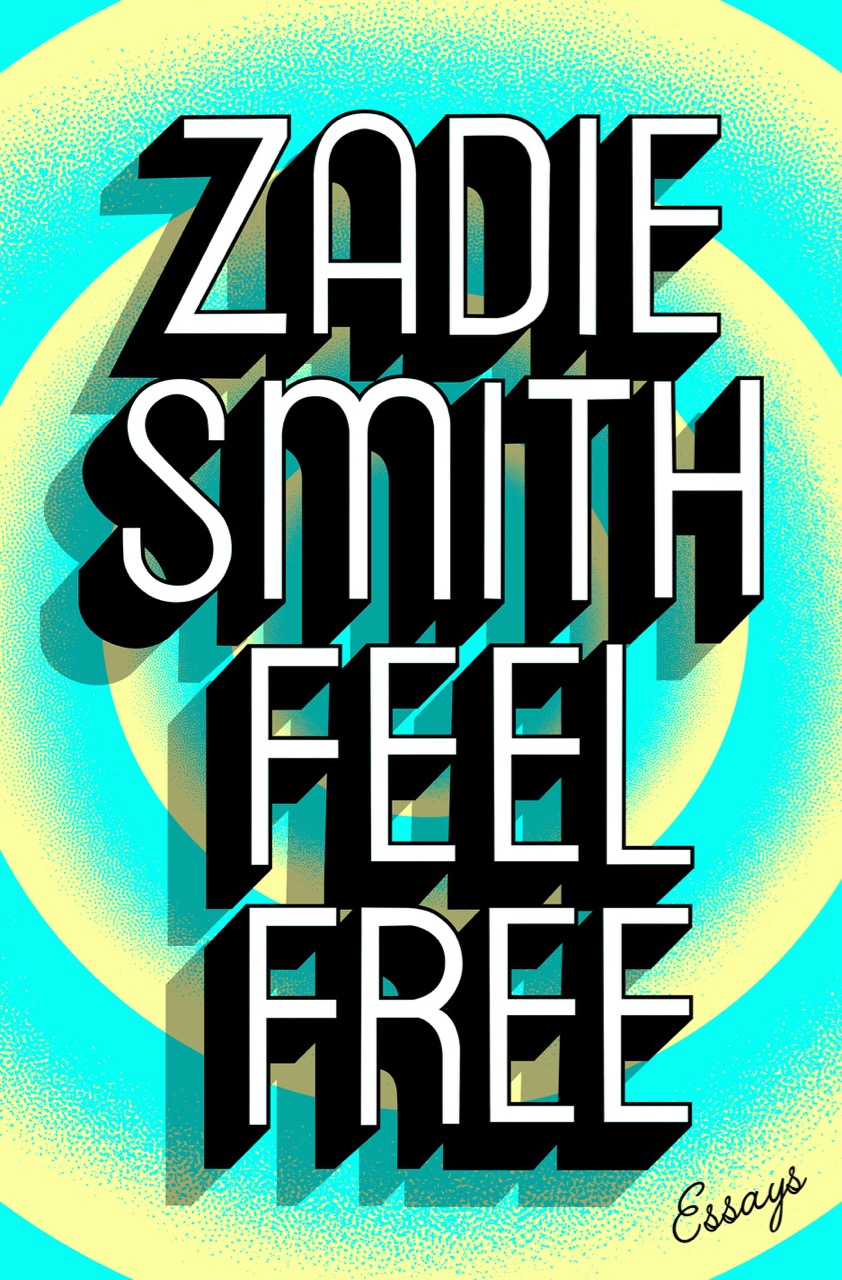 In an essay titled “Life-Writing,” Zadie Smith recalls that until her most recent novel, Swing Time (2016), she had never employed the first person singular in her fiction: “I was not able to use it with any confidence except in short, essayistic bursts.” Shortly after finishing Swing Time, she delivered the inaugural Philip Roth Lecture at the Newark Public Library—the talk is included in her new collection of nonfiction, Feel Free—and wondered if her “moral queasiness” about the first person might be a peculiarly British aversion, a native fear of the naked, stereotypically American, “I.” The truth, to my mind, is more complex; she aspires to write novels that can express (or invent) “impossible identities”: conflicted states of being that will not easily be given a direct voice. If there’s a real writing subject to be discerned in her fiction, Smith wants it to be, as her lecture’s title says, “The I Who Is Not Me.” But how to square that ambition with a parallel urge to write essays, whose centrifugal form we may assume depends upon a stable first person singular? Feel Free contains thirty-one examples of Smith’s nonfiction, “written in England and America during the eight years of the Obama presidency and so . . . the product of a bygone world.” Although often conventional, her pieces can be profound in their making and unmaking of an essayistic voice.

Most of her writing, Smith tells us, is essentially personal, whether fictional or non: “My evidence—such as it is—is almost always intimate.” Several of the pieces in Feel Free are avowedly close to home: they describe her childhood and adolescence in north London, her sense in middle age of coming adrift from the screen-bound culture around her, the displacements involved in being a mixed-race English writer living in New York. Much of Smith’s personal is quite political, even when most shut-in or seemingly nostalgic. In “The Bathroom” she recalls the journey made by her Jamaican mother and her white English father from working class to lower middle class—everything depended on the proliferation of bathrooms in their modest duplex. It’s a precisely observed piece about small but inescapable social distinctions in 1980s Britain. By contrast, Smith can sound vexingly indefinite when it comes to contemporary Britain: in “Fences: A Brexit Diary,” published in the New York Review of Books, she merely repeats from a distance a version of events one might glean from assiduous reading of The Guardian. But both tendencies—memoir-ish, op-ed of a sort—have this in common: they don’t trouble the very idea of a definite “I.”

In this sense, the book’s title is misleading: in her nonfiction, Smith does not always allow herself the liberty of becoming “not-I” that she recommends in fiction and demands of her own novels. In a passionate essay about Hanif Kureishi’s 1990 novel The Buddha of Suburbia, she says that “fiction can’t be written to comply with winning arguments.” At their most expertly imagined, fictional characters are ambiguous entities who are not in the business of being right or wrong. But Smith’s voice as an essayist is sometimes settled in its attitudes and ideas, unlikely to undo itself in the process of writing or thinking. And isn’t such unmaking actually what the best essays give us: a self in doubt or in process?

The least interesting essays in Feel Free are those in which Smith’s human subjects are skillfully but rather too clearly delineated, leaving little room for inherent contradictions. A New Yorker profile of the TV comedy duo Key and Peele is altogether too packed with clichés of that magazine’s style of narrative and portraiture: Key coming across as “exhaustingly personable,” he and Peele filming a sketch “one warm LA morning in mid-November.” It’s disappointing to hear Smith ventriloquizing so readily this journalistic register—surely the essay as such demands more grit and indeterminacy? But she is more engaged and engaging, because less obviously sure of herself, when writing about Mark Zuckerberg and the trancing ascendancy of Facebook. In recent years Smith has gained a reputation as a social-media refusenik and even a Luddite. Her piece about Zuckerberg (via The Social Network) is not exactly sympathetic—Facebook is “the Internet tamed to fit the suburban fantasies of a suburban soul”—but it is ambivalent. Smith leaves open the possibility that she simply can’t see the kind of self that Facebook (and all the rest) implies.

Perhaps it’s not surprising that the best of Feel Free comes in Smith’s extended book reviews, written for Harper’s, where the constraint of subject seems also a license to build and inhabit the contrary sort of character she wants in her novels. She is sparkling and profound, for example, on Thomas Bernhard’s My Prizes, in which the Austrian author galls the very judging committees that commend his work. Smith gets inside his writing and mind in ways that suggest she sympathizes with exactly what makes him difficult or outrageous for other readers: “Americans think of this aspect of Bernhard as the art of exaggeration. Europeans, who know him better, think of it as being an incredible bastard.” In a piece about the British essayist and novelist Geoff Dyer: “The act of critical appreciation is, for Dyer, very close to longing.” Smith is describing a sensibility quite unlike her own—she is never rhapsodic, never giving herself up completely even to art or literature she loves—but with a keen sense of how that writer’s soul and style conspire.

Then again, Smith has at times something in common with Dyer: a winning facetiousness and quick way with an aphorism, at those moments when her language frees itself of anxieties about which version of her is speaking. In a long and admiring piece about J.G. Ballard, she writes: “Reservoirs are to Ballard what clouds were to Wordsworth.” And in “Some Notes on Attunement,” where she tells how she went from distaste to love for the music of Joni Mitchell, Smith describes Mitchell’s voice as “a kind of Kafkaesque ‘piping’.” (“Piping” comes from Kafka’s last story, “Josephine the Singer, or the Mouse Folk.”)

Smith’s criticism can sound straitlaced at times, as if the accomplished novelist is still too much the Cambridge Eng. Lit. student with a great deal to prove in the way of seriousness. In the more adventurous of her Harper’s pieces, however, she relaxes sufficiently to make odd, antic connections: between a study of the sex lives of insects and a gossipy book about Susan Sontag, which treats Sontag like an inhuman specimen. The most arresting piece in Feel Free is an essay in which the novelist returns home from dinner with art critic Hal Foster, finds a discarded book about Italian painting outside her apartment, and uses one of its illustrations to ask the question: What is it like to be a corpse? There are few more imaginative ways of turning one’s “I” into “not-I.”

Brian Dillon’s Essayism will be published by New York Review Books in September 2018. He is UK editor of Cabinet magazine, and teaches writing at the Royal College of Art, London. He is working on a book about sentences.