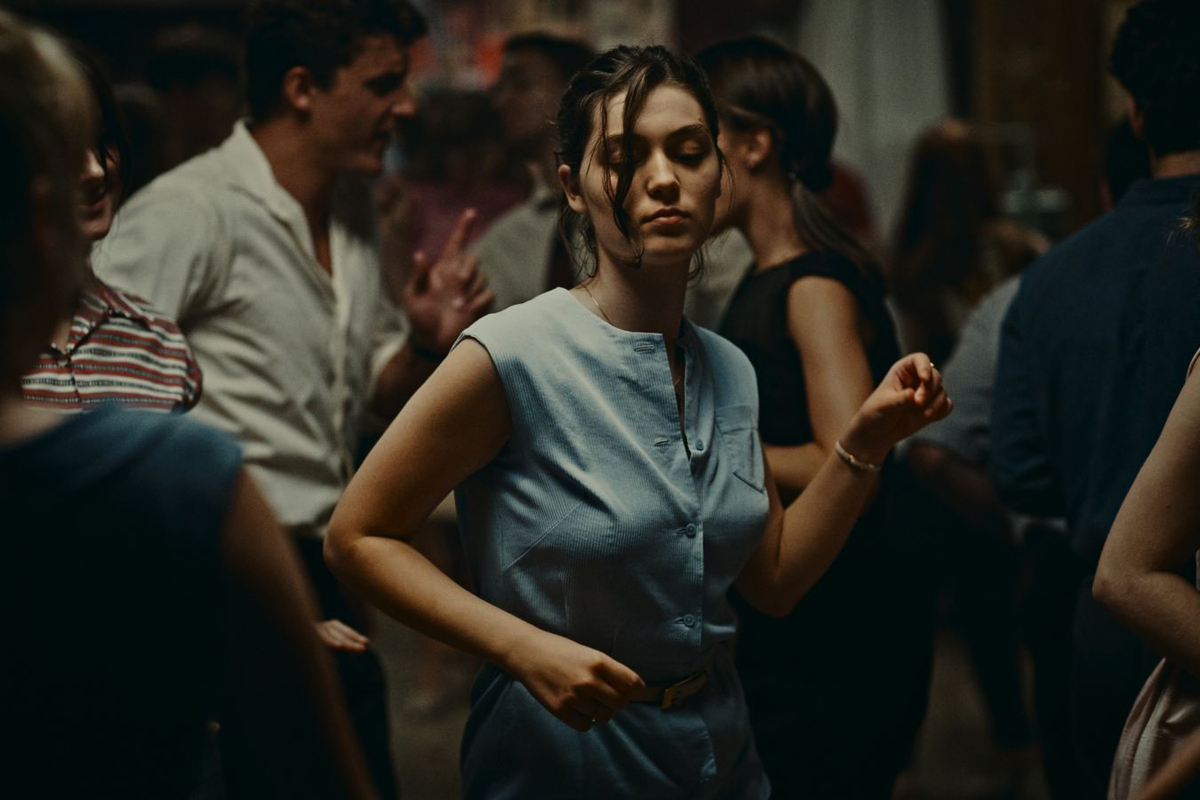 As of 2021—in certain parts of the United States, at least—a woman saddled with an unwanted pregnancy could feasibly order her abortion online, through one of a handful of virtual clinics that deliver the appropriate medications directly to a home address. Once you complete the prescreening, the whole process can be over in about a week: the pills arrive in a few days; you take the mifepristone to stop the fetus from growing and, twenty-four hours later, the misoprostol to expel it from your system. Barring complications, the abortion can be accomplished without ever needing to speak with anyone face-to-face.

The world in which French novelist Annie Ernaux found herself needing one such procedure was very different. Born in 1940 and raised in a provincial town in Normandy, Ernaux attended an all-girls private Catholic school, and her parents owned a grocery store. Despite the obstacles posed by her working-class upbringing, Ernaux went on to study literature at a university in nearby Rouen, where she excelled and aspired to some form of writerly greatness. But then, in 1963, her studies in full swing, she was forced to confront the paralyzing fact that her period was late.

“This thing had no place in language,” writes Ernaux in Happening, an account, nearly forty years later, of her efforts to acquire an illegal abortion, that murky, shameful operation capable of sending a desperate woman and her accomplices to jail. When the doctor confirms her condition, Ernaux recalls, she rips up her certificate of pregnancy—the first of her many stands against the “reality” inside her. She soon realizes there are “no clues, no lead,” merely some paltry references to abortion in the library’s medical journals; whispers of an acquaintance who managed to get one, though that person is nowhere to be found. Ernaux’s Happening thus unfolds not only as a historical document (complete with real diary entries) of particularly punitive times but also as a story of metaphysical despair and Kafkaesque searching. It is an attempt to make concrete the various facets of an “event” characterized by silence and mystery. 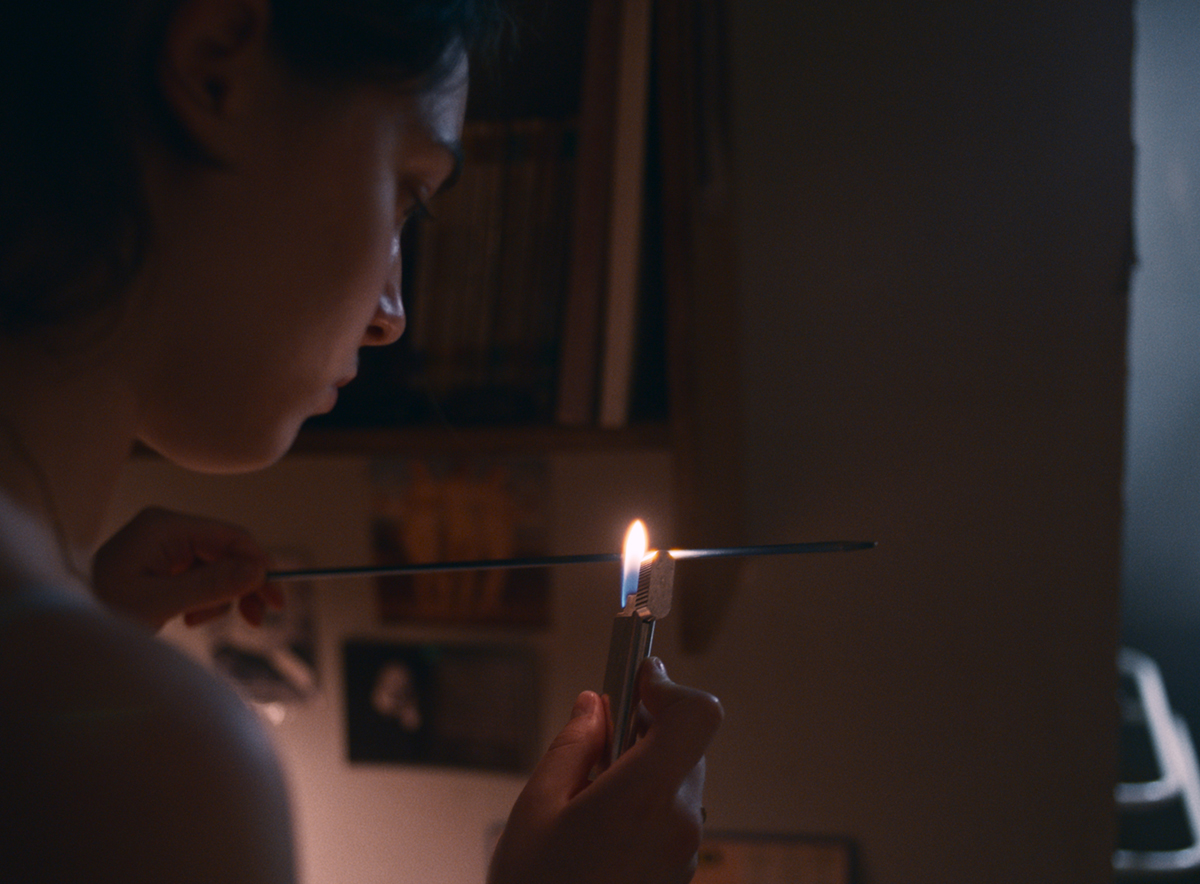 Audrey Diwan’s film adaptation of Happening arrives at a grimly opportune moment, particularly in the United States, where Republican legislators have begun pushing for restrictive abortion laws with renewed enthusiasm (and success), and where the entertainment industry has for the past several years seized upon feminist issues to generate content it deems enlightened and/or relatable. More thoughtful and visually sophisticated than what Hollywood tends to produce, Diwan’s rendition nevertheless has few ideas of its own—a disappointment, considering the conceptual experimentation (and knotty objectives) of the source novel.

In the film, Ernaux’s retrospective reckoning—in which the potentially hermetic form of first-person narration is enriched by the remove of memory and a much more sweeping perception of history—is whittled down to the dimensions of immersive experience. Stripped of the novel’s temporal maneuvering, Happening follows Anne (a nervy Anamaria Vartolomei) in the present tense, rendering edgy and palpable what Ernaux restrains through stark, measured language.

Cinematographer Laurent Tangy’s camera hovers over Anne’s shoulder as she steals food from the communal fridge; from behind when a bout of morning sickness has her puking into a toilet; in sharp close-up as she shimmies at a dance hall, the young people around her captured in blurry soft focus to convey her mental isolation. In an interview with the Guardian, Diwan revealed her formal intentions: “The idea was to focus on her body and not the setting. I asked myself: how can I film this so that we’re not watching Anne, but rather become her?” This immersive imperative keeps in step with the increasingly trite methods of contemporary art-house cinema that takes as its subject the “harrowing” lives of women, concerned as these films are with achieving empathy through vérité-style intimacy (think Kantemir Balagov’s Beanpole, or Eliza Hittman’s abortion drama Never Rarely Sometimes Always). Diwan’s approach, while neither sensationalist nor melodramatic, does betray a certain lack of imagination—however handsome Tangy’s vivid, sun-dappled images or tastefully glimpsed bodily viscera. 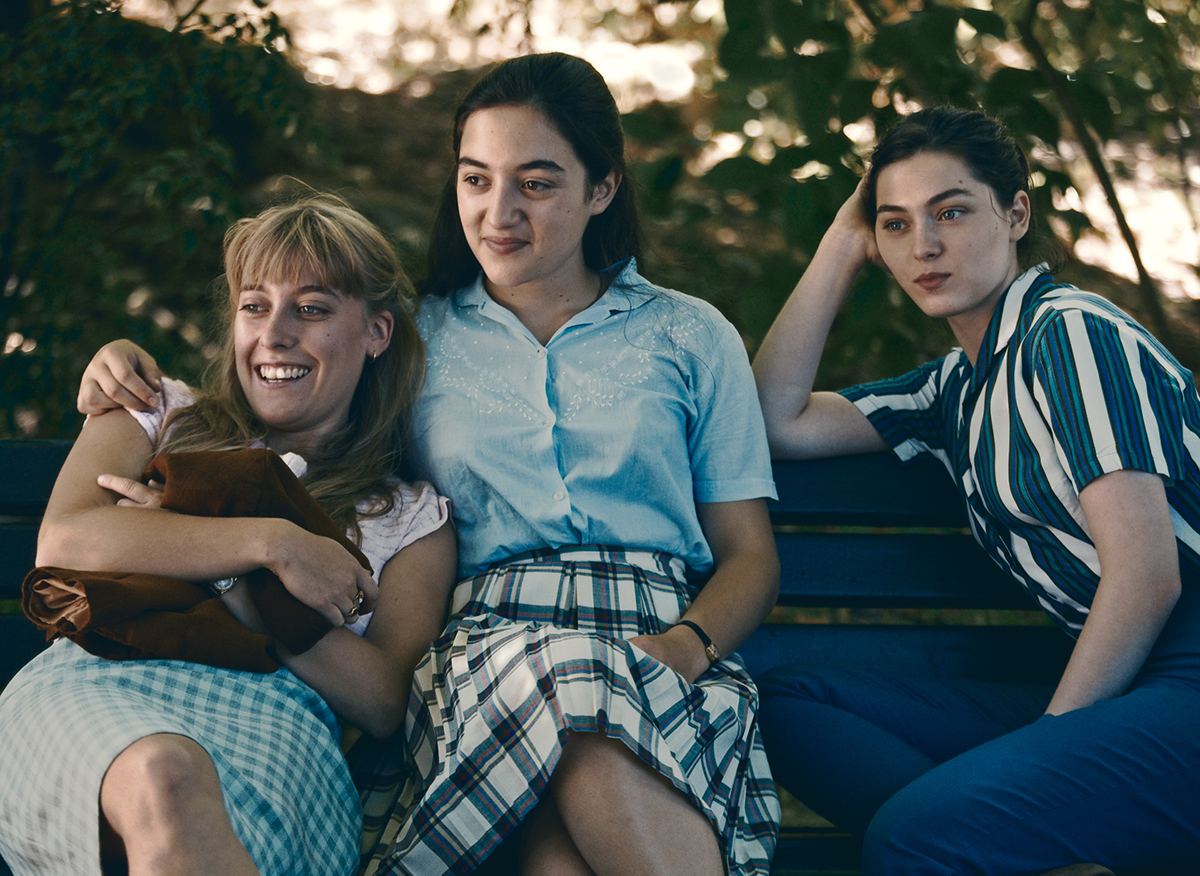 In any case, to sleep with a man is unacceptable. Particularly when that man is a blue-collar worker, as Anne discovers when she dabbles with a hunky firefighter to her classmates’ horror. The term “slut” is still very much a grave insult, and Anne can’t help but attribute her pregnancy to a kind of plebian moral failure. Diwan underscores this class dimension by calling attention to the circulation of money, or the lack thereof. When Anne visits her parents, her mother (Sandrine Bonnaire) slips her a wad of cash to her father’s chagrin; later, when she finally connects with an abortionist in Paris, she is forced to sell her personal items to raise the funds. 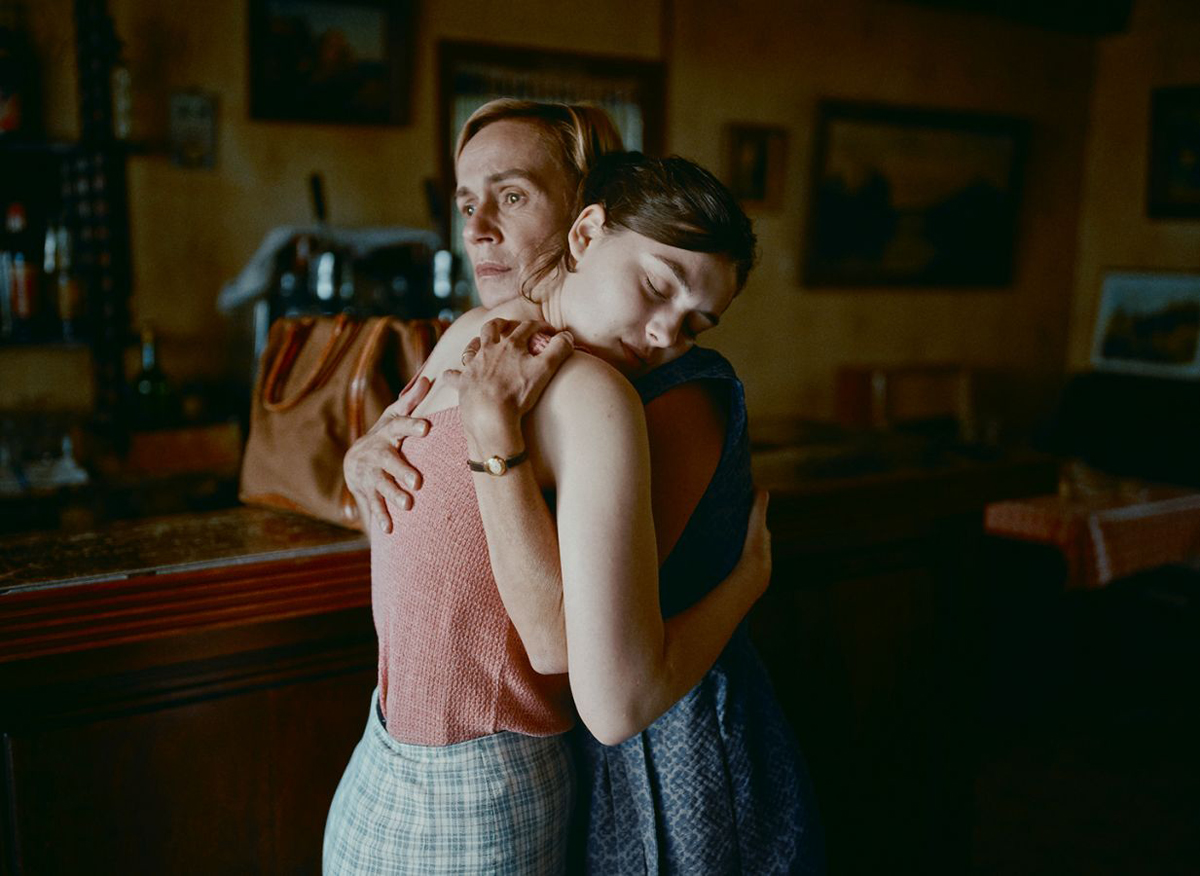 Diwan weaves these clear-cut markers of character development into Anne’s race against the clock—though I can’t help but miss the charged hyper-consciousness that Ernaux’s writing lends to the loss of identity entailed by her spiritual and bodily crisis. The activities that once energized her now feel beside the point: “In a strange way, my inability to write my thesis was far more alarming than my need to abort. It was the unmistakable sign of my silent downfall. . . . I had stopped being ‘an intellectual.’ ” In the film, we see Anne’s literature professor openly express his disappointment in her poor test grades—to which she responds with a look of tight-lipped malaise. It’s a display of dignified suffering that functions almost as an emotional catchall to every shame-filled interaction. This autopilot is punctuated by predictable episodes of corporeal pain—in the abortionist’s apartment, where Anne is instructed to stifle her screams, and later, in her dorm, where her friend clips her bloodied umbilical cord.

In her seminal The Body in Pain, Elaine Scarry writes about our inability to truly communicate the experience of physical agony—though images provide the starkest forms of evidence. Diwan consciously avoids the ugly voyeurism of an outright bloodbath—briefly but unmistakably, we see the fetus, the blood on the sheets—knowing full well the politics of exploitation surrounding the onscreen depiction of mangled female bodies, yet while still relying on grisly images to supposedly bring us closer to Anne’s ordeal. But there’s something more to the experience of the body under the particular duress of an unwanted pregnancy and an abortion—a singular strain of loneliness, a certain historical weight, the phantom traces of (unlearned) biases, and a lugubrious kind of anger. These feelings are possible even with a convenient mail-order abortion, which—it should go without saying—will still hurt. Experiences of this nature are loaded, and they warrant a language more precise, more unusual than the orthodox modes with which women’s suffering is repeatedly depicted in film.

Beatrice Loayza is the associate web editor at the Criterion Collection. She is a film critic for the New York Times and a contributor to Film Comment, Cinema Scope, the Baffler, and other publications.