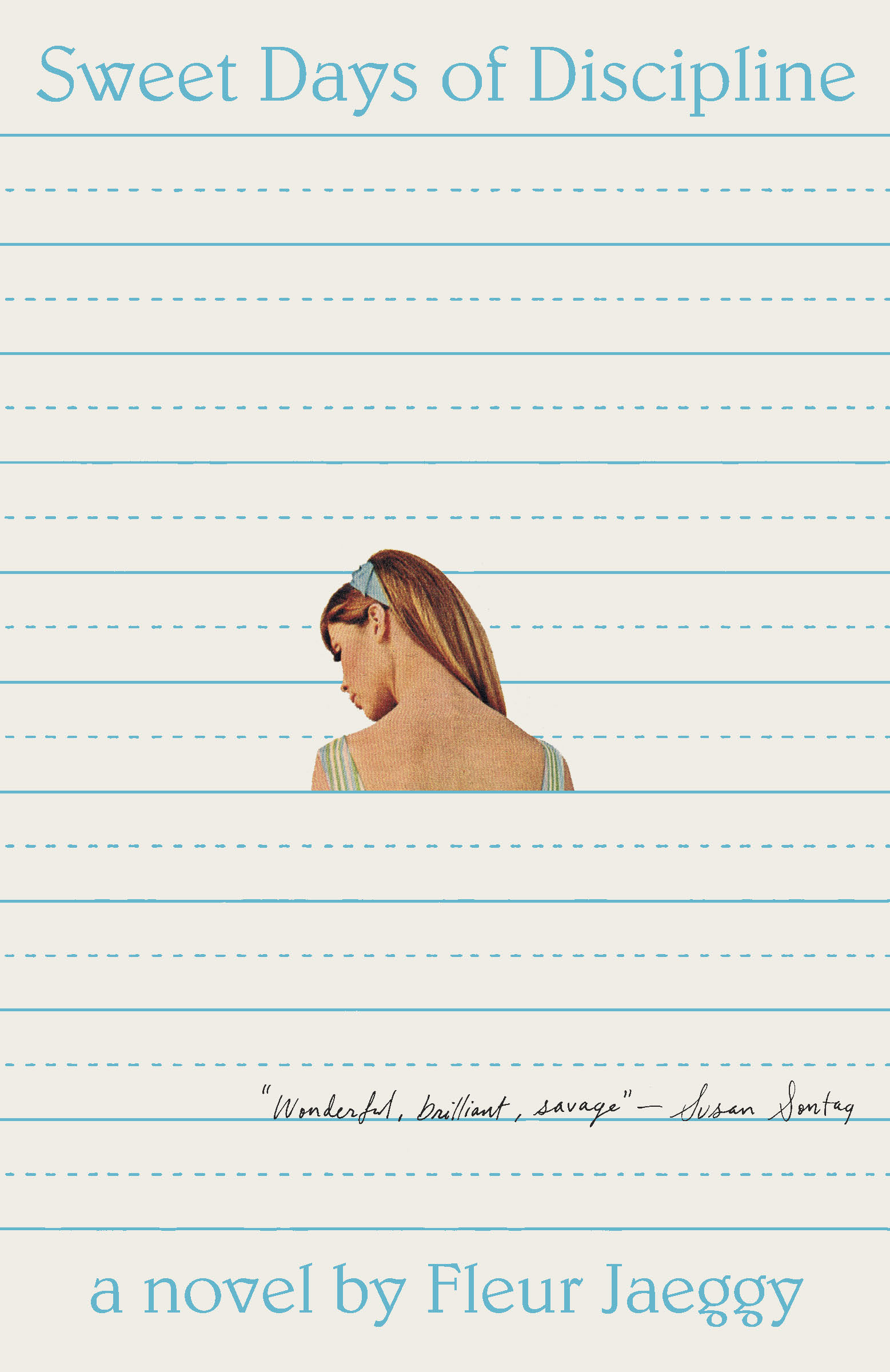 Of the white women novelists rediscovered of late, it caught my attention that Renata Adler, Anna Kavan, and Fleur Jaeggy all spent their girlhood in boarding schools, a biographical detail coolly refracted in their work, writing that benefits from the mystique of privilege. The narrator of Adler’s Speedboat reckons she does not know anyone who went to boarding school “who did not incur a slight, though permanently laming or disfiguring injury on its fields.” The heroine of Kavan’s Let Me Alone is sent away, “dragged like a seedling from the earth where the young, sensitive tendrils of her life had taken root.” But no one advances the thesis of boarding school as fundamentally injurious to children further than Jaeggy. Her cult novel Sweet Days of Discipline (now reissued on its thirtieth anniversary) is a brisk reminiscence of a platonic romance at a small boarding school high up in the Alps. Many of the girls are rendered spiritual cripples.

It has been reported that translator Tim Parks found Sweet Days of Discipline accidentally, while browsing in a bookstore in Italy, where the exceptionally thin novel had been published to great acclaim in 1989. With his 1991 translation of the book, Parks effectively introduced the Swiss-born Jaeggy to English-speaking audiences, though she had been publishing in Italian since 1968, and he has since provided a slight window into the world inhabited by the writer, who is taciturn when she can be found at all. Parks has called the fanatical and depressed—and unnamed—narrator of Sweet Days “Jaeggy’s at once well-to-do and deprived alter ego,” who shares her “polygot Swiss education.” Jaeggy culled the story, and its chilly atmosphere, from her own childhood. Aaron Robertson wrote that she was shuttled between “schools in Villa Pacis and Zug, where nuns explained how to govern households.” In light of its reissue by New Directions, I urge you to keep this layer of personal history in mind, as it adds an icy film to a novel particularly subterranean in its pleasures.

À la The Magic Mountain, Jaeggy deftly situates this mountain boarding school as a breeding ground for bourgeois sterility. Pervasive is “this sense of tropical stagnation, a thwarted luxuriance,” she writes. “You have the feeling that inside something serenely gloomy and a little sick is going on.” So very little happens in the life of a boarder! The onus is on the girls to entertain themselves. This is the central tenet of Sweet Days of Discipline, which is narrated by an old woman who, looking back at her fourteenth year, sees her obsession with another girl as the pivotal event in her life. Her memories capture an intoxicating lethargy across the school, punctuated only by dances and the arrivals of new students. “Almost all of us have been lured into a state of stupor . . . a sort of senile childhood was protracted almost to insanity.” With few traditional avenues to stimulation open to her—like answering letters, which she does not receive, or sexual precocity, which she cannot imagine—the narrator turns to female friendship, with all its avenues for perversity. (She rejects the option of suicide, though she “understood those children who jump from the top floor of a school simply to do something disordered.”)

By the second page, she is frantic to “conquer” a new student, a sophisticated child named Frédérique—so sophisticated, we are told, she is a nihilist already. Our narrator struggles to impress her by feigning erudition. “The important thing was to prepare for my conversations with Frédérique. I had read a few lines of Novalis about suicide and perfection.” The grandiosity with which she sees her predicament is immense; she compares solidifying their friendship to battle. She visualizes Frédérique’s underwear folded in her drawers “like altar cloths, her thoughts folded too, in their nightly starch.” She can barely breathe. She copies Frédérique’s handwriting, as if attempting to become her. She pretends to like abstract art. “Everything was so lofty and tense, words, tone and manner were weighed up, it took a certain mental effort.” We watch, enraptured, as she exhausts “what might be called spiritual energy” on Frédérique, unable to spur any kind of physical denouement. This is a courtship novel in which the restrictions of platonic love are unwelcome and impenetrable obstacles.

This non-affair is imbued with an almost mythological significance, while the narrator’s confusion atrophies to reveal more untoward preoccupations underneath. She references illness, dying, religion over and over, as if massaging rosary beads in her mind. The themes are so potent and heavy-handed, their odor wafts like rotting fruit from the spine of the book. The girls have “a faint mortuary smell”; people she knew occupy tombs in a wall in her mind; the only men she remembers were “old, or mad, or caretakers.” The book gets whipped up by the narrator’s frenzy. Jaeggy puts an end to the proceedings with a sort of dead flourish. Just as their relationship begins to cement—with Frédérique seemingly returning her affections, or at least willingly accompanying her on walks—the narrator suddenly and inexplicably dumps her crush for a new girl, someone simple and stupid, someone for whom a child’s religious fervor would be wasted. (“She gave me a kiss, the way she might have kissed her horse.”) Frédérique randomly leaves school. A relative has died, but it feels like an injunction from God against the narrator for being so frivolous with her emotions.

The effect of a cruelty so abrupt and pedestrian is compounded by the understanding that the narrator is as shocked to discover her own behavior as the reader. She’s distraught to remember her rejection of Frédérique, we’re distraught to see her passion dissolve. A certain tautness in the text gives way as the plot ties up loose ends, the present and past tense fuse, we lose track; the narrator refers to herself a few times in the third person. She is older now, and finds Frédérique again, the girl who got away. We get only a glimpse. And then, another, a snippet like a gift: “Some years later, Frédérique tried to burn down her house in Geneva, the curtains, the paintings and her mother. Her mother was reading in the lounge.” (Many of the characters in Jaeggy’s stories try to burn their homes.)

If the book were longer I’d have to admit its flaws: repetitions (meant, perhaps, to mirror a disturbed mind), further culs de sac in the plot, some rather high-handed metaphors. But clocking in at a sharp 101 pages, you’re finished before you can lodge a complaint, its contents going down as smoothly as a martini served in an ice-cold glass. How else to describe this writing: “She had been the most disciplined, respectful, ordered, perfect girl, it almost made your flesh creep . . . She could even tidy the shelves of the void.”

Kaitlin Phillips is a native Montanan living in Manhattan. Her writing and criticism appears regularly in Bookforum, Artforum, SSENSE, Vogue, and New York, among other publications. She publishes her diary serially in n+1.