In Iván Zulueta’s 1979 film, the cinema of addiction and the addiction
of cinema. 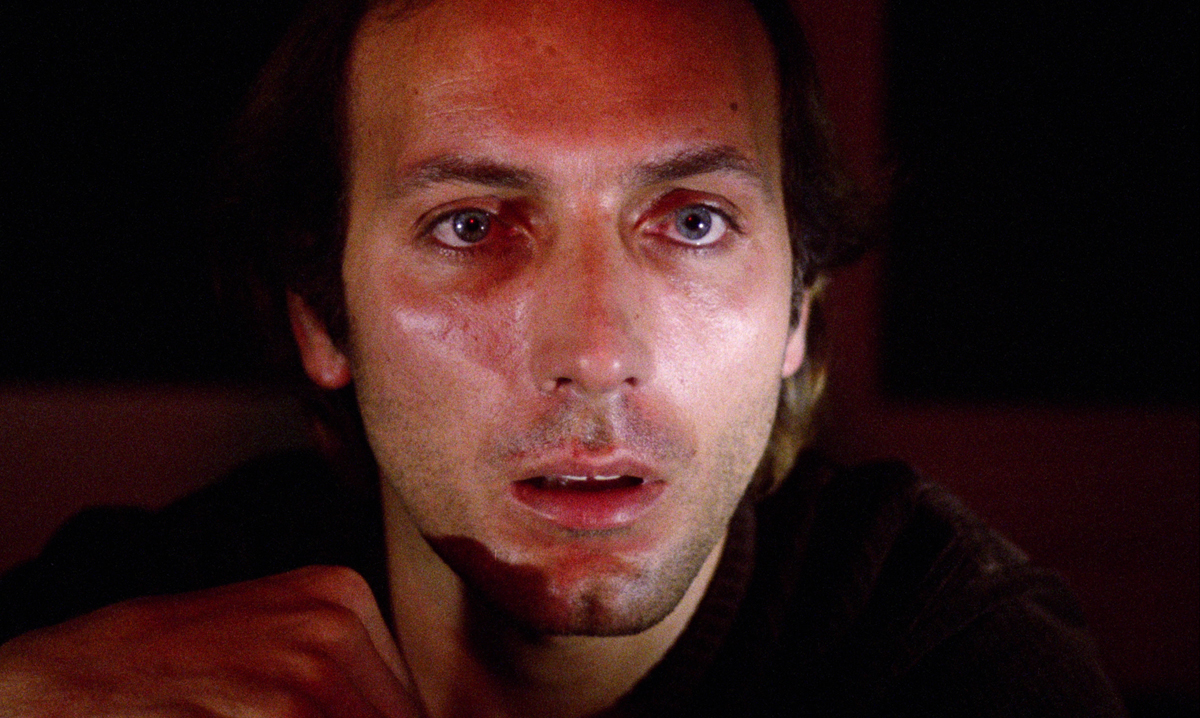 Cinema is an insubordinate art. Because it can reproduce the rhythms and textures of daily life in moving images that reflect lived experience and because it has sometimes commanded a mass audience, it has been asked to act as an accessible, legible, instruction-manual-type art, something to render the welter of the world comprehensible to the muddled mob and teach them how to behave. The problem was that movies never reliably worked like that or, really, in any other calculably useful way. Created by level-headed, pragmatic, late-Victorian businessmen looking to turn a quick franc or buck, they became a magnet for kooks, fanatics, mystics, and perverts, freaks attracted by some wayward, mutinous quality incipient in the cinema ritual that the steady, sturdy bourgeoisie hadn’t noticed. The managerial minds of the twenty-first century have just about run out of patience with this messy medium, which, even when employed with the most constructive and instructive intentions, might still be shanghaied by a viewer pursuing private prerogatives of pleasure. Today a pharmacist’s script for reliably measured gel-capsule doses of streaming Original Series is issued as a replacement for the seedy back-alley cinema score, because that stepped-on street stuff is unpredictable, and the languorous moviegoer is nearly as unproductive a member of society as the underpass junkie.

The late Spanish filmmaker Iván Zulueta’s 1979 Arrebato, arriving for a weeklong 35mm run at Anthology Film Archives, draws an elaborate parallel between the monomaniacal pursuits of drug addiction and cinema: the former, of course, a more socially acceptable habit than the latter, both united by their time-bending (and many would say time-wasting) properties. It’s a movie about two men, mostly conversing from a distance, who’ve abandoned their lives and themselves to the pursuit of euphoria—the film’s title translates as “Rapture”—in their sequestered autonomy beholden only to the inscrutable, ironclad, and arbitrary laws that govern the lives of addicts and other obsessives, such as cinephiles.

The first of Arrebato’s twinned protagonists to be introduced is Madrid-based film director José Sirgado (Eusebio Poncela, later seen in Pedro Almodóvar’s 1987 Law of Desire), a genre hack and habitual heroin user who, from what we can ascertain, makes a living grinding out werewolf movies of only slightly more artistic ambition than the average Paul Naschy production. Arriving home from a listless, halfhearted Friday-evening editing session, José receives a reel of 8mm film and an audio tape from his concierge, artifacts that prove to be the last will and testament of Pedro (Will More), a former girlfriend’s cousin and an amateur avant-garde filmmaker who’d taken a shine to José when they met some time ago at the country home of the aforementioned ex’s aunt. 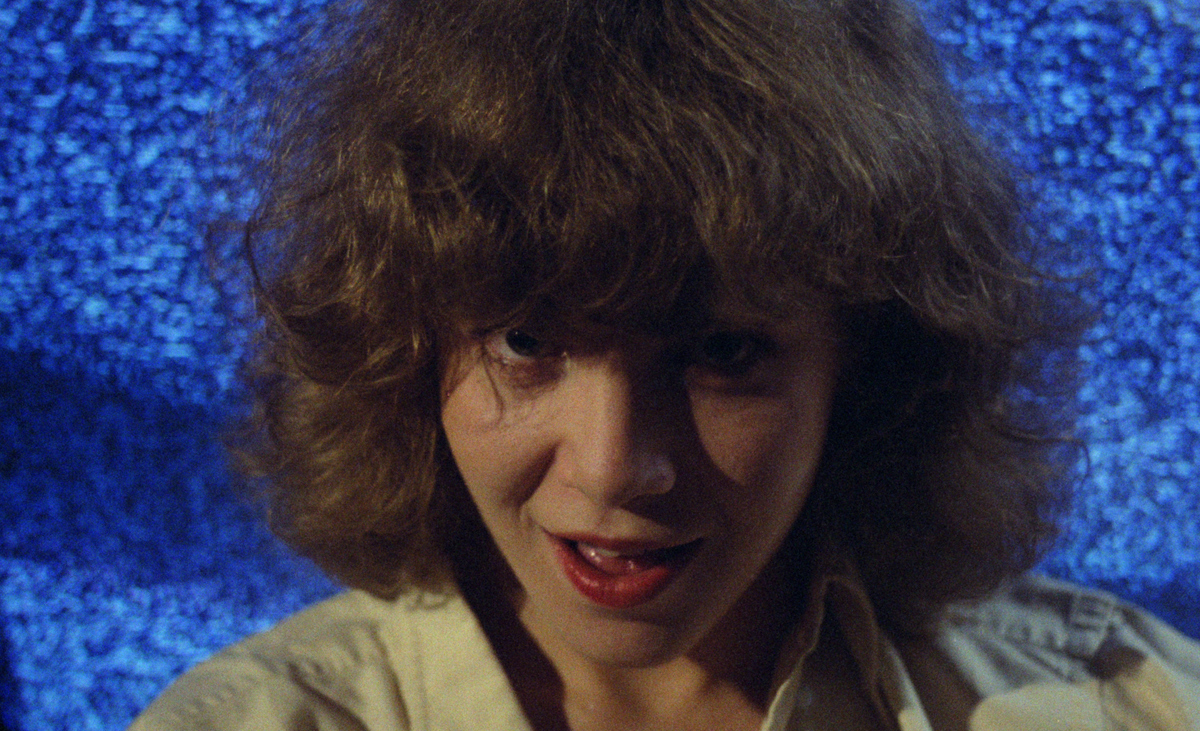 The film’s present-tense scenes consist mainly of housebound junkie José’s long, dozy, smacked-to-the-tits weekend, days bleeding into nights passed in semiconsciousness in his apartment in the company of another ex-girlfriend, Ana (Cecilia Roth, another Almodóvar regular), who has suddenly resurfaced. José and Ana, wandering along the solipsistic tunnels of their individual highs, occasionally notice each other long enough to toss some recriminations back and forth, but these arguments are just spasms of sentimental muscle memory. The romance that the movie really lingers on, and spends much of its time revisiting, is that between José and Pedro, a phantom who haunts the apartment via flashbacks, the tape-recorded “letter” he’s addressed to José, and his final film, which José threads up and watches on his home projector.

Pedro’s address to José, dictated from the edge of oblivion in an unrecognizable rasp suggestive of lycanthropic transformation, structures what narrative Arrebato can be said to have. When José first meets Pedro, the latter is a timorous, young would-be hedonist who, in making 8mm movies, has found a means of accessing orgasmic release—he’s a mostly celibate, almost monastic backyard moviemaker of fanatic convictions, questionable gifts, and unaffected eccentricity. (More’s poker-faced performance as the glowering, cinema-possessed Pedro generates a few very funny moments, as when he appears crouching like a gargoyle on the mantel in José’s guest room one night.) 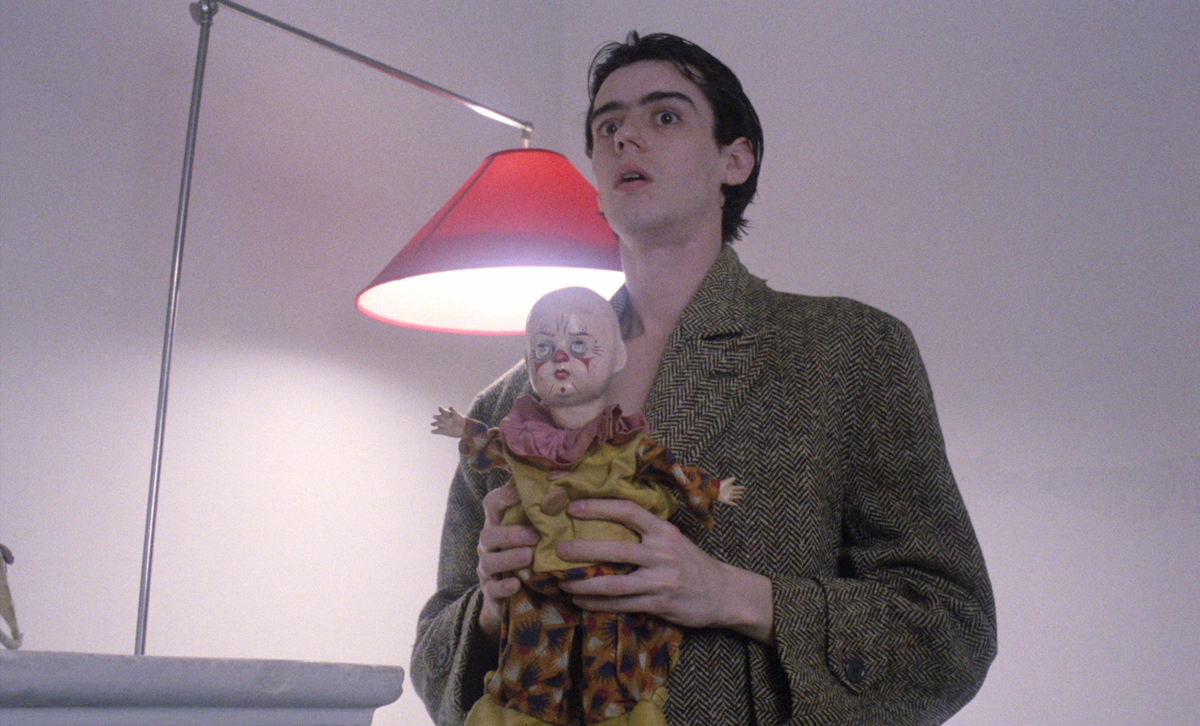 Will More as Pedro in Arrebato. Courtesy Altered Innocence.

Where José has resigned himself to serving cinema’s mercantile tradition, Pedro, privately pursuing his rabbit-hole research without thought of profit, is one of its solitary mad scientists. (Here, as with the mystery of Pedro’s alteration, Zulueta is smuggling horror/fantasy tropes in the trappings of a drug movie.) Pedro’s final small-gauge experiment, screened by the dope-sick José in his living room, is a document of the rapidly unraveling film diarist’s investigation into a mysterious photochemical phenomenon he’s stumbled across through filming himself while sleeping. In Arrebato’s last act, which finds José totally absorbed in Pedro’s film and his strange quest, it becomes a movie about one run-down sybarite who’s coming apart at the seams bearing witness to the spectacle of another run-down sybarite who has come apart at the seams, both “reunited” on celluloid in the film’s inspired and singularly unnerving closing scene. If you watch the movie and aren’t keeping it together particularly well yourself—and who is these days?—this can all add up to a disquieting hall-of-mirrors effect.

Rolled out in Spanish cinemas in 1979 and 1980, Arrebato is a product of the La Movida Madrileña counterculture in the Spanish capital, a cultural dam burst following the death in 1975 of Francisco Franco that unloosed all the defiant energy, louche libertinage, and artistic audacity previously held in abeyance by his arch-conservative military dictatorship. Zulueta, in addition to earlier work in television and Super 8 shorts that remain practically unseen outside Spain, designed the flamboyant, trashy-glammy posters for Almodóvar’s first features, probably the most internationally well-known cultural products of this era. Several of Zulueta’s graphic works—including his one-sheet for the long-delayed 1977 release of Luis Buñuel’s 1961 Viridiana—are brought in to play background décor in Arrebato, his only theatrical feature with a directing credit, a final, strangled howl before his own drug use sidetracked his filmmaking career. (His lone other feature, 1970’s Un dos tres al escondite inglés, was credited to producer José Luis Borau, as Zulueta lacked a director’s union card when he made it.)

“He never filmed a single banal image,” Almodóvar wrote in a tribute to Zulueta, and Arrebato abounds in the punchy compositions that you might expect from a designer-director—a striking close-up of Roth, pouting, set off against a sea of television static, to take one example—though little of the flippant fun associated with the young Almodóvar, or the carnivalesque, anarchic spirit of the La Movida Madrileña years. Arrebato is less free-for-all than free fall, its dominant moods gnawing anxiety and ambient menace, both evidenced in a majestically sleazy sequence that follows a swaggering, squiffed, leather-pants-clad Pedro on a round of predatory nightlife trawling that’s set to a snarling, reverb-soaked shredder by the one-and-done Basque punk act Negativo. 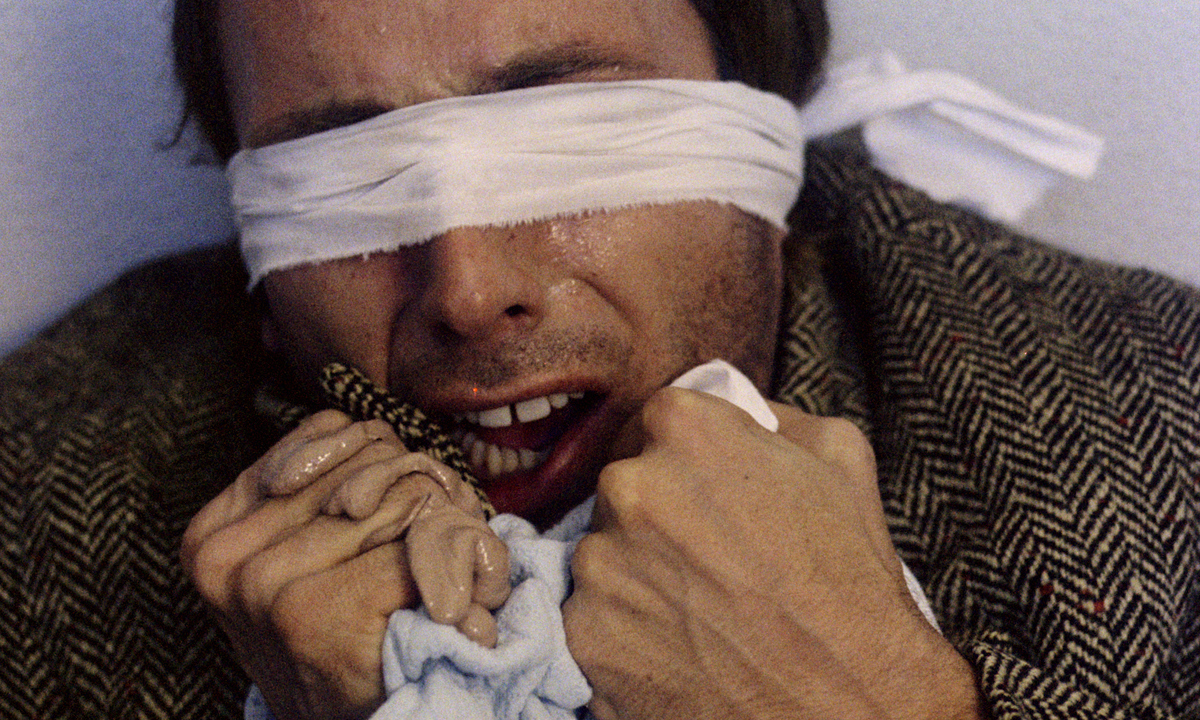 Filmed in the middle of a nationwide spree, Arrebato is a blighted, frightened piece of work. You may want to back away from it sometimes, but its weird, nodding, incantatory pull keeps you hanging around for another fix. While Spanish cinema was cautiously stretching out limbs, newly unencumbered by fetters of totalitarian thought control, Zulueta produced a film wracked by a fear of film, a fear of the cold, unfeeling mechanism of the movie camera: as Pedro begins his final descent into madness, his tripod-mounted Canon starts to swivel and pivot of its own volition. Though its characters have isolated themselves from the outside world, this movie about the eerie occult powers of movies is no act of artistic navel-gazing oblivious to cinema’s uncertain place in society. In fact, Arrebato seems to affirm the fears of the dead caudillo and his censorious regime. “You were right to be afraid of the cinema, Francisco,” it says, “because it cannot be controlled.”