Lose your illusions: Rachel Cusk offers the third novel in her
autofiction trilogy. 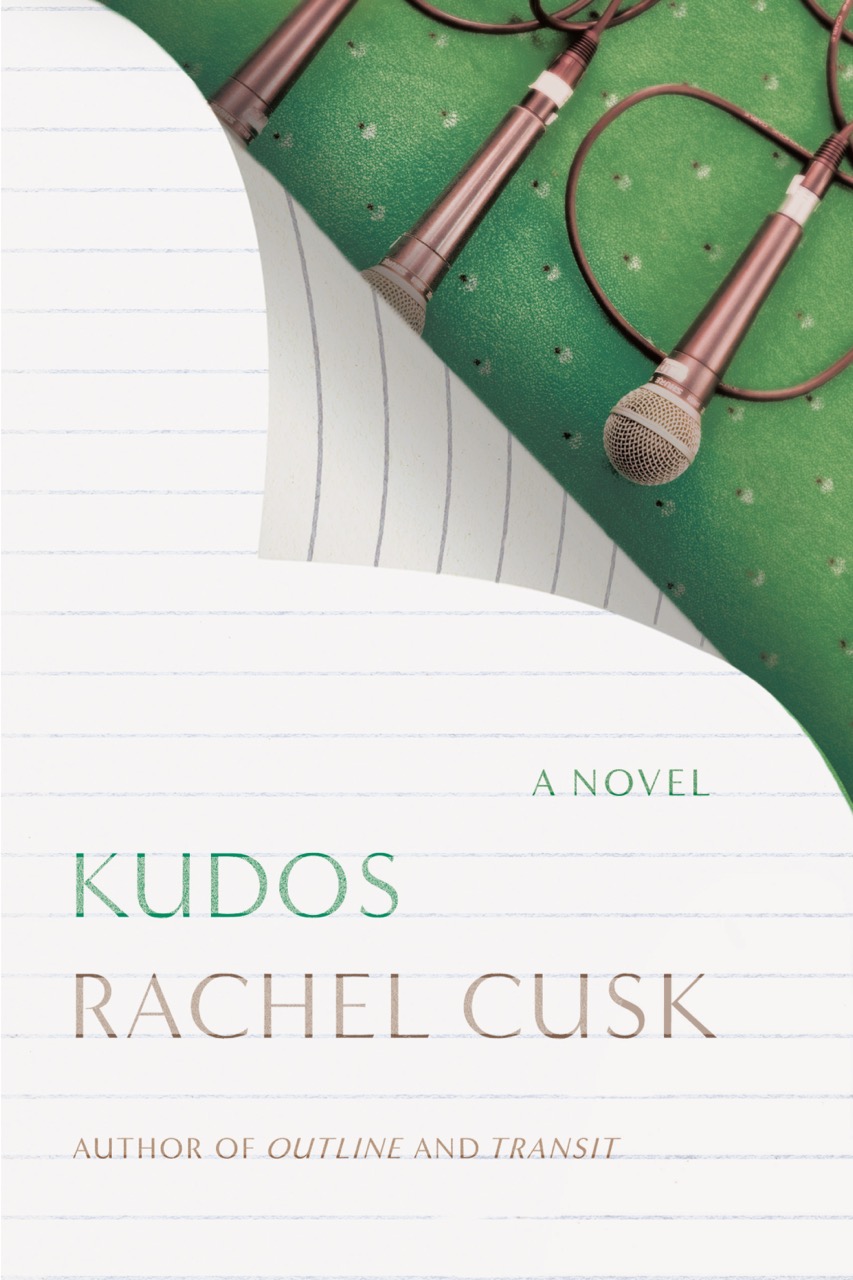 A curious defining trait of the novel is its ability to ingest other forms or genres—short stories, lyric poems, tragedies, texts, sexts—without losing its identity. This capaciousness and elasticity is also how we know the novel is still able to evolve, to stay alive as a form. But what happens when fundamental aspects of the novel are stripped away? Can it survive a program of reduction or does it morph into something else? These are among the questions raised by a range of writers—Jenny Offill, Sheila Heti, Chris Kraus, Karl Ove Knausgaard—who have tired of certain novelistic conventions—plot, character development—and whose work has been addressed under the rubric “autofiction” because it blends autobiography and fiction.

The London-based writer Rachel Cusk is often included in this autofiction posse, though her work has as many affinities with the essay and drama as with memoir. Still, there is a sense of Cusk the actual person haunting her recent trilogy, of which the new novel Kudos is the final installment. She’s published several memoirs, one of which, 2012’s Aftermath, was controversial in the UK for its bitter depictions of Cusk’s marriage and divorce. Whatever she’s writing, she is always working through the same interrelated themes of marital bondage, freedom, and the fate of women living in a patriarchal social order. The point and appeal of doing so in a novelistic mode, however stripped down, becomes clear by the end of Kudos.

As in Outline (2014), the first novel in the trilogy (the second is 2016’s Transit), Kudos begins with a lone female protagonist en route to somewhere. When the tall Englishman sitting beside her on the plane finally pauses in his entitled whinging about the lack of legroom to ask about her, she tells him she’s a writer on her way to speak at a literary festival. “Immediately his face assumed an expression of polite interest,” Cusk remarks. It is one of many quietly scathing moments. The man, we are being told, is a philistine. But if her seatmate fails to elicit anything more than these bare facts about her, the reader fares little better, either here at the start or over the course of the narrative. Although the novel’s overall mode is basically a pared-down realism, we are given none of the usual fictive context that might make us care, identify, and sympathize with the protagonist. What’s to prevent our interest from being merely “polite” as well?

That’s the question to which Kudos is the utterly self-assured reply. The book’s main setting—a drab, inconvenient hotel in an ugly minor city in southern Europe—functions as a wide empty stage on which Cusk’s astringency and intelligence can stand forth in all their bleak beauty and rigor. The novel’s structure is programmatically linear: a series of encounters the writer has with people she meets—publisher, journalist, philanthropist—linked by short transitional passages wherein there is nary a sentence that doesn’t have something arresting or noteworthy about it—word choice, phrasal felicity, metaphor:

I had been told that the interviewer was waiting for me outside in the hotel garden. The muffled oceanic roar of traffic rose steadily from the nearby road. She was sitting alone on a bench amid the raw planted beds and network of gravel paths, gazing down the hill towards the city where the snaking dark shape of the river wound through the old town, trapped by the intricate architecture clamped to its sides. The blackened spikes of the cathedral could be seen jutting above the rooftops.

Cusk has the gift of being able to establish a scene or character with one or two brushstrokes. The airplane seatmate, for example, is said to have “exuded an air of anonymous and slightly provincial manliness, like a soldier in uniform.” In such a minimalist novel, which has at the same time so much to say, such technical finesse is mandatory.

The writer moves obediently from one station of the literary-festival cross to the next—attending a panel, bumping into a hyper-competitive fellow writer, riding a bus to the restaurant where the delegates eat at long tables like inmates, waiting to be interviewed by a journalist who ends up doing all the talking. The title, Kudos, acquires an ironic meaning: international literary acclaim is simultaneously bestowed and withdrawn by a sleight of hand in which the lesser figures and institutions that are supposed to be celebrating the writer’s vision turn the spotlight on themselves.

Yet the stories told by these same wounded, self-involved souls form the heart of Kudos. Most of these testimonials have to do with the bonds of marriage and family, and the desire to break with them. A writer who longed to be free of her husband and daughter so that she could concentrate on her work tells of a nightmarish stay at a residency presided over by a sadistic countess. A journalist relates her envy of her sister’s marriage, the secret falsity at the heart of her own, and the moment when her husband makes an announcement that changes everything: “I felt our whole life cleave apart, as though someone had cut it open with a great bright blade; I almost felt I could see the sky and the open air through the ceiling of our kitchen and feel the wind and rain coming through the walls.”

Kudos has a confessional, ruminative quality reminiscent of W.G. Sebald, along with a Sebaldian weltschmerz. A recurrent theme is that of losing one’s illusions, seeing life—especially life as a woman—as it truly is, and having the strength and honesty to tell one’s truth: the question of whether there was “an honesty to which no moral bias could be ascribed, that is interested neither in debunking nor in reforming, that has no compass of its own and can describe evil as dispassionately as virtue . . . that is as pure and reflective as water or glass.” This is clearly Cusk’s wish for herself and her work, her ideal.

Flowing forth with little to no prompting, the characters’ polished, literary monologues continually threaten to disrupt the larger realism of the novel, but somehow their artifice fails to undercut their power to engross. Cusk is placing her faith in the power of their hard-won wisdom, and the stories of how it was arrived at, to carry the narrative. The characters who are the all-important vectors of this knowledge are brought quickly to life but are not developed—they are often not even given names. They appear, deliver their soliloquies, and disappear. The overall effect is of an argument about suffering and solitude that is advanced across a series of nodes or relay points—of a living work of art, in short.

Cusk has largely abandoned plot; why not character too? What justifies the use of fictive personae as vehicles for her views? Why not just publish a collection of essays or aphorisms? It’s because Cusk simply has an abiding fascination with the quirks and oddities of individuals, with the voices of people beyond herself. Refracted through fictive others, her vision is more powerful and polyvocal, and at the same time the loneliness that haunts her work is made more bearable and resonant by being shared and affirmed by this community of fellow sufferers.